Handel
Esther, HWV50a – Oratorio in three Acts [sic] to an anonymous libretto after Jean Racine [1718/1720 version in an edition by John Butt] 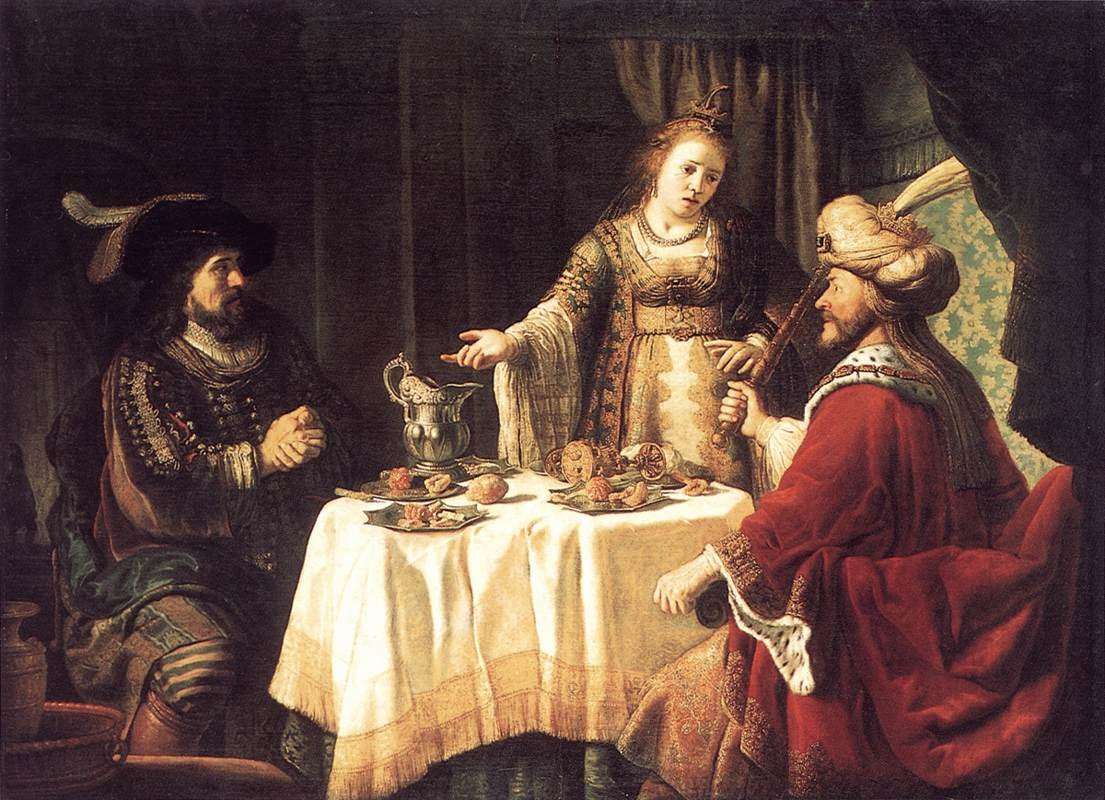 Having opened with Acis and Galatea, the London Handel Festival continued its examination of the year 1718 with this performance of the composer’s first attempt at English Oratorio, based on an Old Testament story. It is certainly not as expansive as the great examples he would write two decades later and beyond in terms of their dramatic Biblical or Classical narratives with substantial choral movements and more-rounded solo characters. But as a pioneer of the form, Esther clearly encompasses theatrical pretensions in that its libretto was based on a play by Jean Racine, and in 1731 it became the only Oratorio by Handel to be fully staged as a drama in his lifetime (albeit in a private performance) before he embarked on a more extensive revision of it the following year (HWV50b) which included interpolations from two of the Coronation Anthems as well as newly composed additions.

There is only circumstantial evidence that Handel originally composed and mounted the work in 1718. Scholarly opinion suggests that the score which comes down to us from performances in London in 1720 (HWV50a) and usually heard in the concert hall and in recordings, probably represents an intermediate revision of a now-missing Urtext which may have been staged as a masque at the Duke of Chandos’s residence at Cannons in 1718, like Acis and Galatea.

The sequence followed in this putative tercentenary anniversary performance at Wigmore Hall was that assembled by John Butt (and already set down on his recording with the Dunedin Consort) which only slightly re-orders some of the movements and omits a small number of others, as compared with the 1720 score as handed down, but organises the originally continuous sequence into three Acts. No music has been reconstructed or discovered and it can all be found, for example, in Friedrich Chrysander’s edition of 1882 for his complete Handel publication.

The reduced forces of this performance by the London Handel Orchestra under Adrian Butterfield’s direction recalled the sort of limited resources Handel himself had to work with during his time at Cannons, and the chorus here comprised the soloists in ensemble with the addition of one other voice to each part, making a dozen altogether. Owing to a late train I only heard about half the music, and on the basis of this the performance did not really find its feet. The smaller number of chorus members ensured a generally supple and responsive interpretation of the choral settings, though the majestic, large-rondo form of the concluding chorus – in itself, like one of the Chandos Anthems – could have sustained more breadth and continuity through its episodes, and the melismatic vocal roulades were decidedly shaky at a couple of points.

Erica Eloff was impressive in her forthright, extrovert depiction of Esther who manages to work her charm on the Persian king Ahasverus, so as to avert the genocidal inclinations of the chief minister, Haman, who wishes to expunge the Jewish race for Mordecai’s lèse-majesté in not bowing to the king. Josep-Ramon Olivé was vociferous as Haman, projecting powerfully, if without nuance, such that in the quieter dynamic range of ‘Turn not, O Queen’, his tone sounded a touch wobbly, though James Eastaway’s wailing oboe solo provided an effective counterpoint in ‘How art thou fall’n’. William Wallace sang Ahasverus brightly though with wide vibrato, so not quite maintaining control in the more florid vocal displays of ‘How can I sat when love invites?’ for example.

On the evidence of the one contribution by Stephen Mills that I heard, he sang with a fresh open sound, so it was a pity not to be able to confirm whether that also withstood scrutiny in the comparatively well-known number from the work, the ethereal ‘Tune your harps’. A friend who heard the entire performance confirmed that the orchestra’s insecure intonation was not solely confined to the half that I experienced, though rasping horns and trumpet added colour and ceremony to the chorus ‘He comes, He comes to end our woes’. More dramatic presence in the music overall would have brought the work to life.