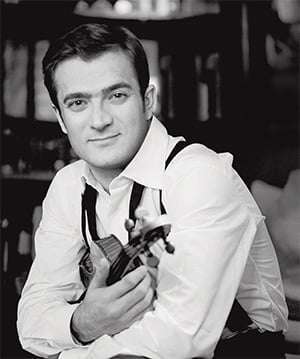 It is good news that a conductor from the mid-generation, here Jukka-Pekka Saraste (he’s 57), remains faithful to Robert Haas’s edition of Bruckner’s Eighth Symphony, and it was also good to hear Robert Schumann’s from-beyond-the-grave Violin Concerto.

The latter, written quickly in 1853, is a creation from the composer’s mentally-disturbed final years and, after his death, was suppressed for reasons of quality control by both Schumann’s widow, Clara, and by the intended soloist, Joseph Joachim. The manuscript, left to be forgotten, didn’t come to light until the 1930s. Although it will never be standard repertoire, and is not Schumann at his greatest, the Violin Concerto is nevertheless alive with feeling and contains the most-tender asides, and there is a passionate part with an expressive caprice for the soloist that is true to its creator. It’s not a display piece, but requires an art-concealing virtuosity, amply supplied here by Renaud Capuçon, who clearly believes in the music, shaping it with affection and never trying to inflate it. The poetic slow movement, something of a ‘forest legend’ in effect, also ensnared the LPO’s principal cellist Kristina Blaumane into a rich yet sensitive contribution and, as throughout, Saraste and the London Philharmonic offered an aerated accompaniment that doffed its hat to Schumann’s light if engaging textures and Capuçon’s unforced playing, culminating in a suitably majestic reading of the finale, in the style of a polonaise. 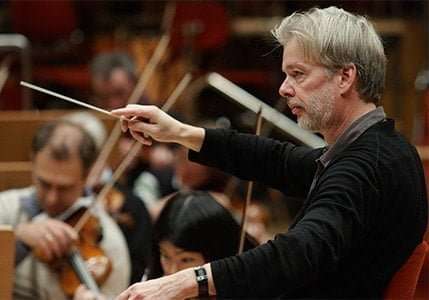 With Bruckner’s mighty Eighth Symphony, we have two versions prepared by the composer, one from 1887, the other from 1890. Leopold Nowak’s publication of the ‘pure’ latter accepts a cut in the slow movement and some treading-water bars in the finale. Haas’s, for all that he worked-in some aspects of 1887, has the more satisfying Adagio with extra bars and without the abruptness that disfigures the Nowak, however much it may reflect the composer’s possibly-coerced revised design. Haas was favoured by conductors such as Karajan and Wand, and also by Haitink who has though in recent years turned to Nowak. Allowing for an imminent new edition, which it seems finds Haas rather less ‘guilty’ of editorial crimes than his detractors would like to admit, his version remains preferable; good that it remains in some conductors’ nets, including, across the age-gap, Dohnányi and Nézet-Séguin.

Saraste’s quick-footed, 70-minute account (12/15/23/20) was rigorously organised and always with a sure sense of forward motion, pressing ahead; and despite some mysterious tremolos and expressive horn and oboe solos, the first movement had an element of ruthlessness, impatience even, on Saraste’s part for all that the LPO’s playing was powerfully visceral and vividly detailed. At least Saraste made no concession to the stopping of the clock at this movement’s very end by the introduction of an ill-advised rallentando. Locomotion also informed the scherzo, always on track yet with some welcome delectation of inner parts and quieter dynamics; with the trio, introducing the sparely-used harps (Bruckner’s request for three granted), Saraste refused to linger but there remained some reverie.

The wonderful slow movement breathed and pulsed somewhat restlessly, eloquent certainly, if not probing the most recessed aspects of this music; indeed, anyone looking for spiritual nourishment, cathedral connotations, some sort of transportation, and what is often referred to as Bruckner’s agony and ecstasy (being loud is not the same thing) may well have been disappointed – Bruckner here an agnostic – yet Saraste’s surety of direction made the cymbal-capped climax all the more inevitable and it was wonderful to avoid that abrupt cut and have the extra music that goes with it. The finale thundered in exultantly on brass and timpani, Saraste overall meticulous with the movement’s progression, no dawdling, everything in place and related (as far as it can be). If the uplifting coda lacked for awe in its unfolding and was (too) brisk in its fulfilment, it fitted exactly with what had gone before.

In case you are wondering, on its own terms, this was a pretty marvellous performance, the London Philharmonic playing with a fire-and-ice beauty and unstinting commitment for Saraste’s clear-sighted interpretation and lucidly controlled conducting.