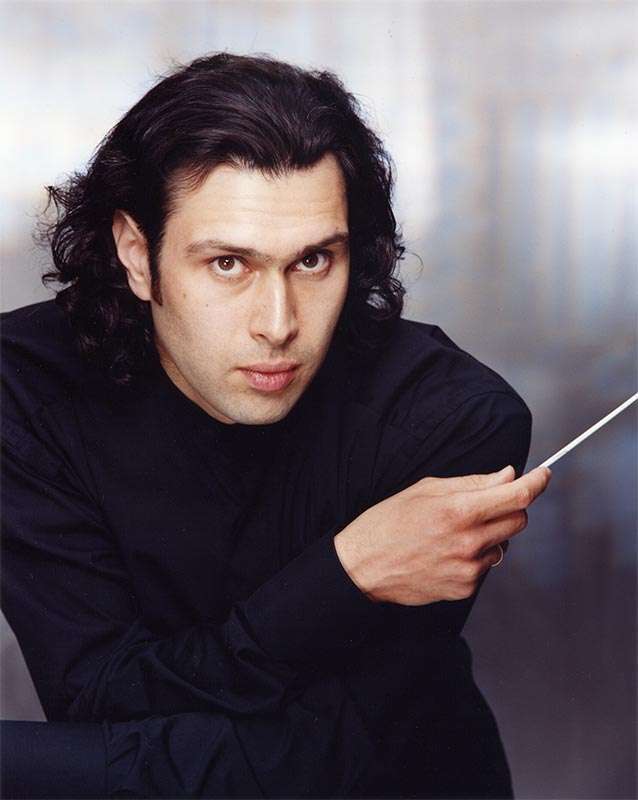 The Seventh is Mahler’s most adventurous and ambiguous Symphony. Make of it what you will. In a sense Vladimir Jurowski made very little of it beyond the notes, but that is not necessarily a criticism, for he was evidently trying to make the music as symphonic and as coherent as possible. He is working his way through Mahler’s Symphonies in numerical order (and hopefully not overlooking Das Lied von der Erde or a performing version of No.10 in the process), and it seems that the London Philharmonic has not played Mahler 7 for something like twenty years, which may well mean that Klaus Tennstedt was its most-recent conductor of this fascinating work.

From minor-key seclusion to C-major festivity via heraldry, spookiness and romance, Mahler’s Seventh has a particular thrall, and its fewer performances retain its enigma. For this occasion the LPO had been well-drilled (which made the relatively few brass mishaps all the more noticeable), the strings were perfectly laid-out for Mahler’s music – with antiphonal violins and ten left-positioned double basses – and with all the musicians very responsive to Jurowski’s objective approach, and there were many characterful solos.

The opening Adagio was less about oars in the water and more about the crisp awakening of forces (David Whitehouse’s euphonium solo, rather than Mahler’s requested Tenorhorn, was exemplary) and Jurowski’s segue into the Allegro con fuoco was an immaculate piece of dovetailing, as too was his marrying of go-getting and amorous elements. Everything belonged yet a little more derring-do and expanse would not have come amiss even if clarity and good balance were notable. At times, Jurowski’s discretion was welcome.

The two ‘Nachtmusik’ movements (the second and fourth) were generally fine. Jurowski set a good walking pace for the first of them, a nocturnal march that can otherwise drag, although according to where one was sitting the off-stage cowbells (if here positioned in the auditorium) might be thought laughingly loud. I smiled! Some fine horn-playing had introduced the movement. The second, serenading, ‘Nachtmusik’, in which the mandolin carried beautifully and the guitar did not, was a little prosaic at its opening but soon developed a dulcet response to the balmy nocturnal breezes that carry billets-doux and here became wonderfully rapturous, and which Jurowski shaped ideally, the LPO strings wonderfully warm.

The shadowy Scherzo had been less successful, which for all the grateful articulateness that Jurowski ensured also left its danse macabre spirit in the wings, and what passes as the Trio seemed indulged. And the daylight of the Finale also took time to blossom, although hats off to Simon Carrington for a superb timpani salvo to get the movement started. But it was all a bit pedestrian, and if Jurowski’s interlocking of episodes was impressively ‘together’ it also ironed out ribaldry, irony and playfulness – the dance episodes lacking a nudge let alone a wink (Leonard Bernstein in his second New York recording, for Deutsche Grammophon, is unassailable here) although the military-band bits were suitably punchy and the movement did grow to an imposing and crowning coda.

One came away thinking that Jurowski’s interpretation is ‘in progress’ (unlike the Proms Shostakovich 8 which was deeply and totally convincing), but if this was his first conducting of Mahler 7, well we all have to start somewhere, and it will be interesting to see how it develops, for Jurowski isn’t one to rest and he will continue to search this score for its many possibilities. It was a good idea to play just this one work – a welcome opportunity to focus on Mahler 7 and nothing else. Knocking off between-movement breaks this account lasted just under 80 minutes.

This concert was dedicated to Yvonne Pegler’s memory. She missed very few Royal Festival Hall presentations, beginning as a teenager in 1951, She ended up with her own seat!