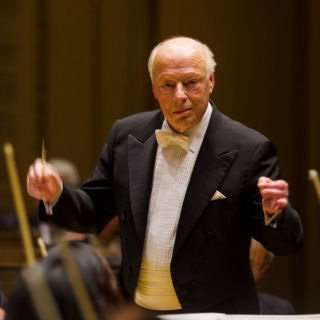 For the last of Bernard Haitink’s three appearances with the London Symphony Orchestra this autumn, two Firsts were given which are somewhat more mature than they seem.

Beethoven’s Piano Concerto No.1 was the second he composed (or third, if one counts the early unnumbered work in E-flat of 1784) and already shows his mastery of symphonic form.

Perhaps for that reason Haitink, and Imogen Cooper at the piano, gave a bold, confident reading of the Concerto, underlined by the use of wooden sticks on the timpani. At times it was as though a torrent of notes came from Cooper’s fingers (particularly in the first-movement cadenza, the longest of Beethoven’s three) and the deeper registers of the piano also came off quite densely. There were aspects of the performance that seemed heavy-handed: although expressive, Haitink could have brought more shading between contrasting sections, and the Largo lacked intimacy and emotional warmth for all of Andrew Marriner’s distinguished clarinet-playing. The first movement might also have been marked Allegro pesante, rather than con brio, for all anybody knew. At this early stage of Beethoven’s career (before the onset of his deafness and heroic struggles) there is plenty of room for wit and levity in his music. 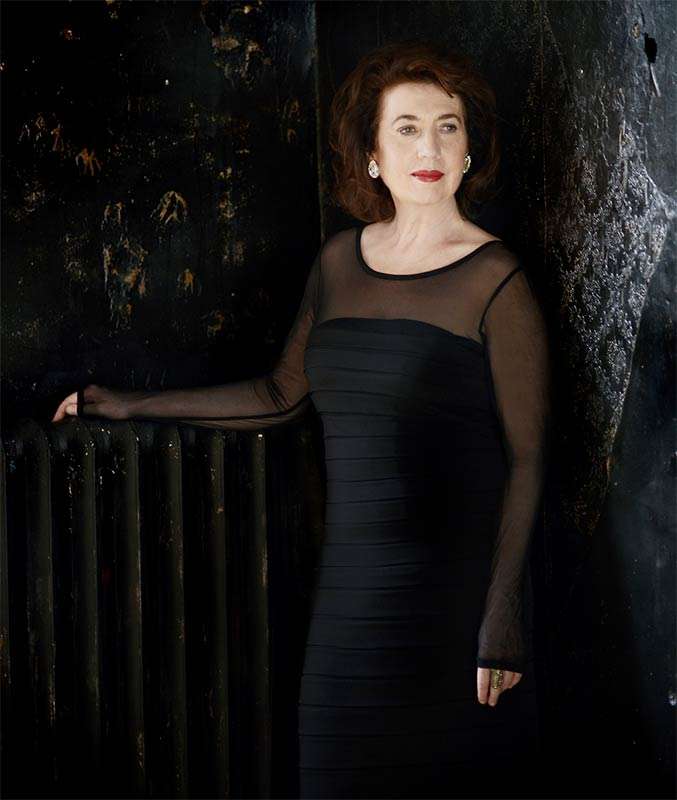 In the shadow of Beethoven, Brahms famously agonised over his First Symphony for years, eventually bringing it to the light of day with its premiere when he was 43. Haitink and the LSO brought all their wonderful assurance in a majestic reading of this tumultuous work. But that approach was something of a double-edged sword since sometimes it resulted in a too measured account, detracting from the more rugged thrust and drama of the music. It certainly was not turgid, but the climax of the first movement’s coda seemed too consciously controlled and steady, rather than given over to devastating abandon. The glorious horn solo of the Finale’s introduction also seemed too obvious and forward, instead of emanating from a sonic distance as the springboard for the trajectory of the rest of that movement.

Still, the chorale apotheosis at the Finale’s culmination was blazing, and the two middle movements effected a convincing contrast with the flanking ones, with a melodious slow movement and a mellow third. Also, it is only right to acknowledge that Haitink’s vision was consistent across the whole Symphony, and so any perceived shortcomings must be regarded particularly as a subjective interpretation, and not a settled comment upon any accidental mishap.

The programme had opened with Steven Stucky’s 1992 arrangement of Henry Purcell’s Funeral Music for Queen Mary (for woodwinds, brass, percussion, piano and harp). It takes the form more of a continuous rhapsody upon three sections from Purcell’s original sequence. The LSO brass sustained the phrases of the opening ‘March’ from one to the other without stopping for breath, and rose to a chilling climax, and the reprise at the conclusion of the work was more searing still. In between was a cool account of the reworked anthem ‘In the midst of life we are in death’, followed by a freer elaboration of the canzone which accompanied the Queen’s interment, here with prodding minor seconds built up in the woodwinds and piano. The kaleidoscopic interplay among the various sonorities is reminiscent of Webern’s arrangement of the six-part ‘Ricercar’ from J. S. Bach’s Musical Offering, appropriately bringing to bear retrospectively upon Purcell something of the Austro-German symphonic tradition which followed in this concert.