Wagner
Die Walküre – the first day of Der Ring des Nibelungen – music-drama in three Acts to a libretto by the composer [concert staging; sung in German, with English surtitles] 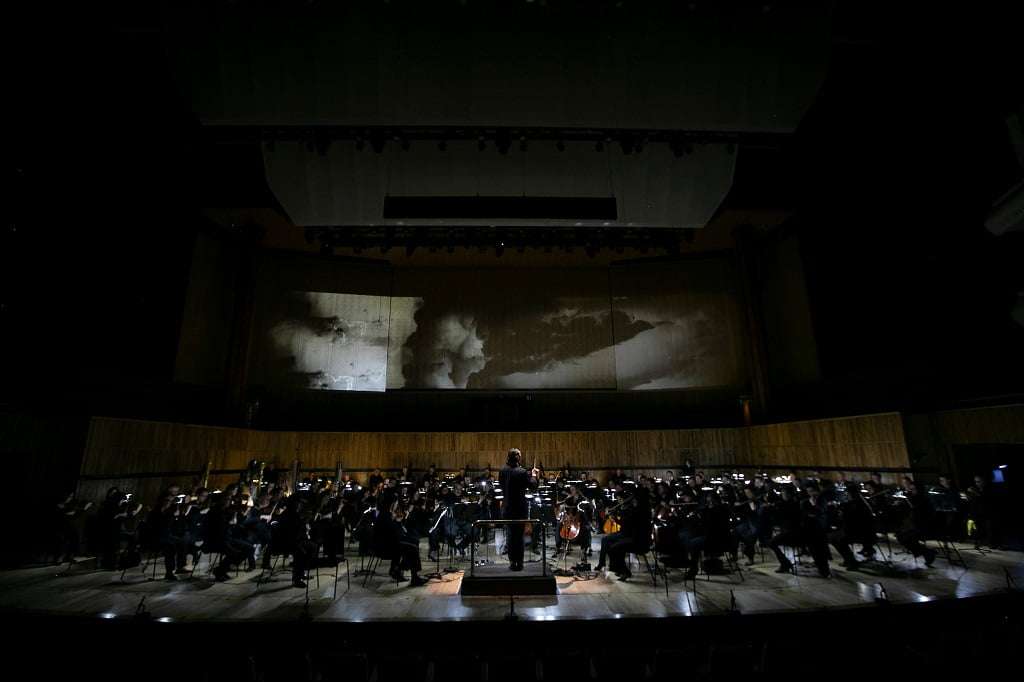 On the same date last year, the LPO and Vladimir Jurowski launched their Ring Cycle, and they were back with the next instalment, Die Walküre, again in an uncredited concert staging, some video projections of the tumbling clouds, lightning and sinister forest variety (and in Act Three, of a horse, presumably Grane, looking very anxious), plus extra-musical and superfluous special effects of wind and thunder. Inevitably the staging style drew comparisons with Opera North’s cycle – which for some of the Wagnerians at this Walküre might have happened only last week – but the LPO’s was nothing like as slick or relevant. The important thing, though was the interaction between singers (all of them singing from memory) in the big dialogues – Siegmund and Sieglinde in Act One, Wotan with Fricka then Brünnhilde, Brünnhilde with Siegmund in Two; Wotan and Brünnhilde in Three – which made their points with unforced intensity, not to mention leaving the us free from directorial nannying.

In that respect, the Siegmund-Sieglinde opening hour had a poleaxing candour about it that set pulses racing – and rather served the best wine first. Stuart Skelton’s magnificent Siegmund sounded much more focused, introspective and ardent than five months earlier at the Royal Opera House. His tenor has become more baritonal, but Skelton’s range, warmth and command are exceptional, he is a touching, if limited, actor, and there was plenty of Heldentenor gleam for the thrills of “Wälse” (shamelessly prolonged) and “Notung”. Ruxandra Donose looked the part of the lost soul Sieglinde, and her mezzo generously delivered intimacy, despair and diffidence. In this soprano role, I did miss, however, that vital soprano spike of volcanic passion that marks her liberation, although the hour-long interval had rested her for a soaring “O hehrstes Wunder” before Sieglinde takes leave of the story. 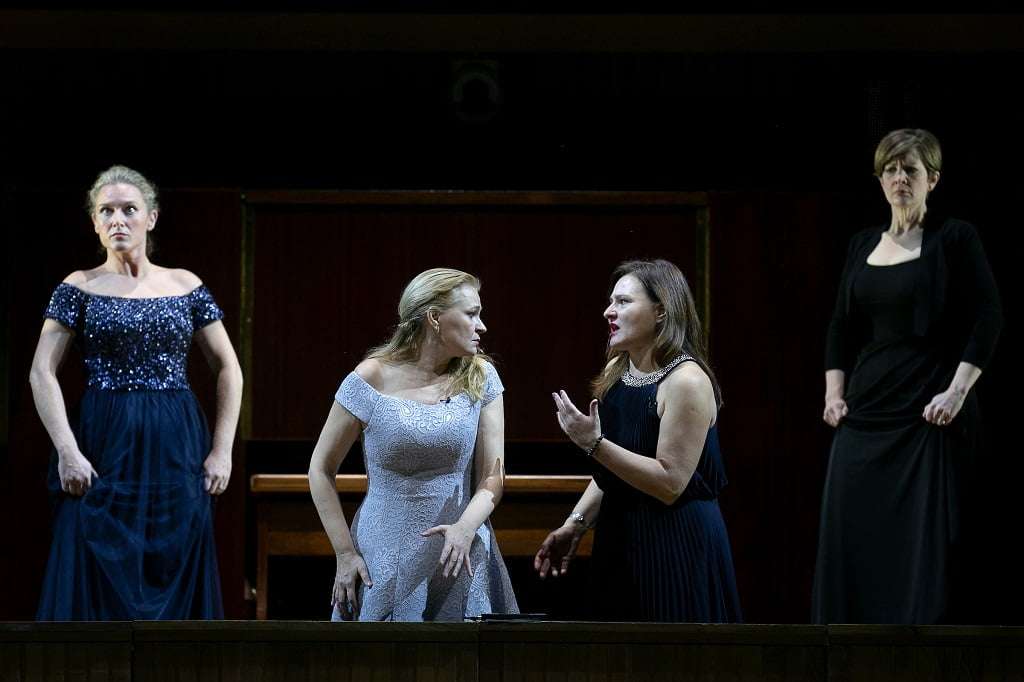 Stephen Milling’s Hunding was superbly dark, full and menacing, unequivocally a bass, raising another fach issue with Markus Marquardt’s Wotan, whose bass-baritone has the lower range but not the substance or, crucially, the volume for the top god. Often, despite the consistent care Jurowski took with balance, Marquardt was submerged by the orchestra, so that moments such as the colossal “Wo is Brünnhilde” fury sounded just a bit cross. After his Act Three narration, which faded in and out of anguish, I feared for his big Act Three Farewell, but it was its inwardness and empathy that in the end reeled you in. He wasn’t a match for Claudia Mahnke’s terrifying Fricka, with a vocal incisiveness that took no prisoners. Some Frickas occasionally soften their tone as part of their negotiating skills. Not Mahnke.

It doesn’t look as though Svetlana Sozdateleva has sung Brünnhilde before, but she certainly has the vocal heft and stage presence for the role. Her singing, though, was unruly, with full-on drama undermined by some dodgy pitch, a big vibrato and being behind the beat. The thrill of the moment carried her through her more squally moments, she reined herself in for a beautifully still and concentrated account of Brünnhilde’s announcement of death to Siegmund, and she raised the temperature of Act Three very convincingly. Alwyn Mellor led her fellow-Valkyries in a merry ride behind the orchestra in the choir stalls. Volume and oomph were a bit of a problem, and I think I saw a couple of nearly-off-stage sisters singing through megaphones. 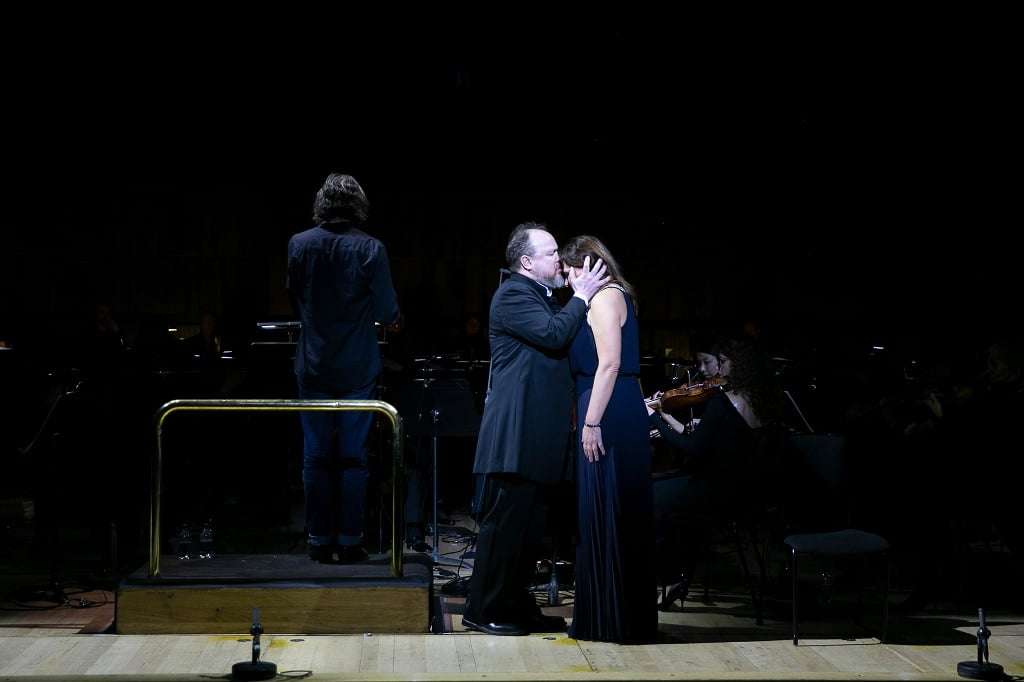 Jurowksi imposed a notably swift undertow throughout, sometimes jabbing, stamping and jumping to keep tempo, rhythm and drama buzzing along. The opening storm was fast, ‘Ride of the Valkyries’ ditto, which rather robbed it of its full impact and it took a while for the ‘Magic Fire Music’ to settle. Sometimes he seems set on taking the mystique out of Wagner’s music, but set against that, though, was his organic folding of themes into the score, at its best in the love-music of Act One, which leaked mystery and tenderness everywhere. The playing showed off the LPO on top form. I heard during the over-generous second interval that this Walküre was being recorded, and there were masses of recording equipment in evidence.