Britten
Peter Grimes – Opera in a Prologue and Three Acts to a libretto by Montagu Slater after George Crabbe’s poem The Borough [semi-staged performance, with English surtitles] 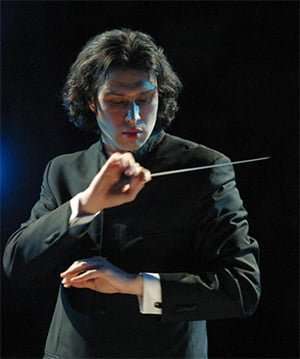 I was beginning to think that we are hearing too much of Peter Grimes the opera, even in Britten’s centenary year – there is a new recording from Aldeburgh, a film from the Beach there, a DVD from La Scala, and more – and also whether Stuart Skelton is overly monopolising the title role: he was the lead in the last ENO production, and will be once more in the next revival there (opens on 29 January) and with a Proms performance last year to boot. And here we were again, now in the Royal Festival Hall, opera and singer in tandem. But Skelton was tremendous, living the role, making him real, gaining our sympathy and also vocally comprehensive. The isolated Grimes’s bluff and rough manner, tempered by intelligence and dreams, yet flawed by mood-swings extreme enough for violence, were all present, confirming Skelton’s pre-eminence and magnetism in the role.

As for school ma’am Ellen Orford, Grimes’s one true friend in the Borough, otherwise inhabited by bigots, gossipers and close-minded people, Pamela Armstrong, if not the most alluring of singers per se, showcased Ellen as a righteous and togetherness person, totally genuine and with a big heart, still willing to help Grimes even after his striking her on a Sunday morning, when the church service predominates. Armstrong made something truly moving out of her ‘Embroidery’ aria and she exuded steadfast loyalty and being able to stand apart from the rest of the townsfolk. Alan Opie as Captain Balstrode, other than Ellen the most sympathetic to Grimes and his jinxed plight, was typically authoritative, holding the stage as a grey-beard salty sea-dog whenever he was present and ending Grimes’s days with his brusque “sink the boat” and thus making it the doomed fisherman’s only way out. 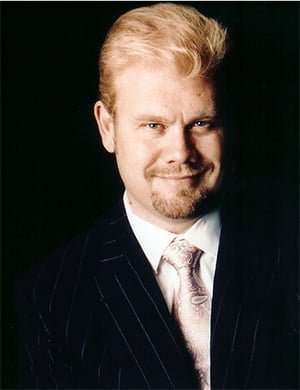 This was the opening concert of the London Philharmonic’s 2013-14 Season (and dedicated to the recently deceased horn principal of the Orchestra, Nicholas Busch), an ambitious start that had been played in Birmingham 48 hours earlier. Semi-staged concert performances invariably bring limitations and compromises (but can also restrict directors’ excesses!). This one worked well enough to illuminate the opera without swamping it or being too clever; lighting and movement were effective, so too the costuming, as much for London Voices (as “townspeople and fisherfolk”) as for the main characters. Such circumstances give the orchestra equal billing, and the LPO rose to the occasion. Vladimir Jurowski’s pacing of the opera was a little quicker than the average, to advantage, bringing out orchestral detail with clarity and precision. Invested with theatrical flair from the off, if tension and story-telling sagged during Act One, and in which the ‘Storm Interlude’ was tremendously fast but musically chaotic, the strings overpowered, clearly much preparation had been lavished on Britten’s score, not least subtlety and thoughtful tonal resource, and good use was made of off-stage perspective. The other ‘Interludes’ fared better, a luminous ‘Dawn’ for example, and the ‘Passacaglia’, depicting Grimes’s inner torment, enjoyed the sensitive yet rich contribution of violist Hung-Wei Hang.

There was one interval, Jurowski melding Acts Two and Three into an 85-minute astutely paced whole. And it was here – for its entirety – that the performance truly took off, although Skelton’s brooding ‘The Great Bear and Pleiades’ in Act One will be remembered both for its spellbinding self and for someone in the audience loudly rustling a plastic bag during it! This was a strongly cast rendition, with Mark Stone as Ned Keene and Jean Rigby as Mrs Sedley (something of a Miss Marple in the final Act, murder afoot!) offering especially fine contributions. In particular the way the townsfolk turn against Grimes was vividly handled and alarming, the dead sound of a military drum chilling, then the posse literally playing with fire, and the death of Grimes’s second apprentice (Charlie Gill seemed unnerved by the occasion) was dramatically staged, Grimes’s hut placed left in the Choir area (by the way, the RFH organ is now restored and fully piped) giving a sense of its cliff-top location and that the apprentice was able to fall from it (in our imaginations).

All in all, this was a fine evening of music, performance and stage-craft. If Act One was inconsistent in its narrative, the two that follow it were infallibly presented, and by the time Grimes, as determined by Balstrode, was living his last minutes and heading out to sea never to be seen again, very poignantly done here, the LPO and Jurowski had artistically been walking on water.