Britten
The Prince of the Pagodas – Prelude and Dances
Suite on English Folk Tunes (A time there was), Op.90
Nocturne for tenor, seven obbligato instruments and strings, Op.60
Symphony for Cello and Orchestra, Op.68 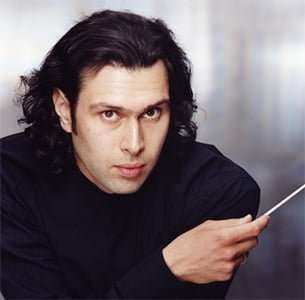 This was just the concert needed to expand our appreciation of Benjamin Britten’s achievements. Beginning with a 30-minute selection from The Prince of the Pagodas, the full-length ballet score unveiled at Covent Garden in 1957, the London Philharmonic and Vladimir Jurowski displayed excellent preparation and focussed commitment to this delicious music, some of Britten’s most colourful and virtuosic. From the bracing wind-in-the-sails opening the music keeps us not only on our toes but is a riot of invention to stir the imagination. Whether bustling with brilliance or indulging reverie, or rolling along like a cartoon caper, the sheer enchantment of this music, also stealing a march into one’s sensitive side, knows no bounds. All this said, Jurowski could sometimes be simply too fast, the ‘Gavotte’ for example, and for all the deft playing some characterisation was lost. However, Jurowski brought out some interesting kinships with other composers, such as Prokofiev, and also that Britten had a flair similar to Stravinsky’s in terms of making pastiche his own.

Ideally Nocturne should have followed, it being from the next year, and a total contrast with Pagodas, and which would have also ensured an alternation of music ‘for orchestra’ and ‘with soloist’ as well as not placing together two works, Nocturne and Cello Symphony, that offer considerable daring to the listener. Not that Suite on English Folk Tunes (1974) is anything but ingenious, if slight and economic, although the opening movement (of five) is welcomingly abrasive and jaunty and grabs the attention immediately. The heart of the music (during which Britten seems to nod his admiration of Percy Grainger) is in the slower numbers, Britten very ill by now, raptly played here, although having Sue Böhling move location and stand for the cor anglais solo in the finale (‘Lord Melbourne’) seemed not only unnecessary but also regrettable signposting. 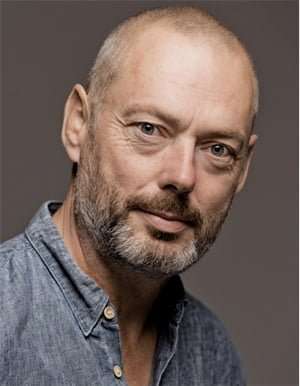 The concert’s second half brought together two of Britten’s darkest scores, another reason for not putting them together. Of course Nocturne immediately suggests night-time activity if not necessarily the nightmarish images and infinite regret that these texts can exude. Britten chose words from Shelley to Shakespeare via Tennyson, Coleridge, Middleton, Wordsworth, Wilfred Owen and Keats. The orchestra is nominally strings (evoking an interior world, reminding of Captain Vere’s prologue and epilogue in Billy Budd, and also the magical suggestiveness of Britten’s operatic version of A Midsummer Night’s Dream), but with individual instrumental contributions for each setting to give a specific colour. Thus, in order of appearance, a slithery bassoon (Gretha Tuls), a glittering and strumming harp (Rachel Masters), a sultry horn (David Pyatt), rattling timpani (Simon Carrington), creamy cor anglais (Böhling again) and, in duo, a fluttering flute and curvaceous clarinet (Leonie Walters and Nicholas Carpenter), all joining together come the close and where Britten also exploits a string quartet, most receptive here. Mark Padmore (standing a little more into the orchestra than is normal) was in wonderful form; vocally impressive his enunciation and word-painting brought out the compassion and danger of this wonderful song-cycle. 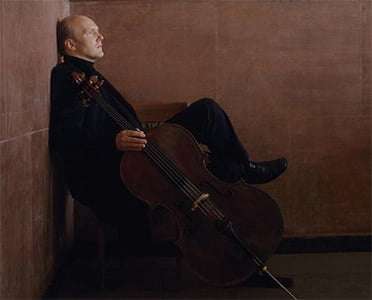 As for the Cello Symphony (1963), written of course for Rostropovich, this is Britten at his most advanced and thorny. Some in the audience left before it started (this was a long concert though, 110 minutes of music plus intermission), some during it. If not for the faint-hearted, Cello Symphony is a masterpiece and aptly named (it rarely seems a concerto). In music that can be stern, bold, speculative, pleading, quizzical, surreptitious, wispy, passionate and quixotic, Truls Mørk was superb, secure technically and probing the music with intellect and sympathy. Jurowski and the LPO were golden partners, the balance spot-on (it’s impossible to replicate in the concert hall the fierce declamation of Britten’s Decca recording with its first soloist) and delivered a tapestry of variegated and contrapuntal sounds (a word of praise for Paul Beniston’s strutting trumpet tune to launch the passacaglia finale). If the score is obsessively rigorous and in many ways absolute, this performance took on a Soviet stance, Britten masquerading as a Russian composer and introducing ironies and ciphers, suggesting gulags – and the first performance was in Moscow – but that is the thing about the greatest music, that it can take on different guises while remaining true to itself.

The London Philharmonic Orchestra can be particularly proud of this concert, presenting four relatively rare works together and in such well-prepared, confident and revealing performances.