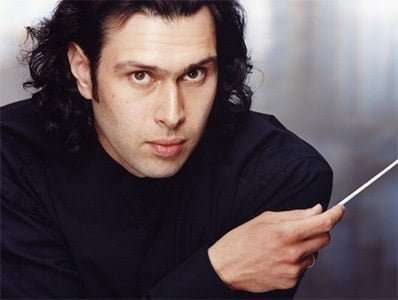 How to measure the success of a Mahler performance in 2014? For half a century and more Mahler was a relatively marginal figure for contemporary concertgoers, denied a place in the pantheon of Austro-German music alongside those other composer-conductors of genius, Wagner and Richard Strauss. Today the bums are on the seats and the boot is on the other foot. Mahler’s Sixth, unrecorded anywhere until 1952 and unheard in Paris until the 1970s, is almost insanely ubiquitous. The Southbank Centre’s online publicity sought to raise the stakes still further: “This compelling 80-minute orchestral journey ends in resolute tragedy – perhaps the first symphony to paint such a resoundingly dark picture of the human soul with such astonishing purpose and effect. …He had realised that what he had written offered no escape. …It remains a live music experience like no other…” Whatever you make of all that, the Sixth is also Mahler’s most self-consciously classical utterance. Vladimir Jurowski may not have directed this work in London before but we have heard abundant similar readings with fastish tempos, clean textures and a certain technocratic rigidity – in short, the package generally deemed authentic in our own time.

Under Jurowski’s dynamic direction the LPO has moved on from the intuitive, softer-grained Mahler of Klaus Tennstedt. That said, there were still some surprises. Not so much the antiphonal placing of the violins (with double basses on the left and harps positioned hard right). Not certainly the first movement exposition repeat (taken), the finale’s third hammer-blow (omitted) or the newly ‘official’ re-ordering of the middle movements (please see link below), an issue which can divide the most musical of families. Most original was the unremitting nature of the performance (although such is the alchemy of the sound engineer that things may have sounded less hard-hearted as broadcast). An implacable march-like tread was maintained pretty much throughout the first movement’s exposition with little relaxation of manner or volume for the transition to the ‘Alma theme’. This too proved positively militaristic, refusing to soar easefully. The slow movement, mostly rather plainly phrased, offered little respite and, although Jurowski adopted an unexpectedly slow tempo for the trio of the third, 19th-century charm and affection remained essentially off limits. The finale was again dark, fierce and one-dimensional. There was of course some careful detailing throughout. The problematic cowbells sounded just right but it was symptomatic that string glissandos were rendered as long even slides calling attention to themselves rather than blending in as expressive devices. Jurowski’s use of the new critical edition by Reinhold Kubik, credited in the programme booklet, prompted a less complete re-think than that currently being touted by Riccardo Chailly, relatively discreet when italicizing and dragging out the nightmarish outbursts of horns and trumpets in the finale’s slow introduction for example. I was never moved yet for many listeners it will have been enough that Jurowski make the music sound loud, dangerous and new. 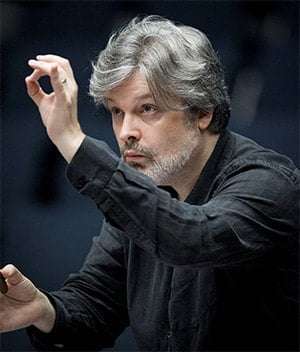 Originality is more of a problem for James MacMillan whose new, 30-minute Viola Concerto was unveiled before the interval. The Scottish composer, not unlike Mahler himself, sets more store by expressive intensity than stylistic purity (his harmonies move from easy listening consonance to barking unintelligibility and back again). Perhaps it is because his output is so extensive that its impact, like the effect of the bludgeoning juxtapositions he favours in his orchestral work, has somehow tapered off. The Concerto for Viola is the fourth he has completed in recent years following a Violin Concerto for Vadim Repin, an Oboe Concerto for Nicholas Daniel and a (Third) Piano Concerto for Jean-Yves Thibaudet. In his pre-concert talk MacMillan was disarmingly honest about this, crediting the commissioning power of keen-eared and committed soloists eager to expand the repertoire.

Within the Concerto’s orthodox fast-slow-fast three-movement structure he found plenty of variety, exploring the soloistic possibilities of the viola soaring aloft but also showcasing its lower register and (more playfully) its tendency to merely scrub along. The slow movement is the most straightforwardly lyrical, even sentimental, catastrophising outbursts notwithstanding. More imaginative writing came in those passages featuring a quartet of two orchestral violas and two cellos, like some archaic viol consort, joined in the finale by a shakuhachi-style flute solo (delivered from a standing position by Maria José Ortuño Benito). Here too were more of the keening Celtic folk-derived sounds made famous by The Confession of Isobel Gowdie. The music also takes in the eerie soundscape of the slow movement of Tippett’s Third Symphony, some vamp-til-ready Sibelius and a vulgar brassy idea such as might have appealed to Malcolm Arnold if not Shostakovich. Derivative it was. Boring it wasn’t, the dodgier moments enlivened by the skilful deployment of tuned percussion (MacMillan is currently writing a second percussion concerto for Colin Currie) and the superb eloquence of Lawrence Power. A gratifyingly attentive, fullish house too.