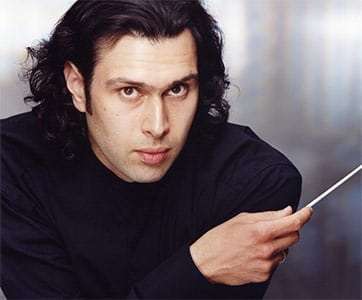 Put the ‘Emperor’ Concerto and the ‘Pathétique’ Symphony on the same programme and a full house is assured; allowing room for the London Philharmonic and Vladimir Jurowski to spice things up with a UK premiere, Marko Nikodijevic’s la lugubre gondola (all the lower-cases in the title belong to the Serbian composer born in 1980). Written for chamber ensemble in 2006 (and dedicated to a five-year-old Kosovo-Serbian girl who died in terrible circumstances), its present full-orchestra form dates from three years later and in which Liszt’s La lugubre gondola I is examined both as music and how it is written for the piano. Nikodijevic’s re-creation is intriguing, the music opening with solo violas and clarinet and introducing a marimba, numerous gongs, harp, muted trombones and a pianino, here amplified and capable of masquerading as a harpsichord and also providing deep bell tones. An eerie and desolate landscape is created, suggestive and mystical, lost in time. Nikodijevic’s score is also a study in sonority. Fascinating though it started out, and despite a well-prepared performance, this open-ended piece didn’t quite sustain its 13 minutes. 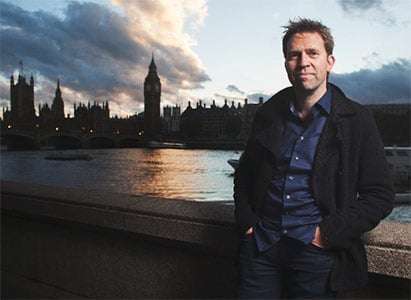 egalitarian spirit, with the LPO and Jurowski vibrant, bespoke accompanists. (Andsnes has been directing his own Beethoven Journey, on Sony Classical.)

A dynamic first movement, with some magical drops of volume, was followed by a sublime Adagio, given with starlit seduction, and then a finale that danced with joy and had its own sense of irresistible swing, and a few teases along the way – were the horns simply too early at one point or had Jurowski been doing some tinkering? Whatever, this was a notably ink-still-wet account; we were asked to listen anew. Had a bust of Beethoven been present, and the composer’s faculties restored, then a beaming smile of pleasure would surely have crossed its contours, for this was not only a very enjoyable traversal but something rather more, an ‘Emperor’ emeritus.

Andsnes returned with folios of manuscript, and his spectacles, and played Liszt’s La lugubre gondola I (there’s a II), as originally written, in Venice, and which turned out to be a premonition of Wagner’s watery funeral as well as being musically visionary; Andsnes was persuasive that Liszt, in just four minutes, had said everything.

As for the Beethoven, a similar sense of rejuvenation informed the Tchaikovsky, a Symphony that Jurowski has regularly programmed during his time as LPO music director. At the opening the (left-positioned) double basses glided in almost imperceptibly, ghost-like, and Ben Hudson offered an eloquently lamenting bassoon solo. Jurowski’s success with the first movement was his integrity across its whole, given with musical articulacy but with no lack of drama and sear when really required. Unfortunately, some in the audience started to clap at the movement’s close, cueing a gesture from Jurowski that could be interpreted as saying: “Why? Don’t be so insensitive.”

There was no applause after the waltz second movement, elegance and melancholy rolled into one, but there was after the march of the third – built to inevitability with some superfine detailing along the way (antiphonal violins helping). 24 hours earlier, at this venue, Jurowski had conducted this very Symphony, addressing the audience and requesting no applause at this point, which was honoured. He should have asked again, for this damn-fool ‘tradition’ interrupted what can be a chilling experience, from jubilation to desperation in the turn of a page, but was here lost to vacuous clapping. Jurowski carried into the slow finale regardless, resigned but unsentimental, noble in its leave-taking and very moving as the double basses faded to somewhere beyond.

If the ‘Pathétique’ was not the most celebratory way for the LPO to end its 2013-14 Season, one came away elated by the superb playing and Jurowski’s beautifully proportioned and thought-through conducting that, without whimsy, shone new illumination on so-familiar music.