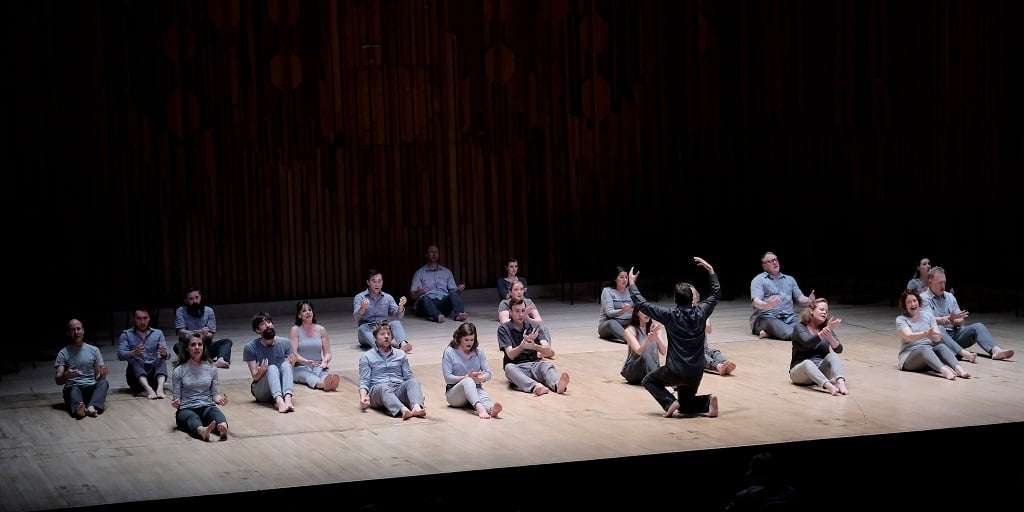 Anyone familiar with the many Passion settings will know that the moment when Peter denies Christ marks a sharp escalation of intensity. Orlande de Lassus (or Orlando di Lasso), the great sixteenth-century master of polyphony went one step further by isolating this single event as settings of twenty devotional poems by his contemporary Luigi Tansillo (plus a concluding Motet to a Latin poem by Philippe de Grève) – in Italian, since this is not a liturgical work – into a sequence of highly personal and emotional Madrigals meditating on the implications of Peter’s betrayal – “before the cock crows, thou shalt deny me thrice.” Forget remote Renaissance poise – the combination of poems and Lassus’s extraordinary a cappella music is so expressive and piercing it hurts.

And as the English translation makes clear, it is also timeless, covering entirely modern concerns of guilt, betrayal and blackest soul-searching with masochistic sensuality, and it is this that Peter Sellars has magnified in his staging, a closely organised, fluent direction of movement for the twenty-one singers of the Los Angeles Master Chorale and their conductor Grant Gershon that distils the effect of the many productions of Bach’s Passions and other sacred works such as the Requiems by Verdi and (War) Britten. 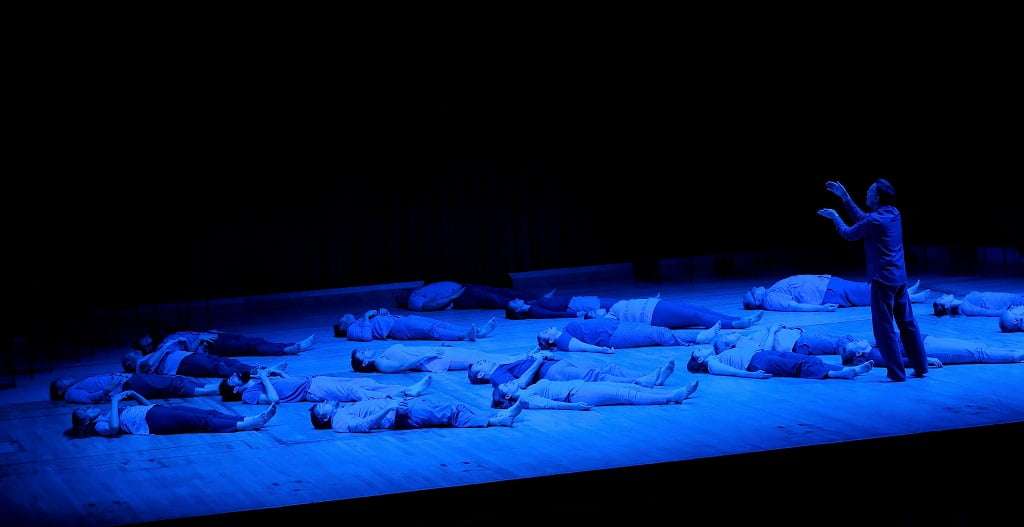 Think of the damned tumbling into Hell in Michelangelo’s The Last Judgment and that gives some idea of the contortions Sellars imposes on the singers while performing – and, even though this is Lassus at his most glorious, austere and pared-back to the expressive bone, both music and movement is memorised for the eighty minutes’ duration.

Complemented by a simple but beautifully effective lighting plan, the gestures of anguish, agony, wild arm-gestures, the barefoot singers in anonymous grey slacks and shirts clutching each other in extreme attitudes of despair, throwing themselves on the floor and any number of other impossible positions, most of which also applies to the conductor, all give a dismayingly literal and eviscerating vision of remorse.

The moments of repose, when the singers retreated to the chairs round the back of the stage, were something of a relief, and also made you aware of the force of this formidable ensemble’s performance. With three singers each to Lassus’s seven-part music, the balance was amazingly consistent, with a fine bass line wrapping round a lovely tenor sound and supporting the steady, luminous but fragile soprano and alto voices, all of them sparing nothing in expressive realism.

Sometimes it seemed just too intense and I-feel-your-pain candid, but more often it achieved a synthesis of words and music with a penetration that left you reeling. Given Sellars’s reputation, I had anticipated something special, and Sellars did not disappoint.