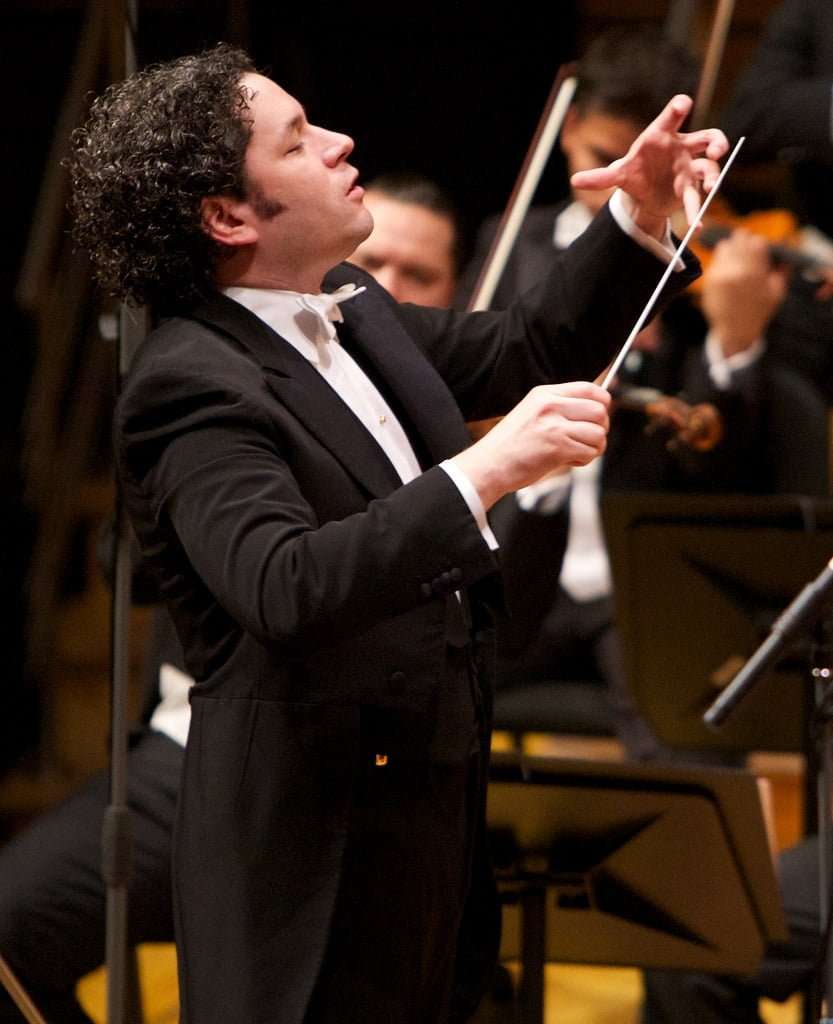 This performance of Mahler’s Third Symphony will live in the memory as a truly great event. From the horns that usher in the drama of the sprawling first movement and begin an ontological journey from inanimate nature to the Divine, this Third dwarfed all others of recent memory.

With the Los Angeles Philharmonic vital and ardent, Gustavo Dudamel combined a generally faithful rendering of Mahler’s score with a few liberties that enhanced his intelligently conceived reading. Tempos were consistently appropriate, yet a few times Dudamel pressed forward to energize a particular segment. Also in the first movement he captured its life-and-death aspects. He emphasized the demonic character with piercing, malevolent trumpet calls, made the low-string runs shudder fiercely, and imbued the march with a confident swagger. Trombone solos, brilliantly played by Jörgen Van Rijen, were recitative-like. Rapid figurations blew across the auditorium like whirling winds and the coda proceeded apace ‘on the march’ until an enormous outburst threatened to bring back the dark side … but the march remained undaunted and galloped along intently.

A moderately lively Minuet followed, graceful and charming. Because Dudamel tended to press the tempo forward, he might have made adjustments elsewhere. The violins played rapturously. Among the many highlights were the third-movement posthorn solos, eloquently played on a cornet by Thomas Hooten, without a glitch and intoned tenderly, of pastoral repose. Although Tamara Mumford has a fine voice, it was not well-suited to the fourth movement, setting part of Nietzsche’s Also sprach Zarathustra. Mumford made little of the text and, indeed, Mahler wrote the part for a contralto, Dudamel set a moderately slow pace and generated a sense of mystery. Neither the oboist nor the English horn soloist tried to produce glissandos as some do to realize Mahler’s rather ambiguous marking of hinausziehen (Wie ein Naturlaut) – stretched out (like a natural sound). The opening of the ensuing movement was rather subdued, although Mumford, together with youthful and women’s voices, were lively, save when repentance is needed during the more melancholy middle section.

It was the Finale that made this performance extraordinary. How slow should it be? This music has been subjected to a wide range of interpretations. Dudamel had the courage of his conviction that a broad tempo best engenders its sublime character. He held on to it steadily, even after the three crises that threaten to negate forward progress toward redemption. Violins captured the blissful serenity of the first theme (Divine Love) and gave almost unnoticeable impulse to the second (Human Love). The third crisis exploded with terrifying force. Then a beatific nightingale (flute) ushers in the closing section, a stirring conclusion, which some conductors – but not Dudamel – wrongly speed up. Despite Mahler’s forte marking and his warning that the ultimate bars not be played with raw power but with full noble tone, the timpani pounded out an enormously forceful tread. But given the enormity of the moment, this seemed an appropriate way to conclude this magnificent Symphony.