If one excludes the Gala Concert two nights ago, this was the London Philharmonic’s first ‘solo’ concert at the revamped Royal Festival Hall. We filed into a Hall whose temperature would have done credit to a nuclear winter – at least the air-conditioning works. Otherwise the Hall – both inside and out – looks remarkably similar and yet there was a distinctly surreal feel to proceedings. At first it was as though nothing much had changed in the intervening two years. Of course, a great deal has changed if one counts extra legroom, a re-modelled stage, new carpet, foyer wall colours, auditorium fabric coverings, stairs, lighting and a glass lift (to list the things we were told “to look out for” in the booklet). Still £115 million seems an awful lot of money to pay for a facelift. Nashville has recently had a whole new Hall for very little more – and by all accounts it is excellent.

The event was preceded by an absurdly self-congratulatory speech from Michael Lynch, the Chief Executive welcoming us back to this supposedly much-loved cultural icon. For this listener (who has been going to the RFH regularly since the late 1960s) this really grated, as did his introduction in the programme to this series of “signature” concerts. He assumes we all agree with him that the Festival Hall is a much-loved cultural icon. The 1950s was a miserable time, the hall was built on the cheap and now looks dated and, worst of all, it was never “fit for purpose”, the acoustics being a problem from the outset. If anything the acoustics are now actually more problematic.

All credit therefore to Vladimir Jurowski and the LPO for their Prokofiev 5, which was quite masterly in its control and detail, all sections of the orchestra giving of their very best. This was as fine a performance as one could reasonably hope to hear – flowing and devoid of pomposity in the first movement, focussed and despatched with utmost malice in the second (its gradual increase in tempo perfectly controlled), with a beautiful clarinet solo from Nicholas Carpenter in the third and a finale to put a smile on one’s face (it is after all marked Allegro giocoso). The sound though had the kind of ‘in your face’ glare one remembers from early CDs: clinical and lacking atmosphere, every cough audible. 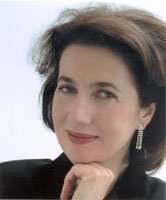 The concert had opened with the most trite ten-minute piece of Schnittke, (K)ein Sommernachtstraum (Not a Summer Night’s Dream’) commissioned by the Salzburg Festival for a concert of Shakespearean music. It employs huge forces including the usual battery of percussion, 4 trombones, 4 trumpets and, for good measure, a harpsichord. As Schnittke himself wrote of this piece of mock-Mozart, “I did not steal all the antiquities in this piece, I faked them”. It was elegantly despatched although the decibel levels in the two climaxes were actually physically painful.

Last but not least, an account of some real Mozart by Imogen Cooper, which succeeded in being both faceless and prissy – her ‘picking’ at the slow movement’s theme was reminiscent of those ‘don’t touch Dresden China’ Mozart performances of Ingrid Haebler. The overlong cadenzas in both outer movements were of unutterable awfulness. The seat in front of me was occupied by Mitsuko Uchida, three seats behind was Alfred Brendel; Uchida is playing Mozart at the RFH on the 24th and Brendel Beethoven on the 28th. Both are, of course, notably supportive of other artists. The orchestra was well-drilled, correct and (with the honourable exception of the first oboe) soulless – a symphony orchestra trying too hard to sound like a ‘period’ band.