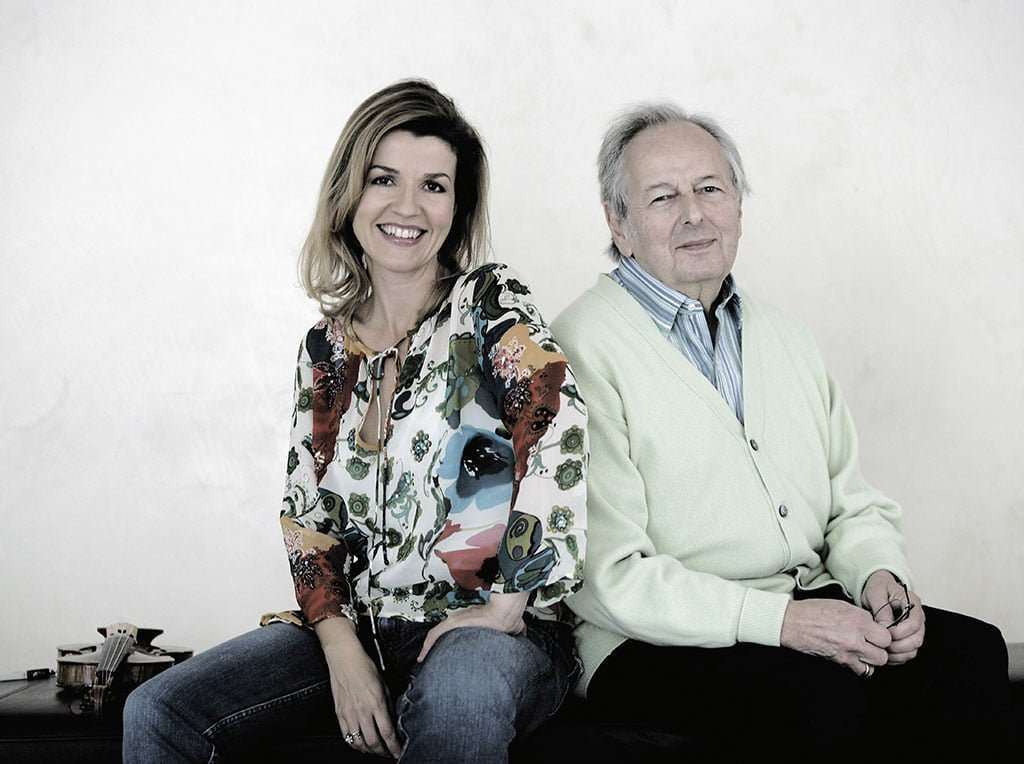 While he collaborates with the LSO but seldom now, André Previn’s concerts with the orchestra remain highlights of any season; and if these performances sprang few surprises, the overall consistency and integrity of the music-making could hardly be gainsaid.

In the first half, Anne-Sophie Mutter revived the 40-minute Violin Concerto (2001 – it now has a successor composed in 2010) that Previn wrote specifically for her. It is easy enough to identify the limitations of this piece: the rather ramshackle sonata-design of the opening Moderato (its themes replete with a little help from Previn’s stylistic ‘friends’), the slightly forced alternating between the plangent and introspection of the central movement, and being relatively uneventful in the lengthy finale. Listen beneath the surface, though, and more telling aspects soon emerge: thus the first movement sets up an expectancy which is pointedly deferred by its successor’s soulful musings, before the closing Andante wistfully unfolds its variations on a children’s song in a journey ‘From a train in Germany’ that comes full circle for a tranquil conclusion.

Along with an orchestration that adds an eloquent overlay to Previn’s customary expertise, the solo part unerringly plays to Mutter’s strengths – not least in allowing her to pursue (yet never indulge) her liking for myriad tonal shadings and timbral inflections to wholly musical, as opposed to merely technical, ends. The LSO was quietly committed in support here and also in an encore, the newly orchestrated ‘Song’ (from Previn’s Tango Song and Dance for violin and piano) – making for a final and undeniably fond communiqué from an émigré sensibility.

After the interval, Rachmaninov’s Second Symphony (1907) – a piece Previn has done as much as any Western conductor to vindicate as an expansive while cohesive totality. True, this reading had its confines: the opening movement’s slow introduction was a little flaccid emotionally, then the main Allegro took time to hit its stride, notably in a powerfully cumulative take on the development, though the coda was oddly flat-footed by comparison (but at least it was double basses ‘alone’ at the very end). Nor did the Scherzo quite hit the mark in its lazy recalcitrance, for all that the fugal punning of the Trio had the right fancifulness, and with the coda hardly ominous in its matter-of-fact plainness. Best was the Adagio, its indelible clarinet melody limpidly phrased by Andrew Marriner and its restive central section building in terraced waves toward a rhetorical though never hectoring climax, from where the music headed with quiet intent to its conclusion of tender repose. Never an easy movement to pull off, the finale rather lost focus in the (over-)extended second theme, though progress towards its triumphal return was keenly maintained.

The applause that greeted the resounding final bars was predictably if understandably ecstatic – as much, one felt, in response to what this conductor has achieved with this orchestra over almost five decades than to a performance which, admirable in many ways, was not the equal of, say, the Walton First Symphony and Vaughan Williams’s Fifth that Previn has given with the LSO during recent years. It yet set the seal on a memorable evening, capped by the ailing if still highly motivated conductor’s gesture of farewell as he was assisted from the platform.