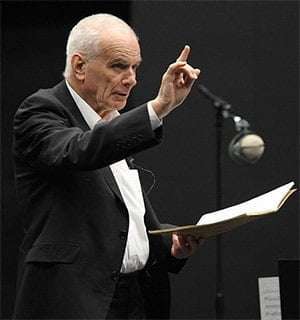 This London Symphony Orchestra programme centred on the first performance of Peter Maxwell Davies’s Tenth Symphony (2013-14) – the continuation of a cycle that now spans almost four decades, and a piece on which its composer worked in the knowledge that serious illness might prevent him from completing. In the event the 79-year-old composer (in attendance) has created a substantial entity whose inspiration in Italian architecture stems from his formative period spent in Italy during the late-1950s: specifically the life and fate of seventeenth-century architect Francesco Borromini – played out over four parts in a hybrid of dramatic oratorio and symphony which has relatively few precedents (though Hans Werner Henze’s Ninth Symphony, with its basis in the wartime German resistance movement, might well be a direct precursor).

Architectural ground-plans have long been of significance to Maxwell Davies (most notably in his imposing Seventh ‘Naxos’ String Quartet), but the new work takes this thinking a stage further – the first part building its form through the interplay of cumulative string paragraphs and angular brass fanfares, culminating in an outburst of metallic percussion as evokes this construction in the most graphic terms. The second part then brings in the chorus, with a glowering setting of an anonymous (and only recently rediscovered) sonnet that attacks Borromini in the most scabrous terms, followed by the baritone with a setting of extracts from the latter’s Opus Architectonicum in which he eloquently defends his practice. The third part, again orchestral, is a scherzo which features much dextrous writing for tuned percussion (not least marimba) as it pursues an often explosive course to its tense resting-point; whereon the final part begins with a choral setting of Giacomo Leopardi’s impassioned tribute, and then continues with Borromini’s own account of his (ultimately fatal) suicide attempt – the baritone’s increasingly resigned manner complemented by the choral intoning of those buildings which still attest to his genius, before the soloist’s final benediction amid allusions to Maxwell Davies’s earlier music as if in a conscious act of summation.

The 44-minute Tenth Symphony reinforces Peter Maxwell Davies’s continuing allegiance to a genre that most of his younger contemporaries have abandoned – attempting, moreover, a fusion of the abstract and dramatic such as makes it a culmination only in context. Few, if any, of his symphonies can have had a more persuasive launch – Antonio Pappano (soon to give hearings with his Santa Cecilia Orchestra in Rome and the Tchaikovsky SO in Moscow) securing a clarity and incisiveness during even the most densely scored textures. Markus Butter retained his lustrous tone over the climactic final pages, while the London Symphony Chorus continued its revitalised progress under Simon Halsey. Not since Tippett has British music had a choral work comparable in its combining of innovation with experience. 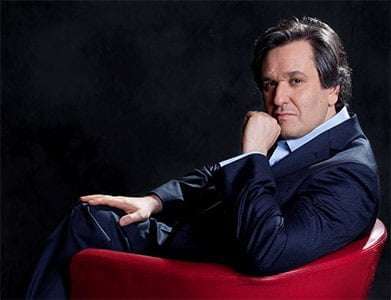 The first half brought contrasting fare by Elgar and Britten. The latter’s Violin Concerto (1939), now all but a repertoire piece, received an account of no mean eloquence from Maxim Vengerov – a little over-inflected, perhaps, in the reprise of the first movement’s main theme and in the spectral transition back to the scherzo’s closing portion, but with the cadenza securely integrated into the evolving musical design as well as scintillatingly rendered. At times in the final passacaglia, Vengerov sounded absorbed more in his own playing than by the ingenuity of Britten’s writing – yet, after a powerful climax, the coda had a rapt though never self-communing intensity that was most affecting. The LSO was not found wanting.

It might seem a little presumptuous to suggest that a conductor with combined English and Italian ancestry is ideally placed to interpret Elgar’s In the South (1904), but this singular interplay of overture and symphonic poem duly took flight in a reading whose emphasis on its more evocative episodes – namely the graphic depiction of marching Roman soldiers and the ensuing lullaby (with a touching viola contribution from Paul Silverthorne) – was never at the expense of that formal coherence which the composer invests into the piece as a whole. Nor was the final peroration, launched with a hushed transition such as is all too rarely encountered in concert performance, lacking that Straussian opulence with which Elgar sets the seal on this uninhibited salute to the Italian spirit.