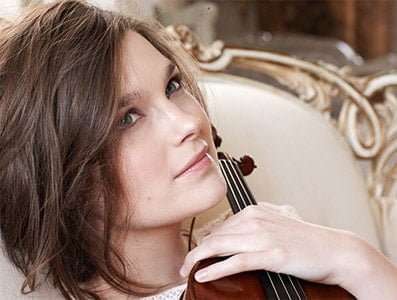 It was a tale of two techniques. Janine Jansen’s intense, febrile violin playing, elbow raised as she foraged for notes, could not have been more different from the relaxed empathy with which Steven Isserlis caressed his mellow cello. The first half of their shared Wigmore Hall programme kept the two players apart, so we had to wait until the evening’s final work before hearing their unlikely partnership in action.

In an evening of music composed during one or other of the Twentieth Century’s two World Wars, Jansen’s nervy assertive voice was well suited to Poulenc’s cynical Violin Sonata, composed in the early 1940s and dedicated to the memory of the slaughtered poet Lorca. The restless opening melody, brief yet insistent, emerged with a dark, bruising bite; and so it continued until the culmination of an edgy, epic traversal, when the Dutch violinist and her exemplary pianist, Dénes Várjon, gave an account of the Presto tragico finale that was exhausting in its brilliance. 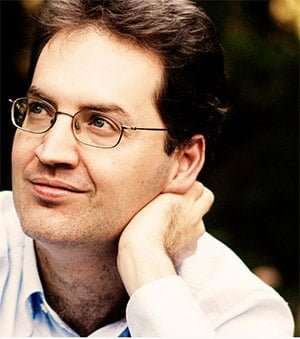 Várjon was the common factor in all five works. At the start of each half he was joined by his wife, the sensitive Izabella Simon, for piano duets (piano/four hands) written for young pianists by Stravinsky and Walton. It may well be, as one often hears, that for a virtuoso musician there’s nothing quite so hard to play as an ‘easy’ piece, but Várjon and Simon did them proud. Stravinsky’s Three Easy Pieces date from World War One and are constructed in the ‘wrong-note’ style he tended to use at that time when in playful mood. The third Piece, a Polka, alludes to “Brüderchen, komm, tanz mit mir” from Humperdinck’s Hänsel und Gretel; would this I wonder, have been an opera that his piano-playing children, Theodore and Mika, particularly enjoyed?

Walton’s Duets for Children are prettily predictable miniatures that ask next to nothing of the listener, and for all that Várjon and Simon executed them nimbly the ten pieces attempt little more than to illustrate their headings in brief musical form: here a pony trap, there a puppet’s dance – that kind of thing. They are undeniably charming on a certain level, but considered as music they were not worthy of the company they kept.

The restless momentum of Martinů’s First Cello Sonata was powerfully conveyed through the gut strings of Isserlis’s cello. What a compelling work it is! Composed in 1939 as Europe entered its darkest era, the music is filled with turmoil and incipient terror. The vehemently-projected opening movement gave way to some Prokofiev-like angularity in the Lento’s uneasy peace, while Isserlis played the finale, marked Allegro con brio, with a physical stillness that gave the music an unsettling crosscurrent in its closing pages.

For all that the Piano Trio only requires three players, it is one of Ravel’s most substantial compositions in any form. So much goes on in this tightly-knitted yet elemental tour de force, and the musicians bounced off each other with an instinct for the entangling drama. The string players’ contrasting styles worked to the music’s advantage as they swayed with its ebb and flow, with the result that nothing was ever predictable even though they were clearly working towards a common goal. They formed an exciting alliance, their partnership bound together by Várjon’s sure-footed pianism. (Too sure-footed at times, perhaps, for he was certainly very free with the pedal.) Between them, all three musicians gave a reading of the most rhapsodic eloquence.