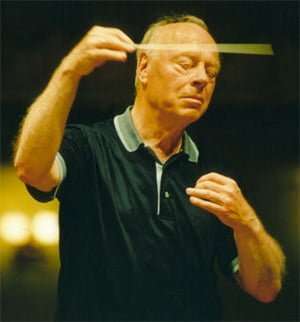 This well-balanced program included two relatively early masterpieces by Mozart and Shostakovich. The LSO sounded firm, strong and brilliant throughout the performance, and displayed impressive precision, making evident its commitment to Bernard Haitink.

Mozart’s E flat Piano Concerto, written in 1777, was believed to have been composed for a French pianist named Mademoiselle Jeunehomme, but a letter to Mozart’s father a year later reveals that the dedicatee was Victoire Jenamy in what is the composer’s most inventive and substantial piano concerto to date. At the outset he solves one of the most knotty problems – when and how to first bring in the soloist – by having the piano enter almost immediately. The concerto contains the usual three movements and its thirty-minute length, considerable for its time, is filled with interesting ideas. Emanuel Ax was an excellent soloist, his light touch, unadorned but graceful lyricism, and deft rendering of rapid passagework combined delicate sensitivity with youthful energy. His straightforward yet delightfully idiomatic manner was perfectly in sync with Haitink’s approach. 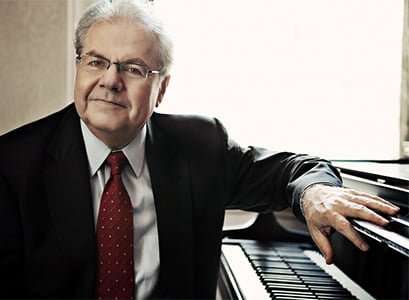 Ax combined a congenial lightheartedness with vigorous agility in the first movement, capturing every nuance with grace and elegance. The Andantino middle movement began in doleful meditation but soon became less melancholy, sounding like a dreamy arioso that Ax expressed with exquisite refinement. But here the large compliment of strings detracted from the intimate nature of this music while making stronger passages sound exceedingly forceful. Ax gave a sprightly, invigorating performance of the finale, a joie de vivre that was simply enchanting.

Shostakovich’s Fourth Symphony, written in the mid-1930s, has a troubled history. Its free-form segmented structure and radical dissonance would have been too much for the bigwigs who controlled music with an iron hand in the Soviet Union. After a scathing attack in Pravda (the official newspaper of the Communist Party) against his opera, Lady Macbeth of Mtsensk, at a point when Shostakovich had nearly finished the Fourth, he was coerced to withdraw the Symphony before its scheduled premiere. After Stalin’s death in 1953 he revised the work, and its first performance took place in 1961. Stylistically, Mahler’s influence is apparent throughout, such as grotesque dances and marches, trumpet calls and, in the first movement, cuckoo calls. The unprepared shifts in tempo, repetitive rhythmic underpinning and dramatic character conjure up Mahler’s lebenswelt, the incessant whirling motion of life that often changes without warning and seems to lack any purpose or ultimate goal.

The Fourth’s lengthy first movement is filled with themes and ideas that come and go often without transition, juxtaposing a vigorous march with demonic dance music in a sequence of phantasmagorical, disjunctive episodes that sometimes build to explosive climaxes that suddenly give way to moments of eerie disquieting calm. Haitink set a somewhat weighty opening tempo that established the overall tenor of the performance. Yet while doing so he imbued the heavily accented theme with an adamantine obstinacy akin to fist pounding. Full power and a hard-edged incisiveness, particularly in brass and percussion, enhanced the assertiveness thrust and riveting intensity of the climaxes heightened by enormous fff outbursts. Sneering trumpets and trombones added a touch of the demonic to the quick-step march. Full-bodied string sound enriched the expressive lyricism of the soft melodic interludes. Bassoon solos, both here and in the third movement, were nicely handled by Rachel Gough. Woodwinds gave a sprightly quality to the circus-like music in duple meter that breaks in unexpectedly about two-thirds of the way into the movement. String accuracy in the wild presto fugue that follows was simply astounding.

Haitink seemed to emphasize the flowing quality of the viola theme that opens the brief second movement, but when the woodwinds take over the theme is transformed into a grotesque devil’s dance. But the fugato section for strings needed more underlying impulse, seeming a bit too foursquare to hold the attention. The percussion ensemble deftly handled the churning rhythmic figure that keeps repeating like a revolving wheel during the hushed coda.

Haitink set a perfect pace for the funeral-march that opens the finale, sounding like a doleful caisson mourning the loss of a great hero. Cellos cut into the march-theme with reinforced accentuation. Assertive strings and screeching woodwinds bring the opening section to a strong conclusion, leading into the allegro. As with the first movement, a slightly weighty pace with marked accents worked well but began to wear and finally became virtually unendurable. Although the enormous brass chords that follow provided welcome relief, they merely react to rather than provide a goal for that unremitting motion. Then woodwinds assert a rising three-note motto ending on a seventh that sounds a note of warning. It rises to what appears to be an apotheosis of gigantic proportions, yet which fails to resolve the trumpet’s disquieting motto, which continues to sound strangely ambiguous after the climax dissolves into virtual silence. A celesta softly intones a phrase that keeps repeating without achieving closure as the long sustained C major chord dies away. This was a shattering experience stunningly performed.