Delius
A Village Romeo and Juliet – The Walk to the Paradise Garden [arr. Beecham]
Grieg
Piano Concerto in A minor, Op.16
Holst
The Planets – Suite for Large Orchestra, Op.32

Ladies of the Philharmonia Chorus 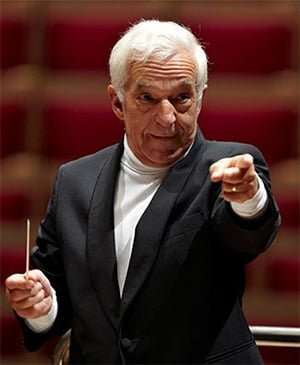 Expectations can be the worst of things, for good and bad. I’m a sucker for The Planets but I felt never really needed to hear Grieg’s Piano Concerto again. Alice Sara Ott’s performance may not have been as scintillating as Imogen Cooper and Iván Fischer’s reinvention of Beethoven’s First Piano Concerto on this very stage in April, but it still packed quite a seismic punch. Ott, barefoot – like Vladimir Ashkenazy’s soloist a few days earlier, Patricia Kopatchinskaja – had the measure of the solo part, although perhaps more persuasive in the thundering octaves than the more poetic passages, but it was Ashkenazy’s moulding of the orchestra’s part that impressed even more strongly. I’d always regarded Grieg’s scoring (at least here) as rather dull, but Ashkenazy used his magic to tease out instrumental colours to make the accompaniment sound both cohesive and innovative. Packed with exquisite detail, as an example were Geremia Iezzi’s fantastic horn solos in the second movement, although it was flautist Kenneth Smith who, somewhat surprised, accepted Ashkenazy’s thanks at the end. 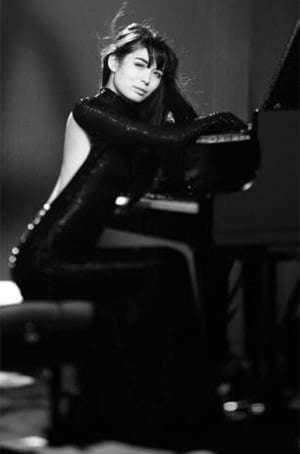 Iezzi also shone luminously and lustrously in Holst’s Venus of The Planets, a wonderful showcase for the Philharmonia Orchestra. Not that it is unpractised in the work, having been filmed by 37 cameras for Universe of Sound with Esa-Pekka Salonen. They played it live with Salonen in July 2012, a month earlier with Edward Gardner, and eleven months later also with Ashkenazy himself. It’s not a regular Ashkenazy piece, but a close attention to the score didn’t hamper him putting an individual stamp on the music.

‘Mars’ may not have had the clipped menace of Salonen’s whip-crack reading, but there was something just as insidiously sinister, especially in the way Ashkenazy built the slow central section. By contrast, ‘Venus’ had the innocence of Delius’s Walk to the Paradise Garden that we’d heard at the top of the concert, in Thomas Beecham’s reduced orchestration. ‘Mercury’ positively burbled along, while the famous hymn-tune of ‘Jupiter’ benefited from Ashkenazy’s neutrality in national sentiment. The chill of ‘Saturn’ cooled the previous Planet’s ardour, as did ‘Neptune’ for ‘Uranus’.

Whilst the Royal Festival Hall’s organ now looks magnificent it is as yet still half-powered (in that not all the pipes are working – we have to wait for March, the instrument’s 60th-birthday, for that), but was impressive nonetheless, not only in the climax of ‘Uranus’, but also in the eeriest of pedal notes in ‘Neptune’. The Ladies of the Philharmonia Chorus were a touch too present in their ululations off-stage (Ashkenazy gesticulated over towards the Royal Box at the end, although I thought the sound was from backstage), although the diminuendo was working well at the very end and just stopped rather abruptly. But apart from that, this was a fine performance, greeted with rapture.