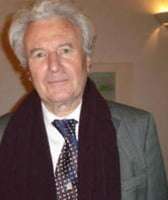 The first of the London Symphony Orchestra’s three concerts in New York was billed as an “Opening-Night Gala Program”. Donors were treated to an elegant pre-concert dinner served in the concert-hall lobby, complete with busts of Mozart on every table, while the ushers carefully directed the traffic of entering concert-goers through corridors between the diners. Festivities continued at the end of the first half when a huge cake was wheeled out and the orchestra and chorus broke into “Happy Birthday”. Sir Colin Davis turned 80 on 25 September, but here was a chance for New Yorkers to add their good wishes.

Both works on the program were written, at least in part, during the last year of Mozart’s short life. Sections of his unfinished “Requiem” were later orchestrated by his student Franz Xaver Süssmayr, who also completed some movements based on only a few sketches or composed them outright. Be that as it may, it is the ‘Mozart Requiem’ we all know, and Sir Colin managed to make us listen to it as one continuous work. From its somber beginnings through the excitement of the ‘Dies Irae’, the touching ‘Lacrimosa’, and finally back to the opening themes, he shaped each movement individually within an overall concept of classical style which emphasised tonal beauty and continuity of line. 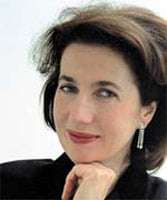 The LSO supported him wholeheartedly with very refined playing, and the London Symphony Chorus acquitted itself valiantly. As for the soloists, Darren Jeffery’s ‘Tuba Mirum’ was appropriately dark and threatening, and Anna Stéphany sang with a warm and vibrant tone. Substituting on short notice for an indisposed Andrew Kennedy was Andrew Tortise, a bright, light voice tenor with a rapid vibrato. Marie Arnet similarly tended to get somewhat shrill in the upper register. She also was prone to swaying along with the music when she was not singing, which can be distracting, but much less so than the extremely expressive body language of the LSO’s leader, Gordan Nikolitch.

The concert had started with Mozart’s last piano concerto. It is a very lyrical work, scored for strings and a very small complement of winds only – one flute, and two each of oboes, bassoons and horns. Imogen Copper decided to treat it as pure chamber music, sensitively accompanied by Davis and the reduced orchestra. While this brought out the intimate aspects of the piece, its delicacy and Romanticism, it also deprived it of its full spectrum of expression, especially in the last movement.