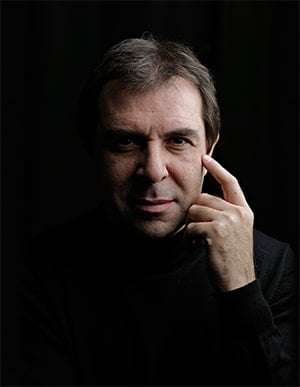 We are awash with performances of Mahler Symphonies, and some of them are currently off my radar. Not the Seventh though, a great and fascinating piece, less angst-ridden and apocalyptic than some others of his, more a set of character pieces. Returning to the LSO for the first time since 1996, what to make of Daniele Gatti’s conducting of it?

Well it was certainly time-taken, totalling around 90 minutes in all, a considered reading that started well with suggestions of row-boats and forests, and with a ‘cry from the wild’ tenor-horn solo (albeit played here on the more baritonal euphonium), but when the Allegro con fuoco was reached, Gatti’s tempo was way under (close to slow-motion Klemperer and similar to recent Maazel), denuding the music’s heroic and dashing side. Certainly detail was vivid, at times too loud and overly bright (including OTT cymbal clashes) – an extra double bass (to nine) making little difference in the nether regions – such raucousness offset by the rapturous music at the movement’s centre, played ravishingly and with ecstatic outreach. But the whole was too dogged, sounding confined if articulate, Gatti sticking to his questionable deliberation, which only paid real dividends in the ground-out coda. But if the conductor wished to suggest that life and love are a constant struggle, then he succeeded.

Also dubious was his too-measured view of the finale (in which Bernstein is supreme, his second New York recording), launched by a superb timpani solo from Antoine Bedewi (such varied and superior playing throughout), in which festive high spirits were subdued due to a lack of impetuousness, although dance rhythms were nudged with fondness, but the final bars were mistimed: instead of expanding in triumph Gatti pushed through the music and failed to clinch the moment.

The middle movements, given with little pause between them, fared much better, although ‘Nachtmusik I’ plodded somewhat in an ungainly manner, and Gatti’s penchant for extracting detail sounded more like a treatise on orchestration rather than being integral to the music. But balancing these doubts were the spectral scherzo and ‘Nachtmusik II’, the former spooky (here every sound was ghoulishly meaningful, the LSO relishing Mahler’s amazing invention and scoring), and the latter, with guitar and mandolin, was full of breeze and fragrance, given con amore, in which Gatti’s care, attention and affection worked wonders.

The LSO wasn’t infallible on this evening, but Gatti’s spot-lit exposure placed specific challenges on the musicians; of particular distinction were the contributions of the string principals: Messrs Keller, Alberman, Silverthorne and Quarrington and cellist Rebecca Gilver.