Guildhall Artists at the Barbican
Shostakovich
Preludes and Fugues, Op.87 – No.8 in F-sharp minor & No.24 in D-minor
Mussorgsky
Pictures at an Exhibition
Antonina Suhanova (piano) 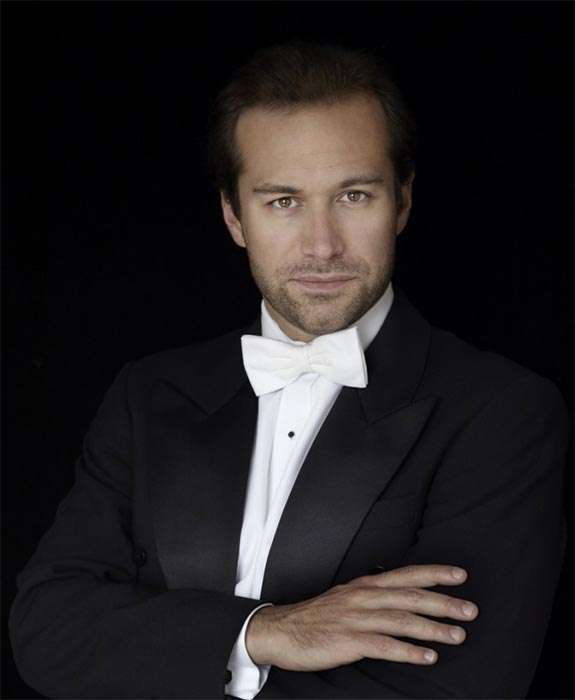 Fabien Gabel, Chief Conductor of the Quebec Symphony Orchestra, first worked with the LSO as Assistant Conductor in 2005 and 2006 after winning the Donatella Flick Conducting Competition and he returned here in a programme that suited him perfectly.

Ravel’s La valse represents dance music scarred by war in a performance notable for the ravishing delicacy of the playing and impressively shaped and subtly controlled by Gabel: crescendos, each more irresistible than the last, were set out with sensible pacing and lift, and the closing stages had great drive and frenetic energy.

Shostakovich’s Violin Concerto No.1 is a multi- faceted work. James Ehnes with his innate lyricism and effortless technique did not, to begin with, seem an obvious choice for the work. His beautiful tone in the opening of the ‘Nocturne’ did not indicate the repression of feeling hinted at in Shostakovich’s music but his burnished intensity won through at the close. The clapping that followed broke the mood, but the Scherzo’s demonism was executed with spirit. The ‘Passacaglia’ was realised beautifully, Ehnes refined and meditative rather than anguished. The linking cadenza was played with rising tension and the ‘Burlesque’ was furious but never uncontrolled. It was a more measured reading than many with an emphasis on purely musical values. Ehnes offered as an encore some Bach, etched with grace and purity of tone. 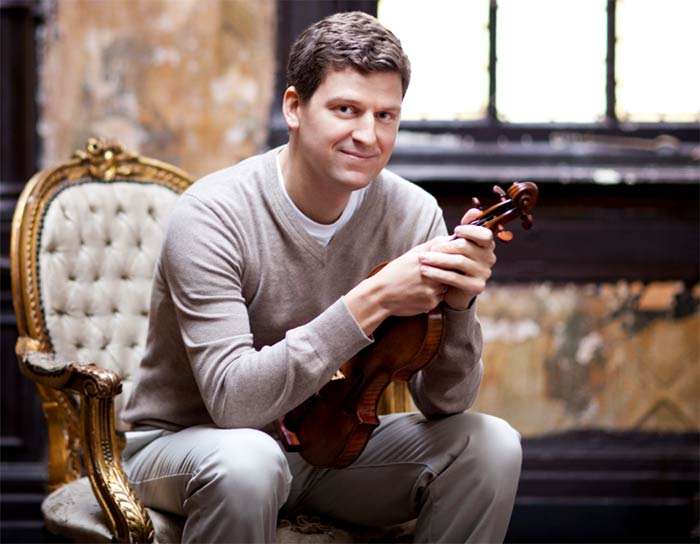 Following the interval was Michael Taplin’s five-minute Ebbing Tides, which grew out of his earlier SHARD, an explosive piece using extremes of register, and is music of delicate transformations, overlapping lines and slowly shifting textures, lead to an outburst with glittering percussion. Taplin is a composer worth watching for.

Earlier in the evening Antonina Suhanova had played Mussorgsky’s Pictures at an Exhibition as he wrote it. It may have lacked some characterisation but was given, as were the two Shostakovich Preludes and Fugues, with great technical accomplishment that raised the question whether Pictures ever needed a change of medium.

This was answered in Gabel’s conducting of Ravel’s familiar orchestration that was without a hint of routine and displayed many insights and fine detailing: the brass in ‘Catacombs’ caught a mood of elegiac stillness, and ‘The Hut on Fowl’s Legs was powerfully rhythmic. ‘The Great Gate of Kiev’ was spaciously conceived to give a sense of architectural grandeur rather than empty triumphalism. The LSO played superbly for Gabel, and he has that rare gift – he can make the familiar seem new-minted.