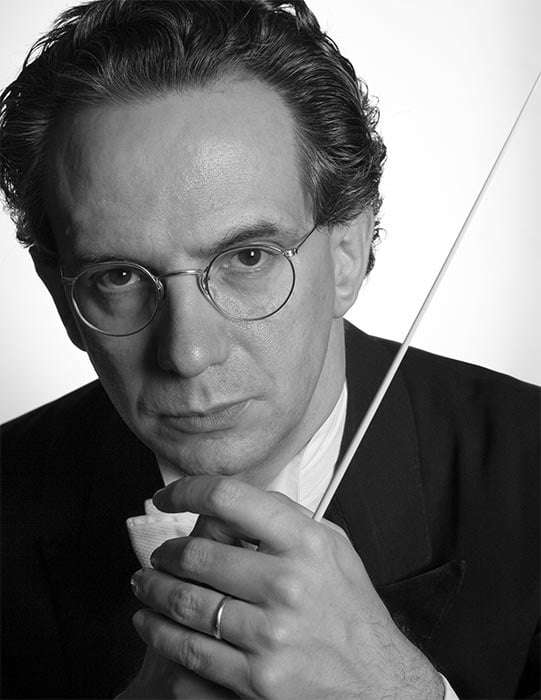 An extraordinarily restrained and introspective account of Schubert’s ‘Unfinished’ Symphony made clear we were in Lent. Under the largely undemonstrative Fabio Luisi the LSO produced an account that, at nearly thirty minutes, might be considered funereal – with the second-movement Andante verging on the elegiac, which transformed the twenty-five-year-old Schubert into some sort of elder statesman. That said, there was no escaping the sheer beauty of timbre Luisi drew, melodic outlines lucidly phrased with exquisite smoothness and consummate musicality.

If his priority in general was intimacy over drama, then the pianissimo opening of the Symphony (with the emphasis on the moderato part of the marking) had both these qualities. The cellos and double basses emerged from nothing, so quiet as to be strangely eerie. Events progressed with a sense of decorum, fortissimos contained within a highly controlled dynamic level that were it not so refined might have sounded dull. Plenty of theatre, however, emerged in the development which built into something substantial, fruity brass and assertive timpani adding some much-needed colour.

Polished playing was to the fore in the Andante, LSO strings wonderfully poised, especially just before the entry of the clarinet theme, which gave this passage a feeling of tragedy. At times, intensity of expression was so dominant as to nearly derail momentum, almost coming to a standstill at one point. Idiosyncratic this interpretation may have been, although there was no denying its integrity.

On the evidence of these tempos one might have thought Brahms’s German Requiem would be pedestrian. But it was well-paced. Julia Kleiter was mellifluous, clear of voice, if not necessarily in diction, and replacing an indisposed Ruben Drole was a bright of character and casually-dressed Simon Keenlyside who brought authority to his two contributions yet gave only minimal tonal variety or sense that he was reflecting on the number of his days in ‘Herr lehre doch mich’. We got all the notes in the right order but little else.

The London Symphony Chorus sang with confidence, and provided some serious heft for the big fugues. But occasional tiredness got the better of sopranos in ‘Wie lieblich sind deine Wohnungen’, the high notes never quite reaching their true centre. The LSO made up for this with refinement and colouration, and, elsewhere, it gave sensitive support and, when required, let rip, as in the glorious resurrection passage of the sixth movement where the Chorus was also splendidly affirmative. The vision of paradise that makes up the final setting was achieved with warmth of tone, providing hope.

Overall, if Luisi had treated Brahms with the same degree of reverence he applied to Schubert, the Requiem might have had more emotional impact and I would not have left the Hall still thinking about the ‘Unfinished’.