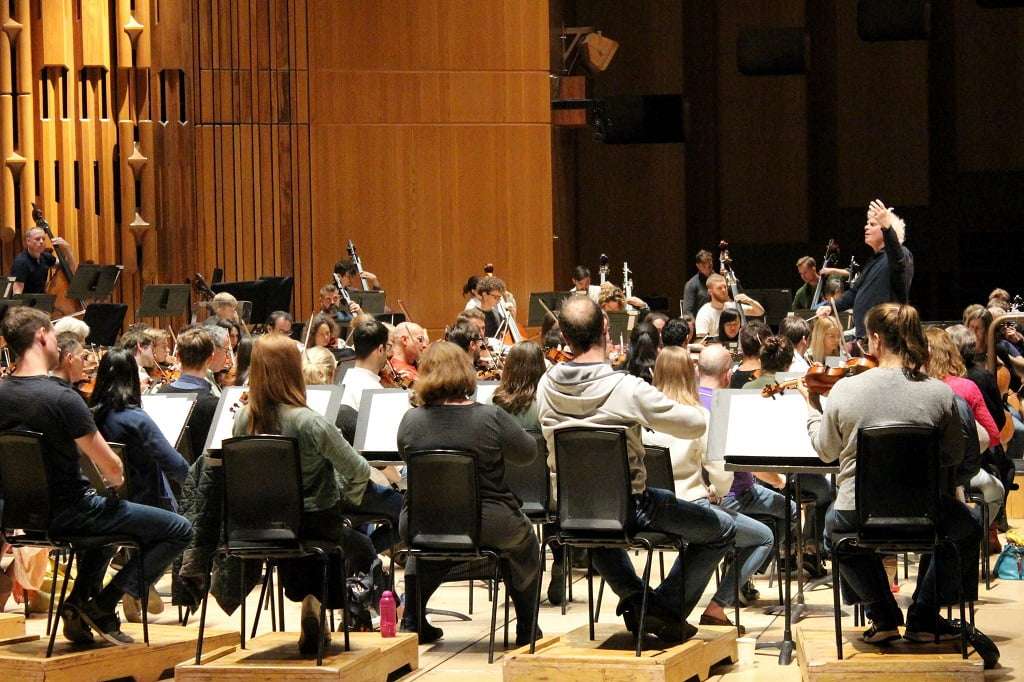 Strings alone. Woodwinds, brass and percussion, no strings attached save for basses. Full orchestra, I mean really full. LSO and Guildhall School musicians (eighty-seven of the latter in total) side by side, the students in white shirts or blouses. This was a Simon Rattle concert.

Ralph Vaughan Williams’s Tallis Fantasia (1910) received as potent a performance as can be imagined (even more so if the Barbican Hall were a cathedral of sound, Gloucester’s hosted the first performance), expansive in tempo, vying between veiled and refulgent in tone, the distance between the first string orchestra (here founded on eleven basses) and the much-smaller second (nine players) to the rear of the stage well-judged, the latter coming across as viol consort-like as if harking from Tallis’s sixteenth-century. As intimate (LSO principals an expressive quartet) as it was voluptuous, this account of a masterpiece soared to ecstasy with largesse and then a dying away to the nothingness from which it enters.

Percy Grainger’s A Lincolnshire Posy (1937) dresses folksongs from the area (as sung indigenously to him) in extravagant concert-band scoring (from piccolo via six saxophones to euphonium and tuba; here the latter two were hunting in pairs), music that dances, paints pictures, and – in ‘Horkstow Grange’ – touches the soul with imposing rhetoric and deep harmony. Rattle is a long-term champion of Posy (he recorded it during his CBSO days) and brought relish and affection to it, LSO and Guildhall players hitting the spot throughout, whether rhythmically foot-tapping or ballad-like, be it Poachers, Sailors or Lord Melbourne. Grainger’s masterpiece (as suggested by one of his biographers)? One of them, certainly, not least for his contrapuntal skill, detailed/bubbly embellishments and footlights-traversing vibrancy, without forgetting The Warriors and some of those short gems (Country Gardens, Handel in the Strand, Over the Hills and Far Away…). 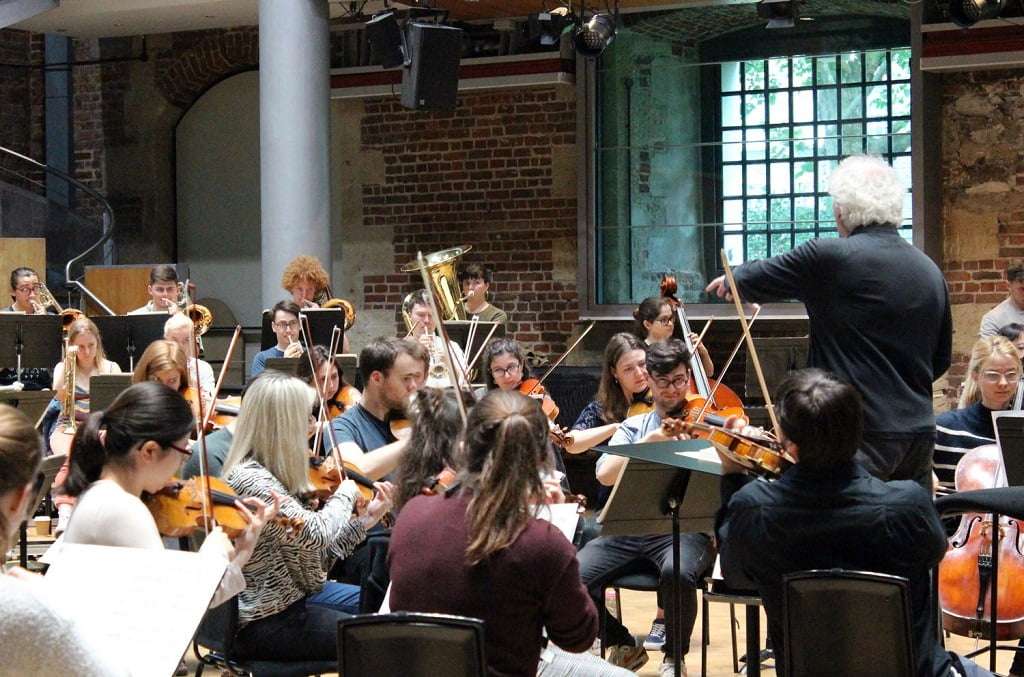 Bruckner 4. So soon following Bernard Haitink conducting the LSO in this ‘Romantic’ Symphony (March 10) was surprising. Of course Sir Simon (using the same edition) has his particular way with it. Read on.

With as many musicians that can be fitted on to an extended platform (twelve basses now) Rattle led a flowing, surging account of the first movement, slightly indulged at slower moments, and sporting a wide dynamic range, subtly differentiated at times (a quality not always apparent in the first half). From shimmering to sonorous (but never too loud or brass-heavy), the LSO and its Guildhall guests made for an impressive coming-together of youthful and experienced talent. The second movement Andante quasi allegretto was probably the highlight, paced to that direction – suggesting nocturnal tread, pilgrims chanting – and enhanced by burnished timbres from violas and cello. Following which the Scherzo was somewhat disjointed, and with the horns too embedded into the texture during tuttis, although the Trio was a special moment, dreamily pastoral. It was virtually straight into the Finale, a mix of purpose, clamour, signposting, plodding and storybook wonderment. When the Symphony ended we had reached the mountaintop that the LSO’s Diego Incertis’s (slightly wobbly) opening horn solo might have come from.

All in all, an inspiring evening.