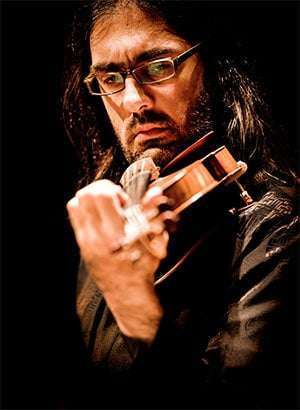 Leonidas Kavakos has been folding conducting into his portfolio for the past decade or so, with some notable notches on his baton and more to come. A few soloists at the top of their game, as Kavakos is, do manage the balancing act, though fans are often left puzzling about their motivation. Along with a bit of general eye-rolling cynicism about yet another international soloist taking this well-worn path, the main preconception I took into this concert was that the qualities I so treasure in this exceptional violinist’s playing, notably a bravura tempered by a fierce intelligence and inwardness, would not necessarily be the ideal skill-set for a conductor. I was wrong.

This concert (and the same Beethoven programme in Edinburgh two nights ago) marked his conducting debut with the LSO, with whom Kavakos enjoys a relationship of mutual cherishing. If you judge a conductor on the sound he draws from his players, then, based on the Prometheus Overture, success was assured. The LSO was at its legendary, sumptuous best, with a wrap-around spread of depth and clarity, Kavakos’s rather angular, heavily gestural conducting adding an extra hit of pressure to the pace.

In the Triple Concerto, the soloist best placed to direct and play is probably the pianist. Here, though, ignoring the idea of piano trio versus orchestra, Enrico Pace was placed in the middle of the classical-size ensemble, with the two string players on display at the front, and Pace seemed to be taking quite a few rhythmic cues from the players nearest him. With Kavakos hurling himself into some far from spontaneous (and, one pondered, not vital) bursts of conducting in the tuttis, there was the strange effect of making Tim Hugh top-dog in a cello concerto (with violin obbligato and piano accompaniment) that, alas, Beethoven never wrote. The first movement went with a genial expansiveness, Hugh’s eloquent playing sustaining its elegiac tone; his brief duet with Kavakos in the Largo was a blissful moment of Beethoven-sublime; and the deliberate tempo Kavakos chose for the polonaise finale rather hobbled its potential for exuberance.

Preconceptions, though, were blown away by the LSO and Kavakos’s incendiary partnership in the ‘Eroica’. Kavakos’s canny half-concealment of the shadow of instability seeded into the Symphony’s opening bars pricked up your ears not only for a wealth of detail to come but also for Kavakos’s long-range imagination in keeping things in reserve, so that the first movement was like a controlled explosion of vitality, crafted with immense care. A later tradition seeped into the ‘Funeral March’, with Kavakos’s tremolando left-hand shaping the music’s longed-for retreats and reluctant advances with an almost Brucknerian vision – Kavakos, apparently, has expressed an affinity for Bruckner – and the heavy attack in the fugue came with a telling undertow of lassitude. There was a strong whiff of Mahler in the finale, clarinets raising their instruments at a moment of high demonstration and a brief passage for some solo strings, I think, which is not in the score. Kavakos’s shaping of the ‘Prometheus’ theme was transformational, his vigorous exposure of the main theme’s banality eerily prescient of the Diabelli Variations, and the way he poled the music away from straightforward variation security into developmental complexity was both masterly and outstandingly clear. The LSO capped this far-sighted, accomplished reading with brilliantly characterful playing.