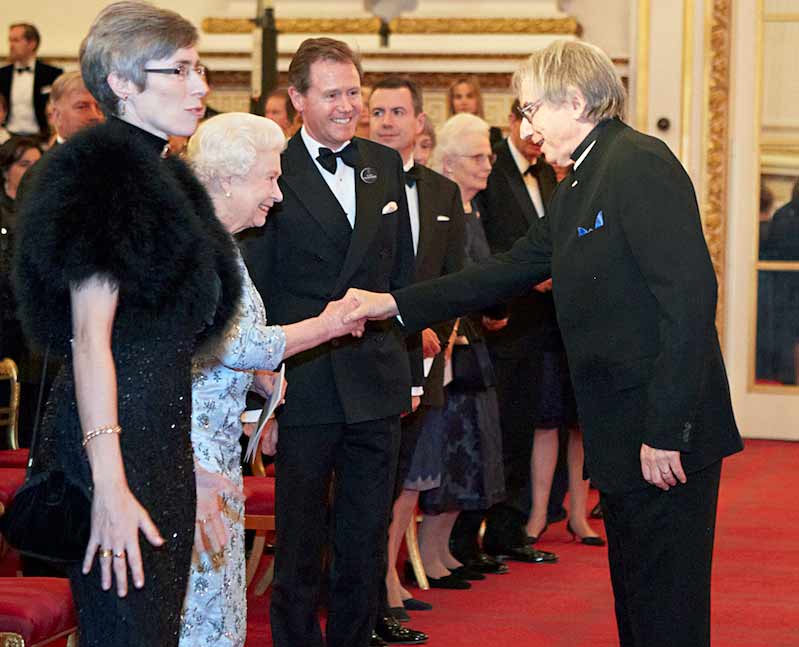 The LSO is famous for its rapport with favoured maestros, and its relationship with former Principal Conductor Michael Tilson Thomas is particularly potent. You could hear it in the small differences of attack and shading the orchestra can provide for a conductor who has a clear idea of what he wants. This is why their music-making together is so consistently fresh and why this programme of 20th-century classics was so true to the composers’ visions.

The whole point of Britten’s Peter Grimes came pouring out of the ‘Four Sea Interludes’ – the elemental bird-flight (so prescient of the feeling of release in the much-later Third String Quartet) and the arbitrary effect of wind on water in ‘Dawn’, the poison of hypocrisy leaking into ‘Sunday Morning’, the seer’s isolation in ‘Moonlight’, and the gathering fateful negation of energy in ‘Storm’ – the opera is unthinkable without these four great tone poems. I particularly admired the primary colours subtly becoming thicker, darker and more muted, as if adjusting their natural state to human intervention.

The complexities of Shostakovich’s personality are declared more starkly in his later music but are still very much present in his First Piano Concerto. Yuja Wang, diminutive but looking gym-honed and athletic, is a formidable player. To watch the way she engineers her style, how she achieves the varieties of touch and volume – I still don’t understand how she gets such huge, bell-like fortissimos without banging – is to marvel at what the human body can do. With playing of such superhuman accomplishment, it almost didn’t register that Shostakovich’s undercurrents of irony, sardonic humour and sudden dips into pain deferred to the overall gung-ho spirit of the work. It took the LSO’s Philip Cobb’s trumpet solo, played doppelgänger-like from the back of the orchestra, to assert these extra-dimensional opportunities with marvellous perception. Wang was eloquent in the slow movement, as her initially neutral stance opened out into quietly romantic grandeur, and Cobb’s remote shadowing of Wang’s ruminative playing was ghostly in the extreme. The LSO’s lithe strings kept the frenetic finale effortlessly on track, careering to an unhinged end. It was a performance high on thrills, continued in Wang’s encore which she introduced at some length and completely inaudibly. This was MTT’s Do You Come Here Often?, written for Wang, with the 70-year-old jazz hipster setting the tempo with a few finger-snaps.

LSO groupies are probably accustomed to a more veiled palette in Sibelius, and it took a while to adjust to MTT’s generosity of spirit and well-lit clarity of texture. It was soon obvious that his view of the Second Symphony as a transitional work favoured its anticipation of the composer’s later organic approach to structure. It made a big difference that the character of the woodwind antiphony in the first movement stayed the same throughout. It had the effect of not showing all the cards at once, of heightening expectations which were fulfilled sublimely in the slow movement. Here the woodwinds, playing as freely and idiomatically as I’ve heard them, gave the music the emotional darkness of an Ingmar Bergman film, emerging from the precision of the double-basses’ measured pizzicato opening and adding to Sibelius’s rubato marking an eloquent volatility. The elegance and economy with which the conductor sculpted phrasing and defined instrumental entries was a masterclass, and matched by playing of a special connectivity. The link from the Scherzo into the Finale was a triumph of expectation over hope, made all the more powerful for being able to hear just how precisely detail was released. For all its powerful expansiveness, this was a Sibelius 2 with a large-scale balance between tension and rock-like stability.

This programme opens the LSO’s forthcoming US tour, on Wednesday the 18th in Avery Fisher Hall, New York City.