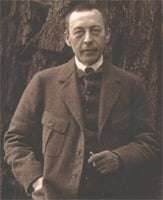 I confess to having an ambivalent attitude to Rachmaninov’s concertos and symphonies: too often it can seem as though they are less than the sum of their gloriously tuneful, heart-on-sleeve parts. But in the hands of Valery Gergiev and the London Symphony Orchestra, in this first of a three-concert “Rachmaninoff Festival”, the music was raised to a higher plane with committed performances that utterly convinced of its claim to be taken seriously.

With such rich, dark sonorities as Gergiev conjured from the LSO, the opening movement of the Second Symphony became intense and solid, worthy of comparisons with contemporary works by Mahler and Elgar. Gergiev was in total control, imparting a melodic ebb and flow with a sense of absolute rightness. And, despite the sparkly tinkle of glockenspiel in the exhilarating scherzo, and some breathtakingly exciting playing, Gergiev remained firmly persuasive that this is not vacuously frothy music.

The throbbing heart of the symphony is the Adagio, with its lengthy almost embarrassingly Romantic tune that pays homage to, but astonishingly out-does, Rachmaninov’s forebear Tchaikovsky, himself hardly melodically-challenged. Prefaced by a delectable clarinet solo, played with mesmerising sensitivity by Andrew Marriner, the sumptuous LSO strings brought a bold definition to the melody, eschewing any hint of slushiness while still projecting intense passion.

The dazzlingly brilliant finale shone with blazing brass. Gergiev’s measured tempo was arguably a shade under Allegro vivace, but convincingly at-one with the seriousness of his vision. Performed with such fervour by an orchestra on top form, under a conductor who clearly believes whole-heartedly in the score, I was left feeling thoroughly ashamed of my Rachmaninov scepticism. 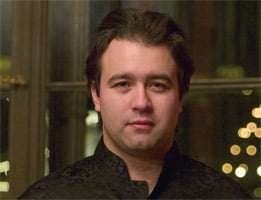 The first-half performance of the Third Piano Concerto had already forced a re-evaluation. From the sombre, muted concentration of the first movement, through the searing melancholy of the Adagio with its contrasting lightly tripping episode (featuring characterful clarinet and bassoon solos), to the thrilling finale, there was nothing glitzy or indulgent about Gergiev’s conducting.

Russian pianist Alexei Volodin was less showy or overt than is often the case in Rachmaninov. But he lacked nothing in technical skill; and his understated account displayed a refreshing humility. Instead of vaingloriously pitting itself against the orchestra, here the piano became a homogenous part of the whole, integrated with stunning LSO playing – weighty and joyous – each responding with equal commitment to Gergiev’s inspired direction. Rachmaninov’s music emerged all the stronger, a deep, vibrant, and unmistakably Russian voice. Enthusiastically received, Volodin took his chance to shine with an encore, one of Rachmaninov’s Preludes, immaculately played and imbued with genuine emotion.