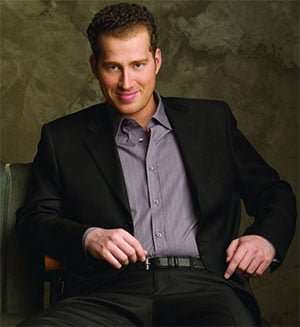 Celebration-concerts for Richard Strauss’s 150th-anniversary year continued here (this was the LSO’s first birthday performance) with two of his Tone Poems sandwiching Brahms’s autumnal (his last orchestral composition, published when he was 54; he died a decade later) Double Concerto; the three pieces written less than a decade apart. The LSO’s relationship with Nikolaj Znaider (its Principal Guest Conductor) is blossoming, too, and his wish to work with the LSO’s Principals in Brahms enhanced the kinship felt within that fraternal work.

But, to open, Strauss’s musical interpretation of the Don Juan legend, after a play by Nikolaus Lenau, in which the Don seeks the ideal woman, and, despairing of ever finding her, succumbs to melancholy and death. The LSO gave a coruscating account of this rich score, and brought vividly to life the moods and zeal that Strauss paints so magnificently. The opening tripped along. Leader Tomo Keller fought valiantly in his solos against the surging orchestra, and Oliver Stankiewicz’s oboe contribution was meltingly rendered; each section of the LSO was on top form and at full-throttle, conjuring a swaggering Don, which made his ultimate demise incredibly cold and empty – terrific! 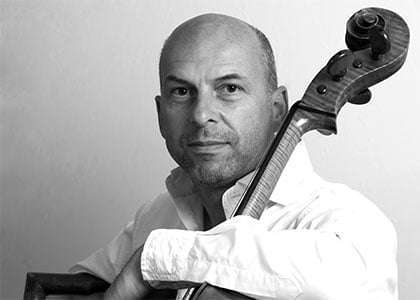 It was apparent that the Brahms was very much a meeting of friends, and despite the composer’s original intention (it began life as a concerto for cello but became a peace offering to violinist Joseph Joachim), here all were on equal footing. The opening Allegro opened in strident terms with Tim Hugh digging deep and Roman Simovic restless. Znaider was a watchful accompanist. A bit of schoolboy-joshing between the two soloists sat comfortably when the two instruments were in unison. The Andante passed with beguiling gentleness, mellow, on soft clouds with a light breeze caressing the shapes. The abundance of material that is presented in the finale – not least the gypsy themes that Brahms so love – was dispatched with bucolic charm. The avenues within the music were reached without recourse to handbrake turns; line and architecture to the fore.

The opening of Strauss’s Nietzsche-inspired Also sprach Zarathustra was made famous by Stanley Kubrick’s use of it in the film 2001: A Space Odyssey, in which it ‘works’ rather well. Here that sunrise opening section was too quick, forcibly and loudly if without detriment to good balance. Back at their desks were Simovic and Hugh to join-in with the brilliant playing of their colleagues for this vivid performance. Whilst whatever Nietzsche was on about is next-to-impossible to discern from this music, this reading unfolded its sections with clarity, excepting the subdued midnight bell. Nevertheless, at times hedonistic, or with swing, or even pure beauty, there was much to recommend this Zarathustra, including the simple fact that it was a glorious outing for a magnificent work.