The LSO has form in Sibelius, but his music hasn’t been core repertoire for its Conductor Laureate Michael Tilson Thomas. 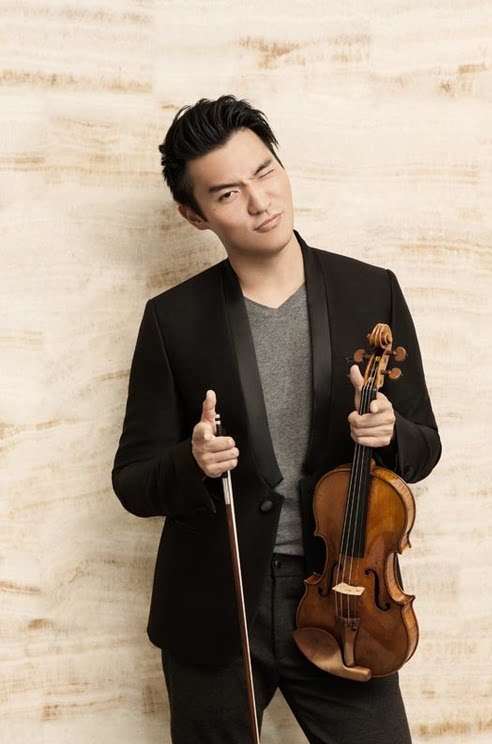 The opening of the Violin Concerto, on the threshold of audibility, could easily have lingered in the realm of ambiguous assertion and retreat between soloist and orchestra, but that was not Tilson Thomas’s main concern. Nor was it that of Ray Chen, who, in his LSO debut, was replacing Janine Jansen. The personable violinist has showmanship and glamour to spare. He plays the 1715 ‘Joachim’ Stradivarius (which once belonged to Joseph of that name) from which he draws an incomparably warm and majestic sound, and the Concerto’s virtuoso aspect is easily within Chen’s turbo-charged technique.

In the end, though, he imposed himself a touch too heroically on music that hovers between genres and hides behind complexities of mood, and, at least in the first two movements, plays its cards very circumspectly. You couldn’t fault him in the ardour of the first movement’s bard-like big theme, but the cadenza passages, where the music cools down, even freezes, and the soloist takes stock of his relationship to the orchestra, were too explicit. Chen’s old-school style of playing, his intensity and elegant rubato were undeniably romantic and assured in the Adagio, without suggesting the eroticism that animates the soloist’s burgeoning ascent from orchestral darkness. He was on virtuoso home-ground in a bracing, lithe account of the Finale, full of athletic rhythmic games, and he and MTT steered the coda to a stupendous conclusion. It wasn’t the most layered, inward performance I’ve heard, but the music’s beauties came through strongly.

There was an encore, which Chen offers frequently, Paganini’s Caprice in A (No.21), a flashy antidote to Sibelius, and again some playful business about exchanging bows with the leader.

The LSO’s strings were at their most luminous for the lovely opening of Sibelius’s Symphony No.6, which MTT went on to shape with disciplined mobility. It’s the nearest the composer gets to a Finnish ‘Pastoral’, here revealed with a keen ear for the music’s changes between solidity and evaporation. The woodwinds’ many solos and ensembles merged in an out of the texture with subtlety, and MTT deftly exposed the veiled grandeur of this Symphony, in which impact and stature are miraculously independent of length – some of the Sixth’s biggest thematic and structural gestures are achieved with minimal means.

In Symphony 7, MTT, initially without baton, laid-out its river-like flows and eddies with a clarity that in no way compromised its fleeting process of growth and decay, in which it scarcely mattered where one section ends and another takes over. The ending, magnificently played, brought the concert to a majestic close.