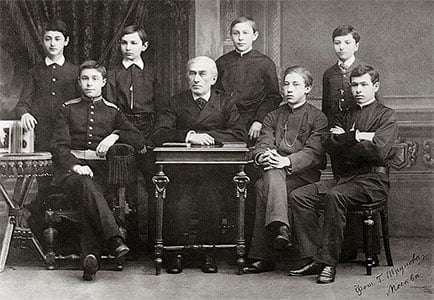 Not so long ago a concert of music by Scriabin and Messiaen would have ensured a poor audience response, but it was gratifying to see a near-full-house for this, the second of the LSO’s three-concert survey of Scriabin’s symphonic works conducted by Valery Gergiev.

The inclusion of Messiaen’s L’Ascension was a brilliantly imaginative move, the similarities between the two composers’ music strikingly revealed. Gergiev brought out the Frenchman’s heady, hypnotically beautiful, often joyous spirit with great skill and imagination. I had never before realised how the wind chorales in the first of the four movements clearly have their roots, both in atmosphere and colour, in Debussy’s music for Le martyre de Saint Sébastien.

The last time I heard Prometheus (sometimes referred to as Symphony No.5) the music was accompanied by the coloured lighting effects prescribed by Scriabin, but their absence here was of little consequence since this was throughout a vividly drawn performance. The programme note eloquently commented on “mosaics of contrasts and combinations, so closely woven that they give an effect of an indivisible, organic texture”. In lesser hands this kind of composition can fall apart in performance, but Gergiev controlled the disparate rhythms and meters in a masterly fashion, so that the music moved logically and purposefully ahead to its final triumphant resolution. Denis Matsuev’s contribution was effective, so too the brief wordless contributions from the London Symphony Chorus.

Scriabin’s Second Symphony of 1901 marks an earlier period of his development, and nobody who admires late-Romantic Russian music will find any hindrance to enjoyment in this work, though its five-movement structure is unusual: both the first and the second, and the fourth and the fifth movements, are linked and are separated by a long Andante, a “garden of delights”. Gergiev clearly loves this music, and he obtained a performance of great character and spirit from a wonderfully responsive LSO, the woodwinds playing with great artistry and charm. In the vigorous outer movements and during the march-like finale Gergiev’s pointing of rhythm and changing tempo relationships was finely controlled, the LSO playing in a remarkably unbuttoned fashion.

Throughout the concert Gergiev used a baton, which though certainly short in length, was longer than the vestigial implement he tends to use and induced a much more orthodox conducting technique and a clear beat; in the Second Symphony particularly his trademark fluttering effect was confined to the left hand. This change was very much for the better.