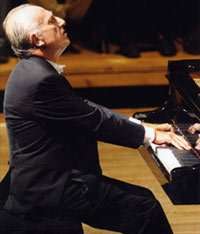 The first portion of the “Luigi Nono: Fragments of Venice” festival reached an impressive conclusion with this two-part concert. Maurizio Pollini – who, together with Claudio Abbado, has been a long-time advocate of the composer – gave the first half of the main event, which placed Nono in the context ofhis Second Viennese forebears. It is well over three decades since Pollini set new standards for the performance of Schoenberg’s piano music, and his accounts here confirmed he had lost none of his feeling for music that startles through its intuitive freedom almost a century after it was written.

If the first piece of Opus 11 lacked the last degree of poise, then its more discursive successor was superbly controlled, while the rebarbative third sustained an irresistible onward drive through to its fragmented close. The aphorisms that comprise Opus 19 were unerringly placed in terms of the notes within each piece, and in the context of the sequence as a whole: the last piece, with its distant bell-sounds and spare connective gestures, may not be the ground-breaking entity it is often thought to be, but it still leaves a spellbinding impression when given with the inward intensity evinced here.

Pollini was justified in following with Berg’s Opus 5 clarinet pieces, as their alternate capriciousness and introspection marks a natural evolution from the Schoenberg pieces (whatever the latter might have thought!). And with Alain Damiens on hand, the chemistry was assured – whether in the eloquence withwhich he and Pollini sustained the melodic curve of the second piece, or the seismic power unleashed by the climax of the final one. Music this fine could hardly seem an oddity in any composer’s output.

It was inevitable that Pollini conclude ‘his’ half of the concert with … sofferte onde serene … (1976), the piano-and-tape piece written for and, indeed, featuring him – in which it became apparent that Nono’s artistic convictions were leading in a radically different direction. Thus the sound and gesturesof the piano unfold in real-time counterpoint with its pre-recorded image in a series of echoes and anticipations implying the existence of something ‘other’: an otherness – as the means for inciting new possibilities aural, conceptual and ideological – that underlies Nono’s late work. Pollini was at one with his ‘other self’ in projecting its crystalline lyricism – though for melody per se, nothing could equal “Djamila Boupacha” – an eloquent solo voice line elaborated from the second movement of the cantata “Canti da vita e d’amore” (1962), and in which the trauma behind the music is powerfully transcended.

Hauntingly given by Barbara Hannigan, it was the ideal lead-in to “A Floresta è jovem e cheja de vida” (1966) – significant in that it represents Nono at his most uncompromisingly ideological while looking forward in its collaborative, improvisational nature to the works of his final decade. Performance of this 40-minute piece is a rare event, and this one was certainly a vindication. Against a pre-recorded tape no less intricate than those of Nono’s electronic works – soprano, clarinet, three speakers and four percussionists create a complex but cohesive sequence of events where ‘struggle’ is considered from a variety of cultural perspectives. Yet music, as the sonic context for what is being stated, is always at the forefront of the composer’s concerns – ensuring that what, in lesser hands, would have become period agit-prop is still a gripping and (albeit of the most visceral kind) affecting experience. 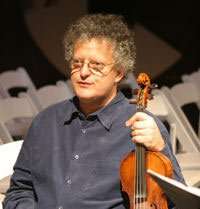 “Is this all we can do?”, intone the speakers near the work’s close. The ever-closer and more-subtle integration of performers and live electronics in the music of Nono’s last decade suggests an intense introspection seemingly at odds with these radical polemics. Yet who could sense compromise in such a late work as La lontananza nostalgica utopica futura (1988) – the performance of which made an ideal late-evening event. Written for Gidon Kremer, this ‘madrigal for several “travellers”‘, combines solo violin with eight pre-recorded variants of itself in a maze of not-quite mirror images and partial reflections. Irvine Arditti has been synonymous with it for most of its existence, and – with the aid of six spatially distributed music-stands, low-level lighting and fastidious sound diffusion, the piece left an impression alarming and heartening in equal measure. Where the music is going to is secondary to its going on: as Arditti made his way around the auditorium to centre-stage, before leaving the music to fade into nothingness, a feeling of ‘going on’ because there is no other option was amply conveyed. That Nono has enshrined the gesture in some of his most ethereal music does not lessen its acuity.

Much of the success of this performance can be attributed to the sheer quality of the sound realisation, with André Richard at the helm as he was during the decade when Nono created the worksthat – in many respects – represent the furthest point that music as an abstract expressive force has reached. Good that he and the Freiburg personnel will be returning next May for the UK premiere of “Prometeo” – so completing the process set in motion by the present series in the only way possible.