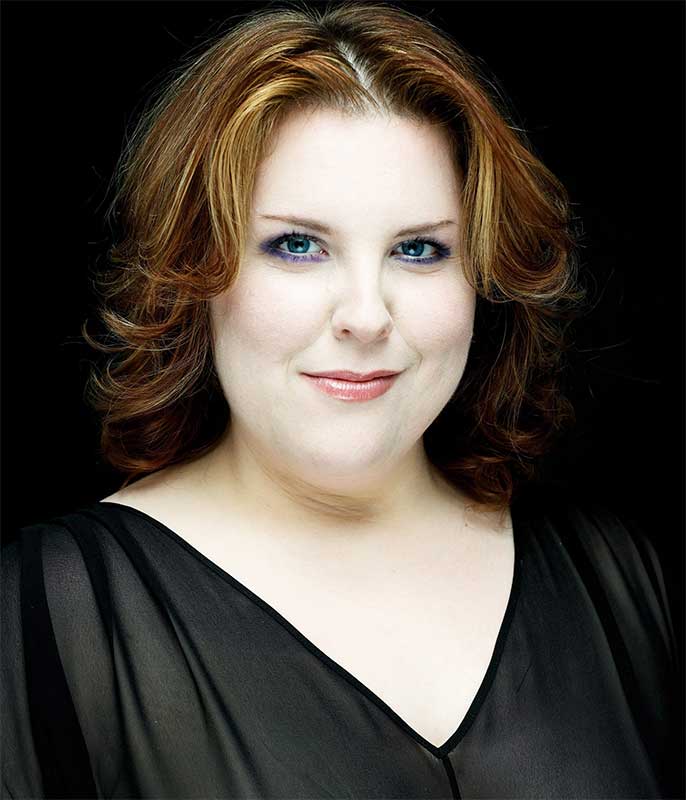 Over the past fifteen years in concert and in opera, the Canadian contralto Marie-Nicole Lemieux has notched up some brilliant Handel and Vivaldi roles, is a marvellous and very funny Mistress Quickly, and I clearly recall how she broadened and transformed the role of Genéviève in a concert performance of Debussy’s Pelléas et Mélisande.

Her contralto is about as far removed from the reassuring and matronly English idiom as it’s possible to be. First of all, her voice is wonderfully agile, with satisfying amplitude sustaining her soft singing. And she deployed some powerful fortissimos to telling effect, and the dip into her low register leads you into another area of subtlety and colour, their evenness and clarity defining the character of her voice as a whole.

In ‘Mandoline’, the first of the Fauré’s Cinq mélodies, she quickly asserted its flirtatious delicacy, and while she may have overplayed the exuberance of Lekeu’s ‘Ronde’, she elevated ‘Nocturne’ with skillfully veiled tone. She made a virtue of the restricted range of Hahn’s ‘Offrande’, using it to heighten the song’s tremulous expectation.

In the second half, she characterised each composer more distinctly, draping the fragile pastiche of Koechlin’s ‘Minuet’ with restrained tenderness and finding an eloquent monotony for ‘L’hiver’. Debussy’s ‘Colloque sentimentale’ became a masterpiece of lovers’ regret and bitterness, their bleak exchanges all the more potent in their reticence, and she was in complete control of the visionary splendours of the Duparc set. The projection of everything she sang was given additional intelligence by her easy diction – French is her natural language – and she has the knack of inflecting every nuance with emotion.

Lemieux is a complete artist, with an enviable ability to animate a song and the audience through her warm, communicative stage presence. For someone who can be so fiery on the opera stage, here stillness was her default mode, with just the occasional hand gesture raising the temperature. With Roger Vignoles as her pianist, it was hardly surprising that their combined art concealed the art of this reclusive repertoire. Vignoles gave a masterclass in how an accompaniment can cling to the voice without tying it down. Their encores, Hahn’s ‘A Chloris’ and Berlioz’s ‘Villanelle’ from Les Nuits d’été, clinched a distinguished recital.