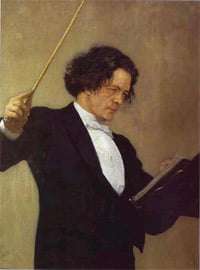 Anton Rubinstein’s opera “The Demon” barely has a hold on the periphery of the opera house repertoire, although on this showing it has more to recommend it than some other works regarded more highly as repertory staples. There have been recent productions, notably those by the Wexford festival in the early 1990s and later by the Mariinsky/Kirov company – a production that was mounted at the Chatêlet Theatre in Paris. Rubinstein’s music is attractively melodic and at moments it proves itself an obvious antecedent to Tchaikovsky’s “Eugene Onegin” and “The Queen of Spades”. There are strong influences of romantic French opera; Gounod and Berlioz’s Faust settings spring to mind. There are even moments that sound as if Wagner’s earlier music was not unknown to Rubinstein. Yet, for all this, it is an unmistakably Russian opera and probably requires a Russian cast to really do it justice.

The success of any performance is heavily dependent on the singer playing the title role. The demon is very much a Byronic anti-hero and spends much of the opera either in confrontational dialogue with an Angel, or manipulating the action, and then conveying his psychological and emotional motivation in a series of monologues. He is only intermittently visible to Tamara, the princess whom he is amorously pursuing, and it is only in the final act that they get to really interact – in an extended duet lasting some 25 minutes. The role is a big sing and needs an artist with a vibrant, attractive bass/bass-baritone with plenty of stamina and stage presence. Dramatically he must remain the focus of the plot. Yevgeny Nikitin is one such performer! His voice is incisive and full of colour; his performance was dramatically intense, thrillingly and generously sung. 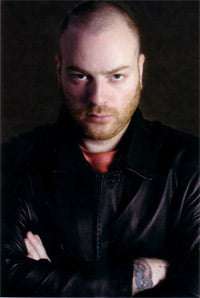 His scena in the middle act was one of the highlights of this performance; his command of the stage even allowed him to silence some inappropriately intrusive applause in a trice. A recording of “The Demon” with him would be wonderful.

The role of Tamara is a tricky one, starting as it does with a vocal line that requires an agile technique and forays well above the stave. Very quickly it turns into a more substantial and dramatic role that requires more forceful delivery. For all her apparent readiness to enter a convent after the death of her fiancée Prince Sinodal, a fate brought about by the demon, Tamara puts up a great deal of resistance to her pursuer, and she has to contend with neither her friends or father seeing him. At the outset Irma Gigolaty did not seem entirely comfortable with the vocal fireworks required, producing singing that was occasionally a bit blowsy. However, from the betrothal ball scene onwards she gained in confidence, and she did a nice line in acting out the character’s uncertainty when the demon appears to her, and later to resist his advances. She and Nikitin managed to sustain interest in their long duet – really showing that this is a big-scale prototype of the Tatiana/Onegin encounter in the Tchaikovsky.

Gennady Bezzubenkov, a long-standing member of the Mariinsky company was the model of concerned paternal authority as Tamara’s father, his voice still remarkably full and resonant. Prince Sinodal is a tenor role; the singer only really has one scene to make an impression. Yevgeny Akimov was more heroic than ardent, but the writing perhaps demands slightly more fluidity of tone than he mustered. No such problem with the Angel of Kristina Kapustinskaya – her big and beautiful tone and sense of line was such an asset. Grigory Karasev and Elena Vitman made much of their contributions.

Valery Gergiev led an energetic orchestral performance, one that relished the romanticism and dynamic of the string writing in particular. Ever supportive of his singers he also ensured that the elemental best of Rubinstein’s attractive scoring registered. The battle scenes and call to arms were appropriately dramatic and the apotheosis of the work where Tamara’s lifeless body is carried to heaven by angels was lush without becoming too saccharine. The chorus was once again on excellent form.

The performance and cast were enthusiastically received. Hopefully the winner was the work itself. “The Demon” merits wider recognition in the canon of Russian opera, bridging as it does the works of composers such as Mussorgsky and Rimsky-Korsakov with those of Tchaikovsky whilst revealing some of the other musical influences of its period.