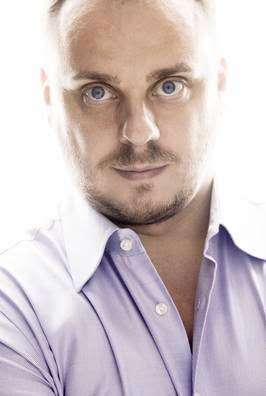 Lincoln Center’s White Light Festival came to a close with a hot-ticket event, South African artist William Kentridge’s expansion of Schubert’s Winterreise, given by Matthias Goerne and Markus Hinterhäuser, with images, collages and animated films created over a 25-year period, now augmented by new material. Kentridge is best known to New York audiences for his production of Shostakovich’s The Nose at the Metropolitan Opera.

This was not a dramatization of the song-cycle, such as was done for television by Ian Bostridge and Julius Drake, and which employed costumes, props and other actors. Goerne and Hinterhäuser were without such aids and did not attempt to portray the protagonist other than through the expressiveness of the music. And expressive they were, Goerne’s voice never sounding better than as he took the spurned young lover from the doorpost of his beloved’s house across a barren winter landscape, Hinterhäuser giving a sensitive account of the piano parts.

All that was different from a conventional rendition lay in what was behind the musicians, who performed on a raised platform with objects, perhaps representing leaves, strewn about. A black proscenium framed the illuminated central portion of the rear wall, to which papers with drawings and texts were loosely attached and fluttered in the breeze, and against which was a triangular mound of crumpled papers. When, in the darkened theater, images were projected, the papers became invisible or inconsequential. 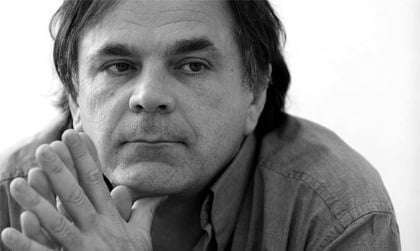 Although each song had its individual film – opening with the title, its number within the cycle, and usually a related saying or caption – many of the images and segments were used in more than one movie. The pictures are not intended to illustrate the songs, and although some had obviously related descriptions, for others the association is best known to Kentridge: a man walking, leaves sprouting, water pouring out of a showerhead or going down a drain, and a desert landscape. These at best have a metaphorical connection to Schubert’s settings of poet Wilhelm Müller’s stark and icy landscape.

Goerne and Hinterhäuser gave as fine an account of Winterreise as any I have heard. But there were many who expressed the view that however fascinating and attractive Kentridge’s films may be, they only distracted from the magnificent music-making. I am of two minds. Although I found some of the films beautiful and interesting, there was a bit too much repetition. It seemed odd that as the journey progressed, many of the images seemed to regress. An even more fundamental question is why I would want to have my mind (either of them) searching for possible connections rather than focusing on the singer and the pianist.

Yet there were some aspects that enhanced the performance. The darkened hall, in which no-one was able to read the texts, may have helped the audience – and I suspect the artists – to stay focused on the music. The program booklet also offered a brief synopsis that could be read ahead of time. Kentridge says that his attraction to Winterreise dates to his childhood experience of listening to recordings with his father without knowing the words, which he now regards as “necessary but inessential.”

Although the stage set was virtually invisible, and Goerne had his back to the projections most of the time, he seemed to be more at ease in this milieu than in a bare recital room, using body movement to aid the expressing of the songs’ content: during the postlude to ‘Der Lindenbaum’, Goerne stared at the projected image of a tree, fully involved with the protagonist’s regret at leaving it behind. Goerne kept his back to the audience to open the next song, ‘Wasserflut’ (Flood), turning only after a huge image of an eye had winked, the sung words (as translated) being “Many a tear has fallen from my eyes into the snow”. There were also instances of Kentridge’s content intensifying the mood, images of hanged corpses in ‘Das Wirtshaus’ – the inn which has no room for the traveler, forcing him to go onward.

This then was a fantastic Winterreise from Goerne and Hinterhäuser, but in the final analysis, in order to replicate the musical experience, I would opt for a conventional Lieder recital.