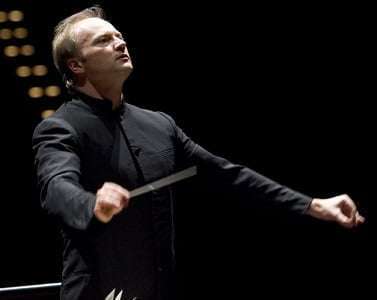 When Leonard Bernstein’s baton began to move that first night in 1962 at Lincoln Center’s Philharmonic Hall, the secret was out. Something was dreadfully wrong with the acoustics at the new auditorium. Not having the ability to change the water level under the floor, as at the Gewandhaus in Leipzig, the management had to bite the bullet and ask for additional funds. In the early-1970s, philanthropist and board member Avery Fisher pledged to set things right, but by then a myth had taken hold in New York: the venue that would forever after assume his name had bad sonic communication and orchestras were hesitant to perform there. Even after some tinkering during the Kurt Masur administration, conventional wisdom continued to maintain that the acoustics were just not acceptable. Now while it is true that Carnegie Hall has a warmer sound, a willing accomplice in the husbanding of the listener’s suspension of disbelief, in actuality the orchestral venue on Lincoln Center plaza is just fine (admittedly there are dead spots, which the New York Philharmonic has plans to fix once its financial profile is more optimistic). At Avery Fisher Hall the problem is that the acoustics are unforgiving: no softening of harshness is engineered, no flubs are subsumed, no wrong notes blend in through the necromancy of the acoustician’s art. An ensemble performs there at its own risk, producing, to paraphrase William S. Burroughs, what is naked on the end of your tuning fork.

Even the topography of the place was challenged a few seasons ago when, creditably, the powers that were at the Mostly Mozart Festival bravely ordered the stage to be relocated and the performers moved towards the middle of the auditorium. Rows and rows of seats were removed, but to compensate for an expected large crowd, bleacher-style places were reserved at back of the players. Those patrons who were assigned to the rear of the front were introduced to the sonic world of the percussionist with its reverse parabolic effect and the opportunity to visually study the conductor’s movements in detail. This particular evening it was Gianandrea Noseda, who began with The Consecration of the House. 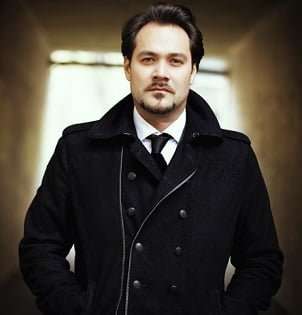 This piece is a compendium of effects, trumpet calls, ‘Mannheim rollers’, and passages taken verbatim from Fidelio. Perhaps not the most original of efforts, but at least Beethoven stole only from himself. The concert began badly, the initial note pronounced at varying times by the troops, indicating the lack of rehearsal problem inherent in a Festival that changes conductors twice per week. Having just heard this ensemble expertly perform Beethoven’s 8 whilst facing Osmo Vänskä, we loyal listeners were a bit startled while hardly even settled in our seats. As the Overture rolled along, there was a sense that this was rather flabby playing, not at all the crisp style called for by the score.

No composition written before the middle of the last century so challenges the limits of an auditorium’s acoustics as the final-completed Symphony of Beethoven. Like Messiaen’s Des canyons aux étoiles (From the Canyons to the Stars), composed specifically for the opening of Lincoln Center’s Alice Tully Hall, Beethoven’s ‘Choral’ Symphony, this seminal work – whose parameters inspired the creation in Japan of the compact disc – pushes several envelopes, including an ecstatic and extremely dissonant choral finale and the inclusion of exotic percussion in its Janissary section. Dissecting this early-19th-century piece exposes many of the traits of our own contemporary trends in music. A work so justly familiar needs little explication, so a simple scorecard approach will tell the tale of this somewhat erratic performance.

Certainly there were many aspects of this reading that were praiseworthy. Acoustically, there was a revelatory triumph in the opening Allegro ma non troppo, as the normally hidden countermelodies extolled by the second violins – in an antiphonal seating arrangement – were brought to the fore and played exquisitely. The overall sound of the smallish group – there were, for example, three double basses – was often opulent, although seldom crisp. The Concert Chorale provided unfailing support, although took up those precious back-of-the-orchestra seats. The quartet of vocal soloists was satisfactory, with Russell Thomas the best projector (he seemed capable of stentorian vocalization regardless of any acoustical challenges) and Ildar Abdrazakov, in town to prepare for his opening night at the Metropolitan Opera just next door as Figaro, was in fine voice as well.

However, there were at least as many negatives as positives. That disjointed sense that haunted their very first utterance kept its ugly head reared throughout many passages. The first horn had a simply awful night and one of the bassoons was more than once still intoning his part while the orchestra had moved on to a pause. Noseda is a histrionic conductor, his exaggerated movements better appreciated in the opera pit where they are a little less distracting. As for Anna Maria Chiuri, remember to never trust a reviewer who tells you that a particular singer is wonderful or terrible in this acoustically anomalous part: Beethoven discovered that he could compose a role that is sonically totally subsumed between the colossi on either side. It certainly appeared to the eye that Chiuri was totally engaged, but the ear, sadly, could not corroborate this evidence.

The Ninth was premiered at the Theater am Kärntnertor in Vienna (on the grounds of what is now the Hotel Sacher) on 7 May 1824. No one really knows what the acoustics there had as an effect, but here in New York this night they certainly revealed to us all the unvarnished truth of what was occurring on the stage.