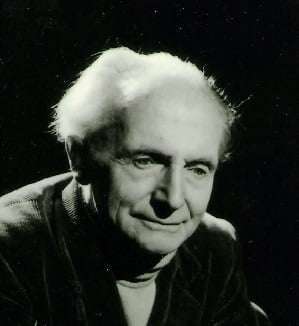 The Finborough Theatre in downtown Earl’s Court, on the edge of West Brompton, is one of London’s most enterprising fringe theatres. From when it first opened in 1980 it has staged work by contemporary playwrights. Since 1999, under Artistic Director Neil McPherson, it has also cornered the market in presenting long-forgotten British music-theatre pieces, such as Lionel Monckton’s Our Miss Gibbs, Leslie Stuart’s Florodora, Harold Fraser-Simson’s The Maid of the Mountains, Edward German’s Merrie England, Gilbert & Sullivan’s The Grand Duke, Oscar Asche’s Chu Chin Chow, Ethel Smyth’s opera The Boatswain’s Mate, Sandy Wilson’s The Buccaneer, Leslie Bricusse & Anthony Newley’s The Roar of the Greasepaint – The Smell of the Crowd, and Ivor Novello’s final (incomplete) show Valley of Song.

The latest in this series of “Celebrating British Music Theatre” is Rutland Boughton’s The Immortal Hour, now a very rare “music-drama” whereas a century ago it was a huge success. It was premiered in August 1914 at the first-ever Glastonbury Festival (co-founded by Boughton) – not to be confused with Michael Eavis’s today – and, following its success there, went to Birmingham and then subsequently to London where, in 1922, it ran for over 200 performances, another 160 the following year and then repeated this success on its revival in 1932. Nowadays it is chiefly remembered for one song ‘How beautiful they are’. 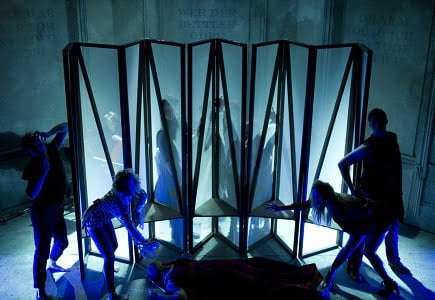 In his day Rutland Boughton (1878-1960) was a prolific composer, including three Symphonies and the once-popular choral work Bethlehem (recorded by Hyperion). Hailing from modest stock, the son of a grocer in Aylesbury, Boughton showed an early talent for music but his formal training came only when he joined a London concert agency. Recommended by Charles Villiers Stanford, who was later to become his tutor, Boughton gained a place at the Royal College of Music where he stayed for just a year until his money ran out and he sought a job playing in the orchestra at London’s Haymarket Theatre. By 1905, however, he was invited to teach at the Birmingham School of Music where he proved renowned in that role and was also hailed as a brilliant choral conductor. Largely self-educated Boughton was drawn to the Socialist ideals of John Ruskin, William Morris and George Bernard Shaw, the last becoming a lifelong friend who returned his admiration by dubbing Boughton the new Elgar with “the only original personal English style on the market.”

Among his output Boughton wrote ten “music-dramas” including several on the story of King Arthur. His projected fourteen-day cycle of stage-shows on the life of Christ was never realised. It is odd, therefore, that he should be remembered now for that single melody from The Immortal Hour, last seen in London at Sadler’s Wells in 1953. It is an adaptation by Boughton of the play about Celtic mythology by Fiona McLeod, pseudonym of William Sharp. In 1912 a national appeal raised funds for the production which was supported by Granville Bantock, Thomas Beecham, John Galsworthy, Eugene Goossens, Gustav Holst, Ethel Smyth and GBS. Scheduled to open in August 1914, it was postponed when World War I broke out and was given at Glastonbury. In this and his other works Boughton was inspired by Wagner and the festival at Bayreuth and wanted to create something similar at Glastonbury, allegedly the site where King Arthur was buried. The production marked the debut of actress Gwen Ffrangcon-Davies in the role of Etain. 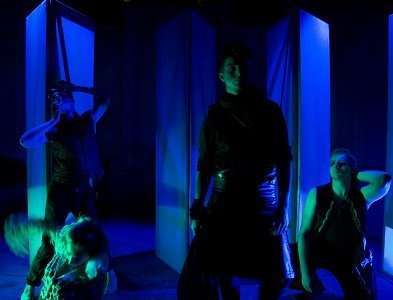 If The Immortal Hour lacks the grandeur of Wagner, it certainly has an English sensibility that sits well besides Elgar, Vaughan Williams, Arthur Sullivan, Ethel Smyth, Walton, Britten, Arthur Bliss, Malcolm Arnold, Richard Rodney Bennett and Elisabeth Lutyens. The plot could be pure Wagner or even Gilbert & Sullivan and it has similarities with The Magic Flute, Rusalka, and Orpheus and Eurydice. Eochaidh, King of Eire dreams of the immortal Faery Folk and is drawn to them in a strange and eerie wood but without realising he has summoned Dalua, the Lord of Shadows who uses his powers to confuse the King. The spirits of the wood mock Dalua as an outcast feared by the gods who claims to be even more powerful than them. When the faery princess Etain arrives, the touch of Dalua’s shadow makes her forget her past. Dalua realises she is there to meet Eochaidh. When the faeries disguised as commoners introduce Etain to the King, Eochaidh also forgets everything that has happened. Having won Etain in Act One, the King then loses her in Act Two and is left bereft and alone.

It takes some getting used to the plot but, in terms of operatic librettos, this is par for the course. However, Boughton’s music is attractive (Holst commended Boughton on his ability to write tunes). The piece has been shortened for the Finborough and it lacks a chorus but there is enough to see what Boughton was trying to do. His choral writing is strong and his use of leitmotifs emulates Wagner. Much of the time is spent declaiming the music for there is very little action, but rather a recitation of what is happening.

The production, squeezed onto the small stage has an element of mystery about it – the atmosphere is dark and brooding and with black-clothed figures looking like punks or vampires, dressed by an unnamed costumer, there is an air of suffocating otherworldliness. Benji Sperring has cast some excellent voices including Stiofán O’Doherty as a very evil-looking Dalua but with a beautifully modulated bass voice. Jeff Smyth is a fine and regal Eochaidh, while Michelle Cornelius gives an ethereal quality to the role of Etain. Good support comes from Matthew Crowe as Manus, and Thomas Sutcliffe as Midir, Etain’s eternal lover, while Kate Marlais, Lee van Geelen, Lydia Jenkins and Matthew Crowe appear as various Immortals. For the reduced scoring (The Immortal Hour is written for orchestra), Inga Davis-Rutter and her three musicians capture the spirit of Boughton’s writing with deft ingenuity.

It is good and typically brave of the Finborough to tackle The Immortal Hour (also available on Hyperion, as originally composed). We may not see another production of it for many years…