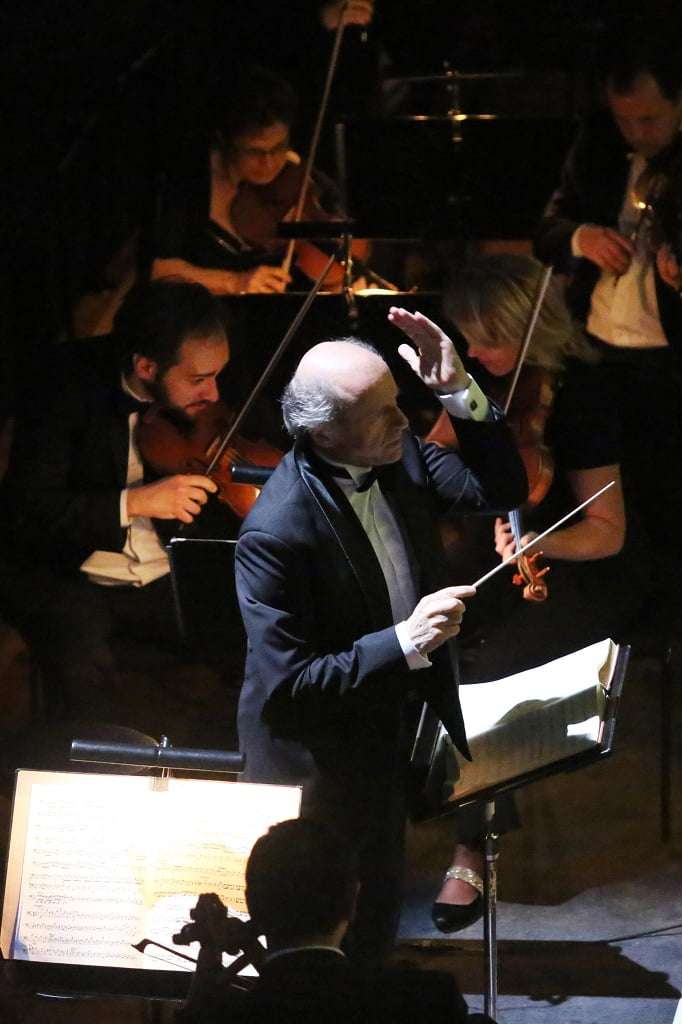 Iván Fischer describes this production of The Magic Flute (which he both conducts and directs, and is taking on tour) as a “staged concert”, to emphasise the ways in which Mozart’s music constitutes the theatre of the work as much as the action. This necessitated some shuffling about as the members of the Budapest Festival Orchestra scurried back and forth to perform certain numbers in Act Two not from the pit in front of the main stage but up on the latter. For that they performed behind the screen used for the visual projections (except for the concluding chorus when they were revealed at the back of the stage) effectively dramatising the mysterious depths of Sarastro’s temple before the final triumph of Enlightenment.

Given Fischer’s engagement with the action of the opera, it was surprising that his conducting of the score failed to spring into life more than it did. He brought out beautifully the inner details of some of the more introverted or tender pieces, such as in the trios for the boys, and the Quintet in Act One. But at other times Mozart’s quicksilver dramatic pacing was rather effaced, as in Monostatos’s appearances in Act One, through a lack of contrast; or contrariwise, the solemnity of Sarastro’s arias in Act Two and the Priests’ chorus ‘O Isis und Osiris’ was rather undermined through a casual, lacklustre approach to tempo and general atmosphere, notwithstanding the finely blended texture of the woodwinds.

This gave rise to varying results from the vocal soloists. Bernard Richter and Hanna-Elisabeth Müller as the central hero and heroine were, at the least, serviceable – even lyrically inspired in the case of Richter’s ‘Dies Bildnis ist bezaubernd schön’ – but without offering any special insights into their respective roles, and probably Pamina’s ‘Ach ich fühl’s’ suffered in the first instance from a somewhat foursquare approach by Fischer. Mandy Fredrich’s Queen of the Night lacked fearsome presence in her Act One aria, but she kindled more fury and fire for the celebrated ‘Der Hölle rache’, with the coloratura lines accurately placed if a touch weak. Hanno Müller-Brachmann was a charismatic Papageno, given weight by the well-roundedness of his tone (though slightly dry and reedy in the upper register). Such gravitas would have benefited Krisztián Cser’s account of Sarastro, technically proficient though he was. The other singers were fine, including the three unidentified members of the Hungarian Opera’s children’s choir who sang the three Boys. 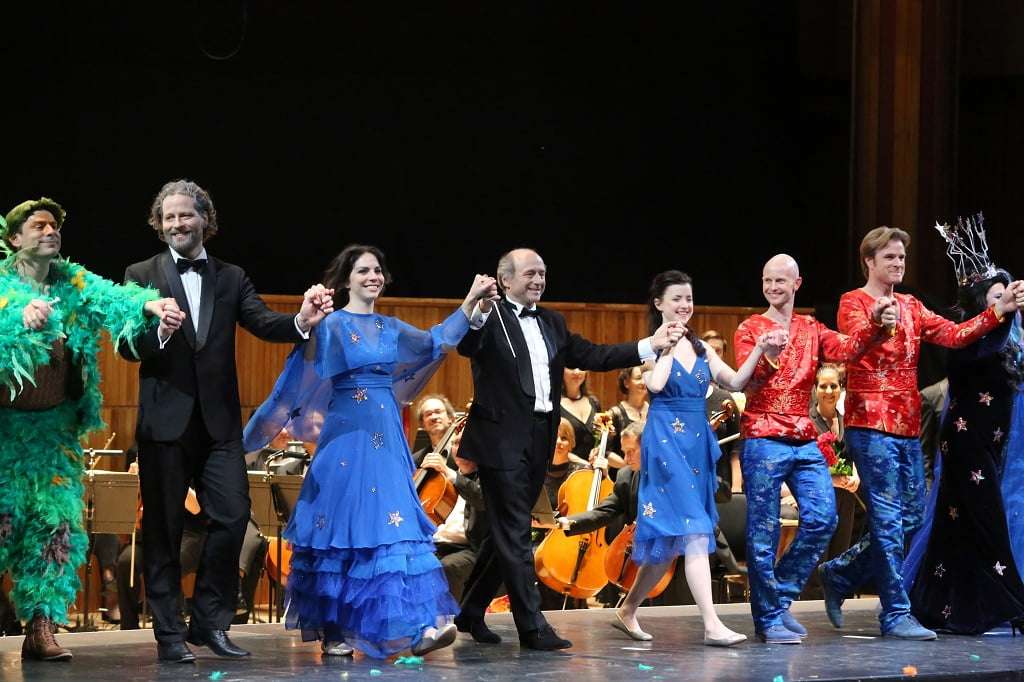 More consistent was the realisation of Fischer’s vision of the work as essentially a fairy tale, appealing to the childlike in us. In place of stage sets was the visual backdrop of Margit Balla’s delightful designs projected onto a screen and presented as though the illustrations of a book with the surtitles placed as the text of the story. They facilitated the opera’s exploration of such perennial themes as good and evil, nature, virtue, equality, justice, and love in an innocent, but cogent manner, as the drama enacts the development of mankind towards maturity and Enlightenment.

Having the pared-down dialogue spoken in English (by actors, rather than the singers) was a useful concession in making the performance accessible, and the production generally avoided any confusion in doubling up the characters by using the same costumes for their alter egos. This was a charming realisation of the opera, then, which imaginatively overcome the limitations of a concert hall for its presentation, and it is something of an irony that really only the musical element fell a little short of the high standards attained by this worthwhile project.