Strauss
Die schweigsame Frau, Op.80 – Opera in three Acts with a libretto by Stefan Zweig after Ben Jonson’s Epicoene, or The Silent Woman [sung in German with German surtitles] 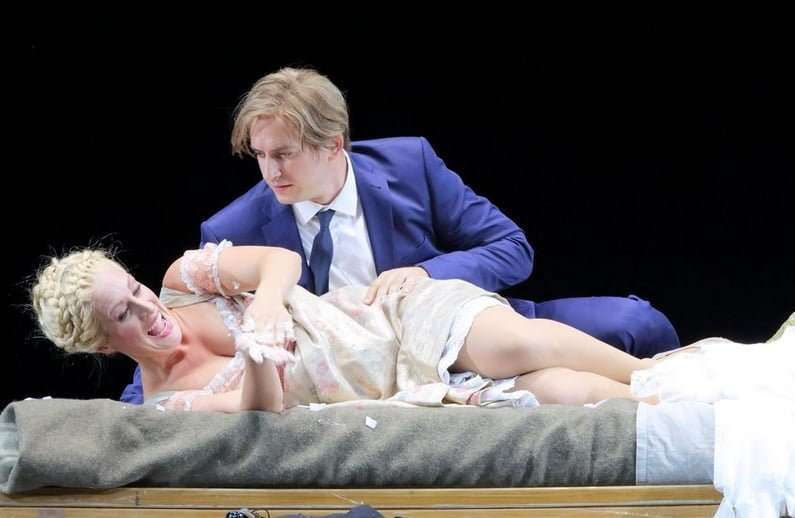 With the Munich Opera Festival 2015 in full swing, this was a welcome revival of one of Richard Strauss’s lesser-known works from the 1930s, Die schweigsame Frau (The Silent Woman), based on a Ben Jonson play. It is hard to understand why this opera does not enjoy greater exposure even if it is long, due in part to the wordy libretto (by Stefan Zweig, the first new collaborator Strauss worked with after the death of Hugo von Hofmannsthal) and the composer’s own lack of propensity to brevity. Not that it matters too much as Die schweigsame Frau is quite charming, the tale of an old man desperate for some peace-and-quiet being duped by his young nephew and his associates into ‘marrying’ a woman who then proceeds to run rings around him until the he sees the error of his ways and all ends happily with the nephew reinstated as his heir. It reminds of Don Pasquale in terms of the the wife turning shrew and Falstaff in its good-natured ending. 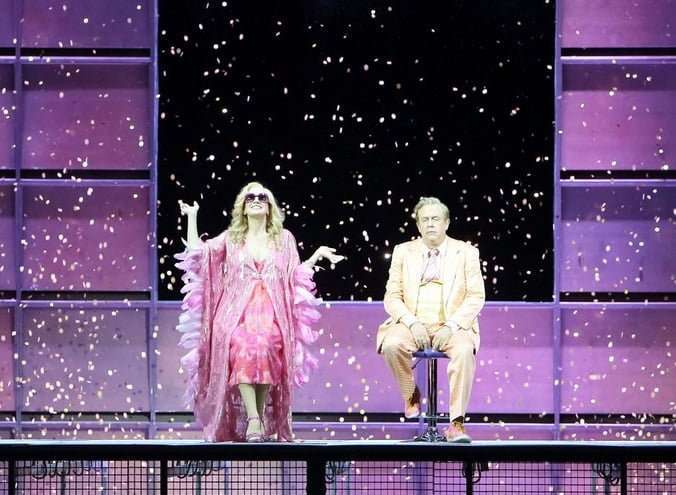 At the heart of this production was Franz Hawlata’s Sir Morosus enjoying himself enormously. He might ultimately lack the very lowest notes, but anything is permissible to a singer who delivers his two arias with such melting lyricism, the second of which is a moving contemplation of old age. It is a detailed portrayal of great experience, and reveals him to be a fine comedian, too. Like all his fellow singers, Hawlata was at times overwhelmed by the rumbustious conducting of an expansive Pedro Halffter, who nonetheless elicited authentic Straussian sonorities from the Bayerisches Staatsorchester in top form: strings silky-smooth, brass mellow, woodwinds piquant.

It took time for Brenda Rae’s Aminta to get into gear – in terms of characterisation she was more comfortable with the false sweetness of her alter-ego Timida than the histrionics of the first Act. The part calls for the silver purity of Sophie (Der Rosenkavalier) or Danae (Die Liebe der Danae), which Rae undoubtedly possesses in abundance, as she does sufficient ardour for her duets with Henry, sung with fervour and plangency by Peter Sonn. Act Three saw both him and Rae come into their own as the now-shrewish Timida makes poor old Morosus’s life a misery with loud singing, which includes Zerbinetta-like coloratura, and even the purchase of a parrot. 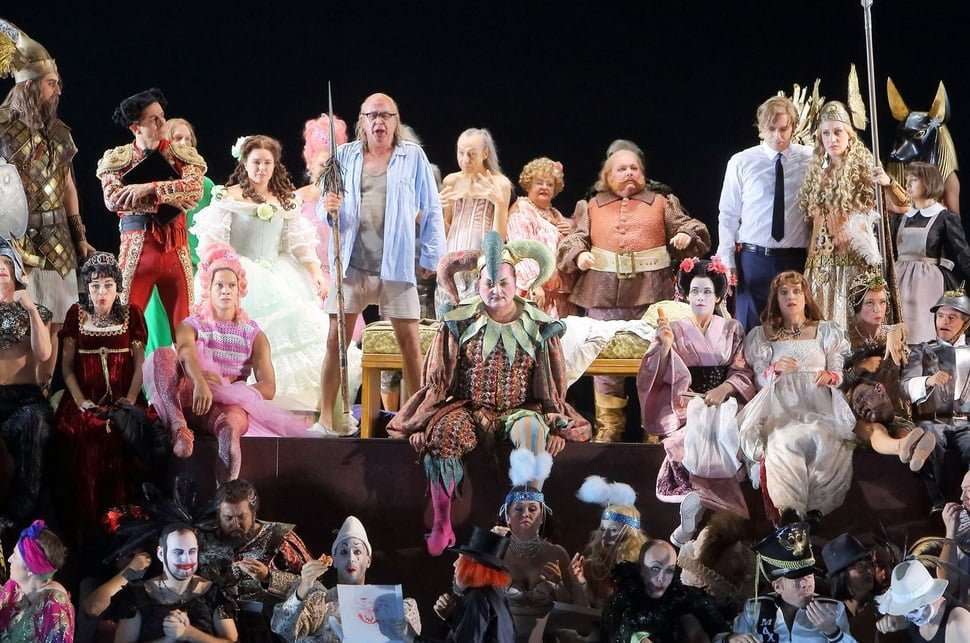 The production itself feels like an excuse to fill the big stage with dozens of extras which at times overwhelm what is an intimate opera. The story-line makes Henry the member of an opera troupe that has allowed director and designer to populate the stage with every opera-character you can think of, the unintended irony being that opera-goers in the Bavarian capital will not have seen their favourite characters dressed so ‘authentically’ in more than several decades – Munich is in the death-grip of Regietheater so you are more likely to see your favourite opera set in an Albanian abattoir or an Inuit.

Thus there is a massive Wotan looking like a character out of Asterix and the Goths, the Tosca is Callas in that dress, Lucia has a night-dress and bloodied hands and Salome looks like Theda Bara – all good fun in what is an amusing and entertaining evening which makes one wonder quite why Die schweigsame Frau has never found particular favour outside Germany. Certainly there are vocal challenges in some of the roles but it could well be a useful repertoire addition.