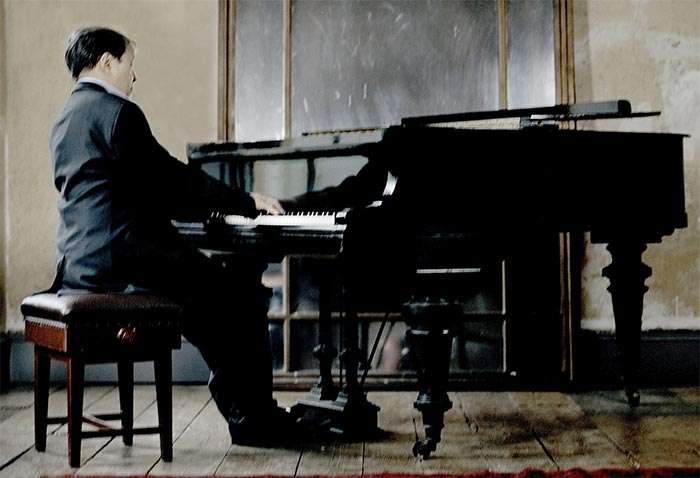 Murray Perahia always offers interesting programmes and here we had two Classical Viennese masters, the epitome of German romanticism and the greatest of them all, the man who encompassed both styles.

At the start of the sublime Haydn Variations (in which the only tempo marking is Andante) on two themes, one in F-minor the other in F-major, in amongst a short-lived shoal of wrong notes, there was limpid touch, with occasional jabs on the loudness pedal and a suitably measured tempo. In the Variations themselves, one noted the perfectly judged pauses, a wider dynamic range than might be considered authentic, some runs that were decidedly Chopinesque, the series of trills were delivered with delightful changes of weight and Perahia launched into the F-minor culmination in grand style, the tempo fluid, the volumes even more varied You probably won’t hear a finer version of this masterwork.

Mozart’s rare excursion into a minor key for an instrumental piece brought out the best in Perahia. The first subject had restrained rubato, in the second the left-hand was almost fluffy, but Perahia was far more martial in the development and coda and throughout there was a keen sense of conversation between the hands, He adopted a flowing tempo for the slow movement’s rather trite opening theme, with modest decoration, and brought real pathos to the rather more effective central section; while the Finale flowed by at a moderate tempo with plenty of soft-touch legato.

Perahia’s approach to late Brahms was marvellously old-world. The opening B-minor ‘Intermezzo’ was very slow, there was virtually no pedal-use, a range of piano dynamics, a fluid approach to tempo and a true sense of Innigkeit. In the next ‘Intermezzo’, the second section was gorgeously phrased and brought to mind a Victorian drawing-room soirée and then the C-major ‘Intermezzo’ was quietly relaxed, imbued with melancholy. There was nothing refined about the concluding ‘Rhapsody’, the right-hand runs unusually defined, dynamics and temp varied.

After the interval we had the massive ‘Hammerklavier’ Sonata. Perahia chose a fast tempo for the opening, but slowed slightly in the second half of the theme as he did for the entire next subject (Perahia was fortunate to be brought-up in an age that saw no problem with such expressive largesse) and executed a telling ritardando prior to the return of the opening motif. The exposition repeat was taken and the lead-up to it was unusually jaunty. In the development one observed Perahia’s lightness of touch and vibrant shading in the fugato and the violence of the climax and coda. The brief Scherzo included a very muscular account of the Trio.

Edwin Fischer said of the sublime Adagio that it is “perhaps the most beautiful contribution ever made to the literature of our instrument” and it must be given time to breathe and the volume level must be kept to piano and below (Solomon’s classic 1952 recording is the yardstick here). Unfortunately Perahia was far too fast and too loud, a pity because he gave an account of the stupendous fugue in the Finale that combined power and aggression with a Bach-like feeling for line and shaping in the more restrained passages, all of which led to a totally uncompromising account of the coda.

Despite the standing ovation, quite rightly there were no encores; you can’t follow the ‘Hammerklavier’.