Music from Sunset Boulevard, Laura, Gilda, Dark Passage, Twin Peaks: Fire Walk With Me, In a Lonely Place, The Lost Weekend, Walk on the Wild Side, Rebel Without a Cause, Touchez pas au grisbi, Taxi Driver, Double Indemnity, and Inherent Vice 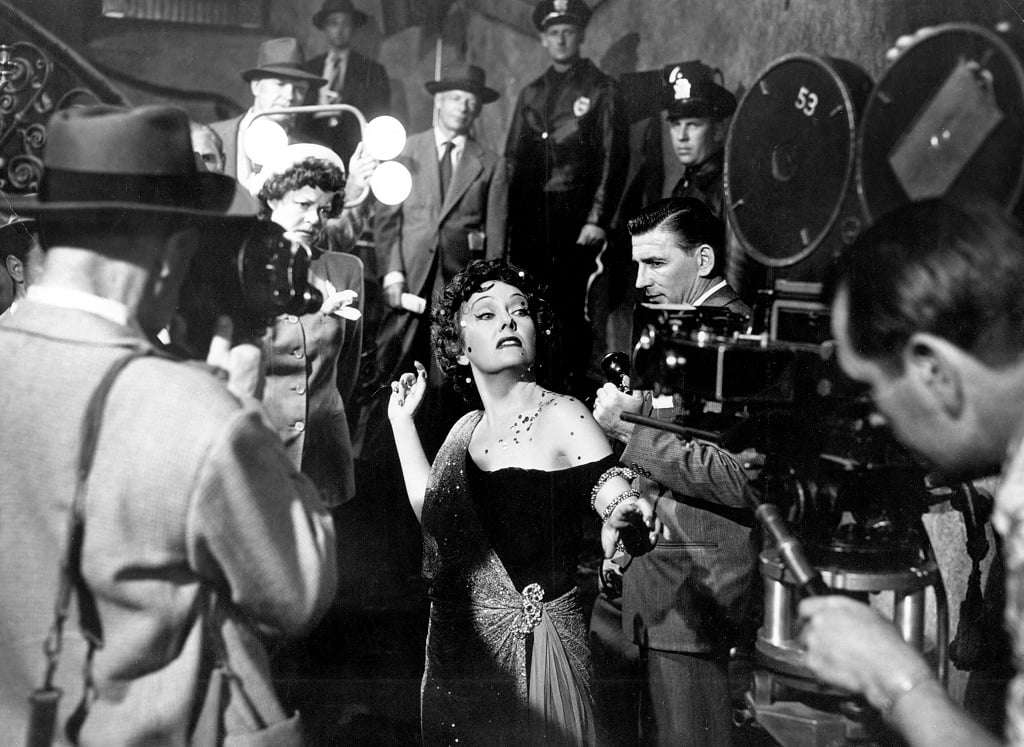 Film noir is as much a style as a genre. The music for such movies catches their amoral characters and brooding scenes bathed in low-key lighting. The complex chords support lyrical melodies both romantic and ominous. Some of the finest examples were presented by the BBC Concert Orchestra in a wide-ranging concert of classic scores conducted by Robert Ziegler and introduced by Mark Kermode, a notable double act mixing insight and entertainment, Kermode even played a jaunty harmonica in Jean Wiener’s music for Jean Gabin’s Touchez pas au grisbi.

Franz Waxman’s Sunset Boulevard started the evening. There is a strong case for claiming this as the greatest noir score of all. It captures perfectly the decay and decadence of Hollywood. The contrasting themes of the young, cocksure Joe Gillis (William Holden) and the ageing silent-film star Norma Desmond (Gloria Swanson) are beautifully balanced. Waxman’s use of a subdued tango for Desmond is a masterstroke as it characterises her as steamy and sultry but notably out of date. It was played with relish. 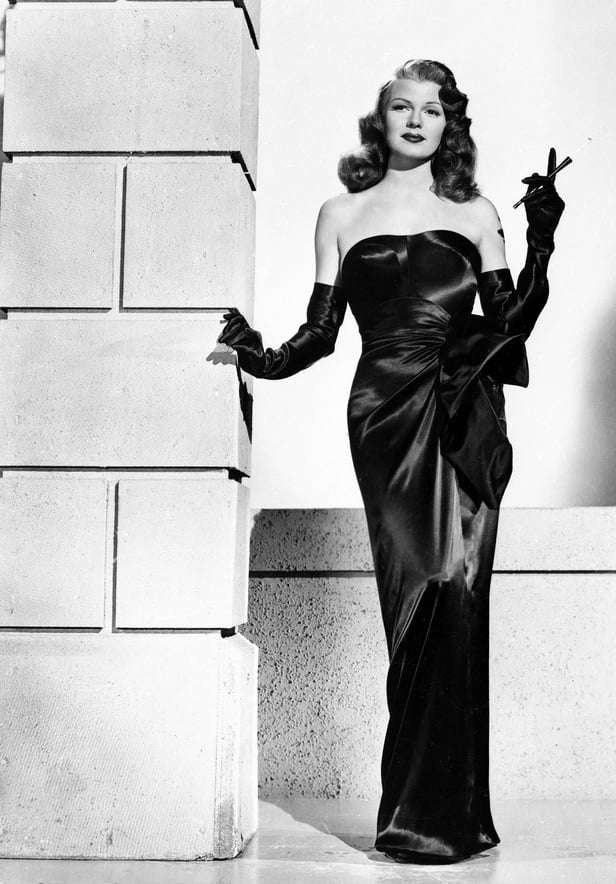 David Raksin’s music for Laura fulfils a significant role in the film’s narrative as it mirrors the obsessive fascination of the detective (Dana Andrews) with the missing Laura Hunt (Gene Tierney). The score is crucial in creating a sense of ambiguity around Laura, and Ziegler and the BBCCO phrased her theme with tenderness and a sense of proportion.

Variety was provided by Hannah Waddingham in two songs by Doris Fisher & Allan Roberts from Gilda with Rita Hayworth as the eponymous femme fatale. Waddingham delivered a smoky ‘Put the Blame on Mame’ and then the more up-tempo ‘Amado mio’, with scorching Latin brass accompaniment. She interspersed this with ‘Too Marvelous for Words’ by Johnny Mercer & Richard Whiting from Dark Passage (Bogart/Bacall). Waddingham was in top form, a great nightclub singer with warmth throughout her vocal range.

From Angelo Badalamenti’s eerie score for David Lynch’s underrated Twin Peaks: Fire Walk With Me is like most of his work a blend of jazz, 1950s’ pop and classic noir sounds. Martin Shaw’s hypnotic and finely graded trumpet solos over melancholy keyboards and strings provided the best playing of the night.

George Antheil is known for Ballet mécanique although he composed over thirty film scores. His musical language underwent a change into a more Romantic style for In a Lonely Place, with Humphrey Bogart and Gloria Grahame. Ziegler emphasised the accents for the main title, with brass dominant over rising strings. 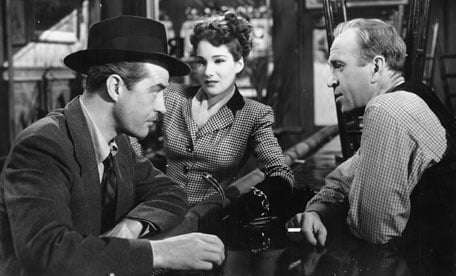 Miklós Rózsa’s score for Billy Wilder’s The Lost Weekend provides strong support in a film with limited dialogue. Famously, a theremin is used to express the craving and despair of the alcoholic central character Birnum (Ray Milland). In the Suite arranged by Christopher Palmer it came over as a big and forceful piece. The desolate ‘Prelude’ as Birnum is portrayed against the New York skyline and the redemptive conclusion through his relationship with Helen (Jane Wyman) were very powerful with brass.

Elmer Bernstein’s Walk on the Wild Side is a jazz-influenced score, the title sequence featuring a slinky black cat stalking the alleyways of New Orleans, but Ziegler and the orchestra failed to find the insistent swing rhythm of the original and the feline was leaden-footed. 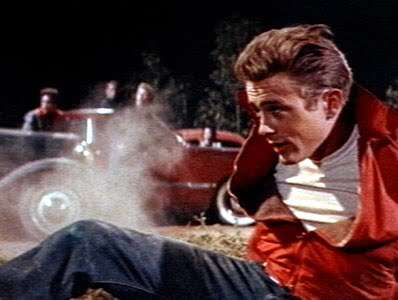 Many people would not automatically classify Nicholas Ray’s Rebel Without a Cause as a film noir, but Leonard Rosenman’s music is ground-breaking. Rosenman, who studied under Schoenberg, blends jazz, romanticism and irregular rhythms in equal measure, the title music including a discordant jazzy saxophone, nicely merged here into a smoother theme but the strings were undernourished. There was good woodwind detail in the more Expressionistic scene where the teens gaze into deep space in the Griffith Park Observatory.

Jonny Greenwood’s Suite from Inherent Vice was a premiere. Paul Thomas Anderson’s film (2014) is an occasionally interesting, frequently tedious, riff on private-eye conventions held together by an attractive score featuring great rock and pop items (Neil Young, The Cascades) and Greenwood’s Hollywood homage, conventional if enjoyable. The selections are of three short movements with some additional orchestration by Ziegler, misty strings and woodwinds in the opening and a well-turned violin solo from Nathaniel Anderson-Frank at the sinuous close. 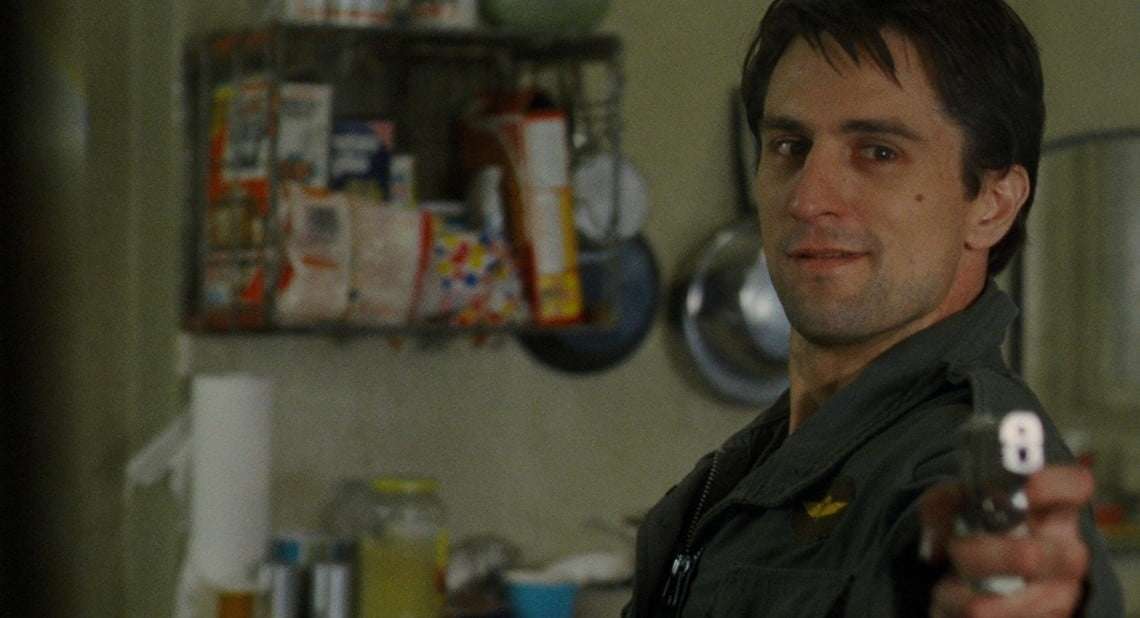 Bernard Herrmann’s final work was for Martin Scorsese’s blood-soaked Taxi Driver. It is an uncharacteristic piece with a broad, bluesy title for alto-sax representing Travis Bickle (Robert de Niro) as he drives through New York. This interweaves with music representing his descent into psychosis with quintessential Herrmann wind sonorities over heavy percussion. Phil Todd’s saxophone caught the feeling idiomatically and Ziegler ensured sinister and moody playing with impressive muted trombones at the close.

Rózsa’s Double Indemnity is a surprisingly stark score for a film that set the benchmark for all noirs. The theme for the ultimate femme fatale Phyllis Dietrichsen (Barbara Stanwyck) is voluptuous but also edgy as she entangles insurance salesman Walter Neff (Fred MacMurray) in a plan to murder her husband. The music represents both the fearful tread of the husband’s crutches and the inexorable march of fate as the couple’s trap closes on the victim and then on themselves. Ziegler launched the insistent theme with menace that leads inexorably to a violent conclusion. It closed an evening of well-chosen programming that demonstrated film noir’s ability to enthral and also reinvent itself.