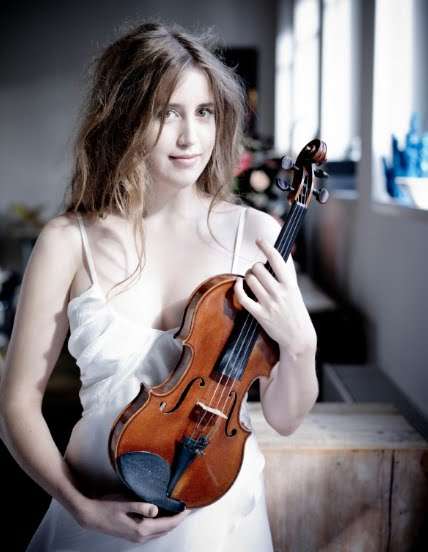 Marking the centenary of Finnish independence – Tsarist Russia had occupied the country since 1809, Sweden for more than six centuries before that – this concert focussed on the music of Jean Sibelius, Finlandia and a complete outing for the Lemminkäinen Legends framing an extraordinary account of the Violin Concerto.

With the Berlin-based Norwegian Vilde Frang you’re never going to get a ‘big’ extrovert performance: her emphasis is on private poetry before public oratory. Her opening entry, against con sordino pianissimo violins on the threshold of audibility, pleaded from a remote distance (tellingly more disembodied and frail than her mezzo forte microphone-influenced EMI recording of the work with Thomas Søndergård). Sometimes her notes floated into the ether like so many smoke rings on a dying winter day. Her cadenza ‘spoke’ rather than rhetoricised, attentive to every nuance. The slow movement took tenderness to the point of pain – daringly quiet sentences under the breath, the gentlest pressure of the bow doing the caressing and communicating. Greater attack informed the Finale, but again it was the intimacy, the delirium of her slurs and staccatos, her double-stops, her harmonics like so many birds flying glaciers and her innate command of agogics that transfixed the imagination. This was story-telling Sibelius removed from the pressures and expectations of the concert stage, Frang’s fragile presence – pre-Raphaelite Lady of Shallot, gazing from around the orchestra to deep across the auditorium – casting a wondrous bard-like magic, Northern and lonely.

Esa-Pekka Salonen – under whose artistic leadership the Philharmonia Orchestra has moved on from being the old post-war Beethoven ensemble of Karajan and Klemperer, the Italian orchestra of Giulini, to London’s radically committed Scandinavian ambassadors – provided Frang with attentive support, managing for the most part to accommodate her dynamic range but occasionally compromising on detail (I would have liked more-incisive timpani). Opting to dampen/terminate the outer movements so abruptly (the final chord of the first is accented, not staccato, followed by a fermata) was needlessly gratuitous. 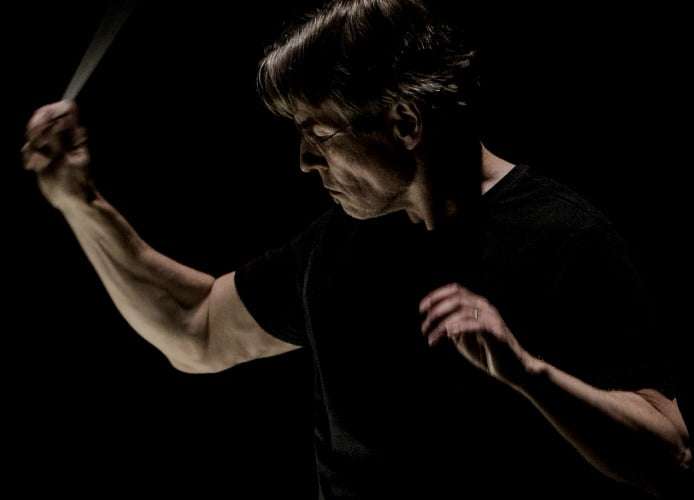 Salonen’s conducting style is one of clear beat, clenched baton charges, transient flippancy, and an energy of gesture every now and again disproportionate to content. Etching a musical structure with clarity and purpose is one of his (composer) strengths, exaggerating contrasts of tempo less so. Finlandia survived its hymnal moments with grandeur and broad phrasing, but, breathlessly brisk, the ‘protest’ Allegro paragraphs, for all their virtuosity and snarling brass, came across more vulgar than turbulent: purposefully timing a Sibelius allegro can be the making or marring of what the man wrote.

Similarly in the Kalevala-inspired Lemminkäinen quartet a tendency to rush the faster sections of the first and fourth inclined to lessen the impact, loosening rather than tensioning the architecture. All told this was a reading, evident beauties notwithstanding, that didn’t fully gel organically. Best overall was the third, ‘The Swan of Tuonela’, Jill Crowther’s cor anglais floating its journey down the river of death in circles of forlorn, ever-increasing sadness. Dispensing with baton, Salonen shaped the texture and chamber dialogue with elegant artistry, creating depth and gravity through carefully enhancing the sostenuto aspect of the score.

Lighting designed by Colin Grenfell, with doses of swirling theatrical haze thrown in to create nebulous aurora borealis-like veils above the stage, added a dimension. Not totally welcome (Finlandia was invasively fussy), yet strangely effective in the largely static Arctic-ice backcloth, darkly glowing blue/green/grey, provided for the Violin Concerto. I’m not sure it’s that much of an asset – what works in the rock industry or show circuit doesn’t necessarily transfer to the classical experience, other parameters taking precedence – but I found myself less distracted than certain others.

Post-concert, a couple of sets of Finnish folk music from Juuri & Juuri in the Clore Ballroom exposed us to a world very different in imagery yet related to Sibelius in its dervish-like pre-occupation with tiny melodic cells repetitiously varied and multiplied. There were intricate moments, and beautiful ones (a slow Christmas carol not least) – laments and lopsided dances, solo and shared vocals, foot-stamping alla rural frame-drums. And a wealth of alien timbres – five-string violin and the Swedish keyed fiddle, the nyckelharpa, played with a small convex bow (Emilia Lajunen); harmonica and a customised harmonium played with locked hands, kantele-style (Eero Grundström).

Ancestral voices, improvisation, and a degree of personalised invention, arrangement and interjection (Grundström) determined the repertory. All was smooth. But not without reservations. Firstly, an unevenly forward amplification of the instruments, taking each out their natural sonic perspective and relational balance. Secondly, endorsing the grimmest of Sibelian images, not a smile between the performers, not a trembling or exchange of body language. Thirdly, the bright, intrusive lighting. A note in the programme book suggested that in these old runes “we can seek the flow [a fiddler] would have found when playing his never-ending tune in the darkening cabin” of a long night, candles flickering in a window quasi Kuusisto/Philharmonia webcam-style. That opaqueness of atmosphere, the smoky gloom, was conspicuous by its absence, needing the rain and chill of Waterloo at a late hour to transport us into a reality of sorts.