Mozart
Piano Concerto No.22 in E flat, K482
Bruckner
Symphony No.6 in A 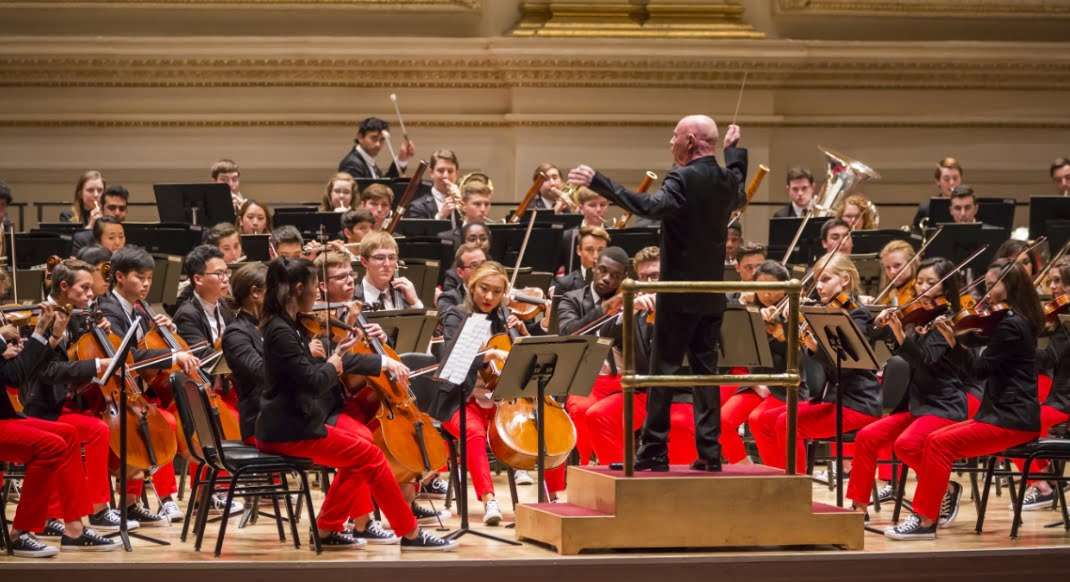 The National Youth Orchestra of the United States of America, a summer program administered by the Weill Music Institute of Carnegie Hall for instrumentalists ages 16 to 19, is now in its fourth year. This performance, conducted by Christoph Eschenbach, was preceded by two weeks of intensive rehearsals and a concert (at the State University of New York in Purchase), and will be followed by a European tour led by Valery Gergiev.

The players, dressed in bright-red pants and black sport coats, made a striking picture on the stage of Carnegie Hall, although their account of Mozart’s brilliantly colourful K482 Piano Concerto was considerably less vivid. Eschenbach set an urgent tempo for the opening Allegro, and the orchestra was not always able to keep up. Emanuel Ax glided elegantly through the solo part, reminding one of Mozart’s oft-used directive that his music “flow like oil”. And, yet, Ax’s fluent playing, while exquisite in its own right, sailed blithely past myriad details, burying magical harmonic changes and melodic twists in its sleek wake. At their best, Mozart’s Piano Concertos convey a sense of character and drama that reminds of his operas. Ax’s playing was, on this occasion at least, pianistic rather than vocal, and the orchestra cannot really be faulted for attempting to provide suitable support.

Happily, any feeling of disappointment was swept away after the interval. Eschenbach clearly has special affection for Bruckner’s Sixth Symphony (he’s recorded it twice), and here he inspired these young musicians to play with profound emotional conviction. Of course, it can be trade-off with younger orchestras: there’s that wide-eyed ardor that’s so rare in professional ensembles, but the strings can lack tonal body, as the players usually rely on relatively inexpensive instruments. And, indeed, there were passages where the NYOUSA’s string section was swamped by the brass, as well as the occasional patch of smudged rhythms (the violins’ tricky off-beat entrances in the Scherzo, for instance). 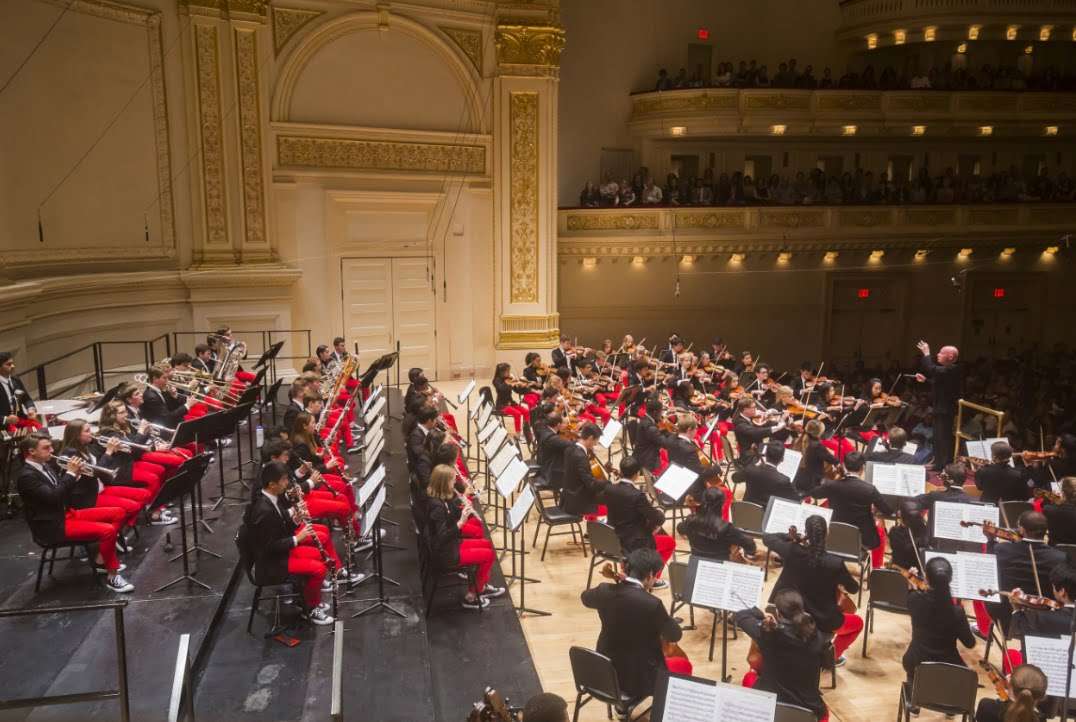 In the end, though, it hardly mattered. Eschenbach gave the players breathing room to dig into their parts, while maintaining a sense of structural tautness, and the result was wholly satisfying. There were some magnificent woodwind and brass contributions throughout, in solo passages as well as the massive tuttis. The coda of the first movement, for example, was breathtaking not only in its power but also its expressive delicacy. The strings’ ensemble playing in the Adagio was remarkably fine, especially given that the musicians have been playing together for a mere two weeks.

The program is changing for the European tour. Gergiev will be conducting Debussy and Prokofiev (with pianist Denis Matsuev) for concerts in Amsterdam, Montpellier, Copenhagen and Prague.