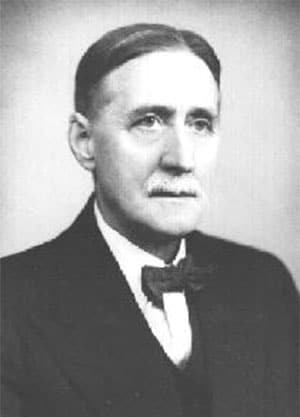 Your correspondent first encountered George Dyson’s music 61 years ago, on taking part in rehearsals for his short setting of the revised text of the Coronation Confortare (“Be strong and of a good courage”) which, although less than three minutes overall, and scored for chorus, organ and orchestra, made the deepest impression. But my enthusiasm was considerably tempered years later when a dear friend, a musician of international renown, said that “Dyson wasn’t a composer at all!”

Well, that put me in my place, but believing that the deepest judgement as to the value of any work is to trust one’s instincts, the thought of hearing the world premiere, no less, of Dyson’s Choral Symphony was too great an opportunity – dear friend or no – to miss, the more so when preceded by very rarely-heard works by Stanford and Vaughan Williams.

Indeed, so rarely-heard that one may doubt if Charles Villiers Stanford’s Concert Piece for Organ and Orchestra had been publicly performed before this, and in some ways (not all) one could understand why. It comes from the time (1921) when Stanford had recently completed his set of five Organ Sonatas, and may be felt to be an epilogue to those works. The organ’s role is very much that of the leader, the orchestra being made up of strings, brass and percussion – exactly the same instrumentation as Malcolm Arnold’s Organ Concerto of 33 years later.

Stanford’s Concert Piece is a fascinating work: at twenty continuous minutes it is not quite a concerto, not quite symphonic, not quite programmatic, structurally largely episodic, momentarily let down by a poor note-spun second subject group that, had one of Stanford’s pupils dared to present him with this material, would have deserved the “It’s all rot, me bhoy!” comment for which Stanford was well-known. Like the two late clarinet quintets, this post-World War One score was not published during Stanford’s lifetime. Perhaps he intended to revise or recast it – certainly, he would have removed that doodling five-finger-exercise tune, the only blot on a landscape that reveals a composer of immense fluency and technical command who was nearing the end of his creative life, at a time when art, especially in music, had been turned on its head. For 95 percent of this work, Stanford could still ‘do it’ – but no-one wanted it any more.

In that regard, it is a tragic score, but musically – and especially structurally – it remains fascinating. We were fortunate in having performers whose respect for the music was self-evident: the balance between Simon Williams’s supremely well-phrased and registered organ and the orchestra was excellent, and co-ordination (even without CCTV, which usually happens on these occasions) and ensemble were excellent. The result led one to think that this is a work which doubtless contains more than could be absorbed at a single hearing. 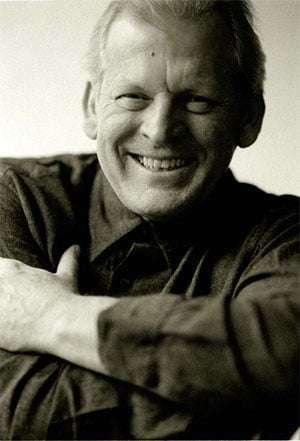 Ralph Vaughan Williams was Stanford’s greatest pupil, and his Five Mystical Songs for baritone solo, chorus and orchestra was completed in 1911, ten years (and a World War) before Stanford’s Concert Piece. A comparison between these two works prompts some interesting thoughts: the Songs reveal a composer at the outset of his career – striding out, as it were, as he had done in A Sea Symphony the year before, and had indicated in Toward the Unknown Region five years before that: but his vision was not that of mystery-mongering, for the final movement of these Songs may be ‘Mystical’ but it is not ‘mysterious’, the quintuple-movement choral plan being one to which RVW returned on several occasions – most notably in the Five Tudor Portraits of 1935.

Such is the certainty that he shows in this work that one may think not one bar of it could have been written by another composer: his character was fully formed by then, a character which we know from earlier performances and recordings Ronald Corp possesses in large measure. With his excellent London Chorus and New London Orchestra those parts of the performance could be taken on trust, but they were enhanced by the participation of Sir Thomas Allen, who was absolutely outstanding in every regard: this sterling artist was a profound joy to hear, inspiring his colleagues to deliver a performance that will long remain in the memory. 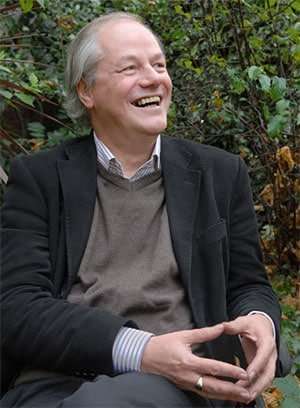 Such performances as these could hardly be described as preludial: but the world premiere of Sir George Dyson’s Choral Symphony of 1910 (sic) was perhaps the main attraction for lovers of English music of the period. Lewis Foreman’s always-informative programme note explained that this work was Dyson’s successful Oxford DMus submission, but it was never performed or published. In that regard, it is not unlike Vaughan Williams’s Cambridge Mass, which was unearthed a few years ago, and found to be an eminently creditable piece of workmanship, possessing an achieved mastery of counterpoint exhibited in probably the longest ‘Amen’ chorus of all time.

Dyson (1883-1964) sets much of the text of Psalm 107 for four soloists, double chorus and orchestra, and lasts around 40 minutes. It is in four movements, and begins with what one can only described as a long orchestral introduction, barely deserving the description ‘symphonic exposition’, although the rising cello line it contains does recur in later movements. There is no ‘development’ as such, merely word-setting and tone-painting. It is all very ‘effective’ (up to a point), and is clearly the product of an intensely musical creative mind, beautifully laid out in both part- and chordal-writing for the choirs, and very intelligently and effectively orchestrated.

Obviously Dyson knew what he was doing and what was expected of him: no wonder he gained his doctorate with this work. Just occasionally, through the slightly watered-down choral and orchestral writing, which shows that Dvořák was a genuine enthusiasm of the young man, one catches glimpses of a stronger creative figure keen to escape from the straightjacket of what was acceptable academically at the time – the remarkable long unaccompanied tutti violin line that opens the slow movement must have seemed then a risky proposition for an academic submission, but Dyson gets away with it, for his control is genuine and expressive. Don’t let’s dwell on the work’s shortcomings, for they are few and far between, and instead praise the score’s genuine qualities brought to us through the efforts of those who managed to bring this very belated premiere to fruition: Dyson’s Choral Symphony certainly deserves to be heard – and recorded, for us to study at our leisure.

The performance was surely exceptionally well prepared, especially from the choral and orchestral standpoints (Dyson’s solo vocal writing – apart from the soprano, who gets the lioness’s share – is all over in 17 bars), and – given Ronald Corp’s empathy with English music of the period – the convincing nature of the performance was such as to satisfy even the most curmudgeonly of critics (which I am not) that this was a project fully deserving of the support from the large audience that turned out to experience a work that was denied their forebears a hundred years and more ago.