The New World Symphony, which describes itself as America’s Orchestral Academy, is a post-conservatory training program co-founded thirty-two years ago by Michael Tilson Thomas. After three years of working with conductors, visiting soloists and orchestral musicians, many NWS fellows go on to become members in orchestras around the United States and abroad. It is based in the magnificent and acoustically outstanding Frank Gehry-designed New World Center in Miami Beach. 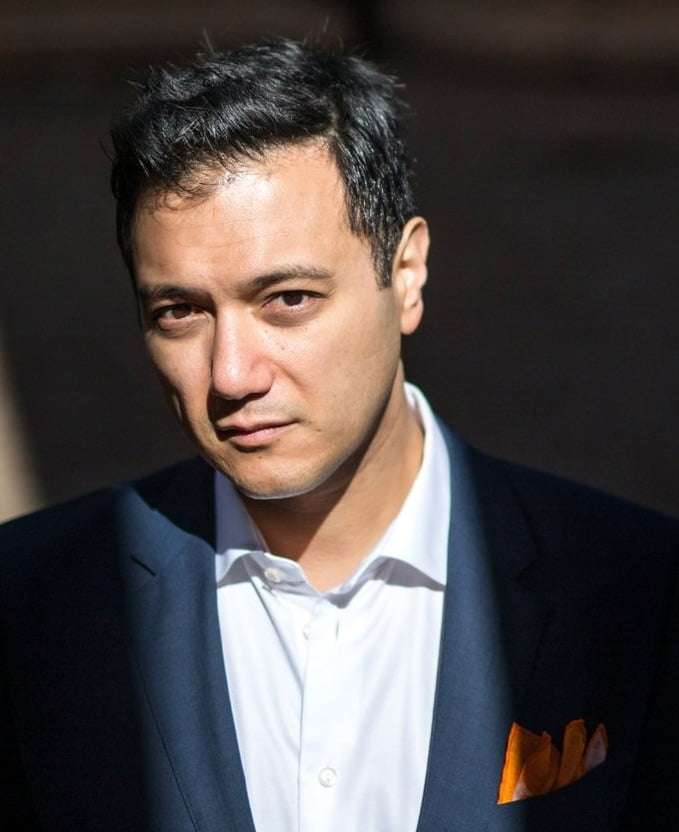 This concert showed off the chamber music talents of the NWS fellows, beginning with a superb reading of Maurice Ravel’s Introduction and Allegro, which is in essence a mini-concerto for harp. The Érard company commissioned Ravel to compose this work in order to show off its double-action pedal harp, which allows the performer to change the pitch of the strings so that it can play in any key. Ravel responded to the challenge by putting the harp through its paces, including a variety of arpeggios, glissandos, harmonics and lyrical melodic passages, in all of which the excellent soloist, NWS alumna Grace Browning, demonstrated great virtuosity. Jack Reddick on flute (a typical complement to the harp in French music) along with clarinetist Jesse McCandless created an ethereal atmosphere and added interesting textures by trills and flutter-tonguing. A string quartet ably led by violinist Sergio Carleo completed the accompanying ensemble, with violinist Ka-Yeon Lee, violist Marlea Simpson and cellist Amy Sunyoung Lee aiding in providing harmonic and melodic support.

The program’s billing as “The French Voice”, referenced the remainder of its first half, in which tenor Nicholas Phan performed music by Camille Saint-Saëns and Francis Poulenc, as well as contemporary American composer Jake Heggie’s homage to Poulenc. In Saint-Saëns’s Violons dans le soir (Violins in the evening), Phan was accompanied by pianist Thomas Steigerwald with Michael Turkell playing a darkly romantic violin obbligato, gaining in intensity as Phan, singing a poem by Anna de Noailles in French, compared the violinist’s bow to a red-hot “voluptuous dagger” that tears at human flesh.

Cocards was an early success for Poulenc that brought the twenty-year-old composer to the attention of the musical establishment, and he soon was recognized as one of ‘Les Six’ (along with Darius Milhaud, Arthur Honegger, Georges Auric, Louis Durey, and Germaine Tailleferre). Phan rattled off three nonsensical poems by Jean Cocteau in which the last syllable of a word often becomes the first syllable of the next one, this device also being reflected in the successive titles of the poems: ‘Miel de Narbonne’, ‘Bonne d’enfant’ and ‘Enfant de troupe’. Cocteau’s comic verse is rife with circus allusions, and Poulenc matches it with witty music, delightfully performed by Phan and an odd ensemble resembling a rag-tag marching band: violinist Zachary Ragent, Gianluca Farina on cornet, Guangwei Fan on trombone, and percussionists Michael Daley and Kevin Ritenauer playing bass drum, cymbal and triangle.

Cocards was followed by Heggie’s engaging 2008 work, Friendly Persuasions: Homage to Poulenc. Singing in both English and French, Phan gave sensitive, atmospheric renditions of its four songs, each focused on a person who interacted with Poulenc in a significant way. In the baroque-tinged ‘Wanda Landowska’, Phan sang of a supposed meeting with the famed harpsichordist in which she importuned Poulenc to complete the concerto she had commissioned from him, while also offering the composer important life advice. ‘Pierre Bernac’ touches on Poulenc’s relationship with the baritone with whom he often toured, and ‘Raymonde Linossier’ is a threnody, mourning the untimely death of Poulenc’s friend from childhood. ‘Paul Éluard’ paints a bleak picture of time Poulenc spent at the poet’s Paris home during the Nazi occupation. Reddick and Steigerwald on flute and piano respectively, joined by cellist Ben Fryxell and clarinetist Kelsi Doolittle, enhanced the auras created by the texts of each of the four songs.

After intermission, an entertaining performance of Mozart’s String Quartet in C, K157 demonstrated Mozart’s growing maturity – he was just seventeen when he wrote this work – right from the charming theme that began the Allegro. Gabe Napoli’s viola lent a mournful quality to the Andante, and Dillon Welch on first violin dazzled in the concluding Presto. Violinist Jung Eun Kang and cellist Emily Yoshimoto rounded out the excellent quartet.

Phan returned for the concert’s concluding work, Schubert’s ‘Auf dem Strom’ (On the River), with Wesley Ducote’s fine piano accompaniment suggesting rippling water, and Roy Femenella gorgeously intoning the horn obbligato. The song, premiered on the first anniversary of Beethoven’s death, was an homage to the revered composer, even quoting the funeral march from his ‘Eroica’ Symphony. Sadly, Schubert himself died just eight months later. As Phan sang Schubert’s magnificent setting of Ludwig Rellstab’s poem of farewell, describing the protagonist’s emotions as he sails downriver past familiar locales toward the ocean, the horn underscored his increasing distance from his beloved, and his ultimate isolation as the shore disappears from sight.

Twenty-one NWS fellows in all took part in this chamber music concert alongside Phan and Browning – a vivid demonstration of how this ‘Orchestral Academy’ is preparing well-rounded young musicians to join the ranks of orchestras and chamber ensembles.