Gilbert & Sullivan
Iolanthe, or The Peer and the Peri – Comic Opera in two Acts; libretto by W. S. Gilbert with music by Sir Arthur Sullivan

New York Gilbert & Sullivan Players returned to its new home to kick-off its forty-first season with three performances of Iolanthe, this matinee being the final one. Albert Bergeret, the company’s founder and artistic director, regards Iolanthe as his favorite G&S opera, and he directed it lovingly, bringing out aspects of the plot and music that touch parts of us other than just the funny-bone.

This production has been revived several times, but Jack Garver’s attractive sets and Gail J. Wofford’s costumes – especially the robes and coronets of the peers – have never looked better. The theater’s excellent acoustics complimented all the performers, and dialogue came through with clarity. The cast included veterans and those who have joined the company more recently, all completely attuned to Bergeret’s traditionalist approach, into which occasional contemporary references were interwoven.

At the center of Iolanthe’s plot is a pair of young lovers, Strephon and Phyllis, he an Arcadian shepherd who is the offspring of a fairy mother and a mortal father, and she a shepherdess who is a ward in Chancery with whom the entire membership of the House of Lords are enamored. When the Lord Chancellor refuses to permit the pair to marry, Strephon is comforted by his mother, Iolanthe, but this appears to Phyllis and the peers as a dalliance with a seemingly younger woman, so Phyllis angrily breaks off their engagement. When Strephon calls upon the Fairy Queen for help, the peers are pitted against her troupe with hilarious consequences as Strephon is sent to Parliament with both Lords and Commons under a spell compelling them to support his every whim. 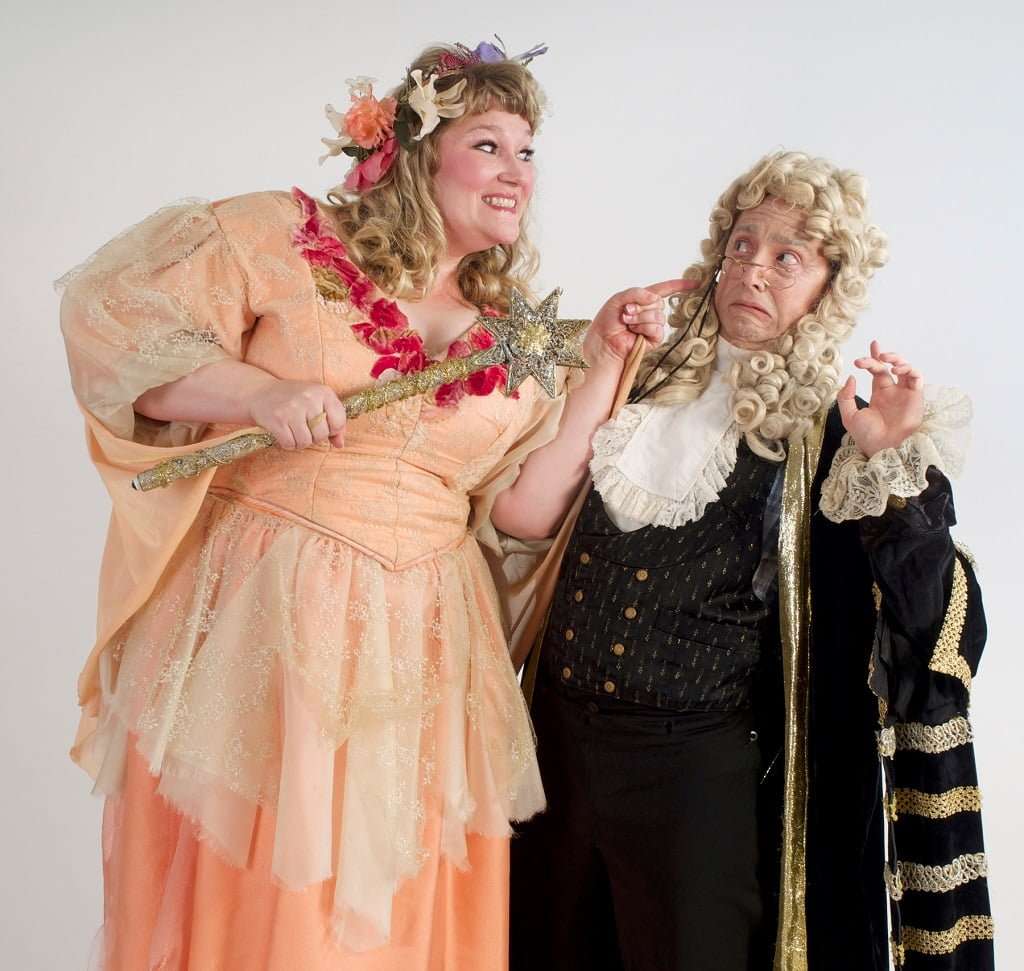 James Mills was superb as the Lord Chancellor. His tuneful patter in the ‘Nightmare Song’ was flawless, and he was equally adept in dialogue, song, and dance. As the two party leaders and rival suitors, Daniel Greenwood and Matthew Wages were brilliantly matched, singing marvelously as they vied for Phyllis’s hand, and then bringing exquisite comic timing to the scene in which they agree to abandon their pursuit of the shepherdess, realizing that their long friendship was paramount. They encourage the Chancellor to marry Phyllis in the charming trio, ‘If you go in’, setting the stage for the dramatic climax – Iolanthe’s final plea on Strephon’s behalf in Erika Person’s eloquent rendition of ‘He loves! If in the bygone years’. When Iolanthe is forced to disclose to the Chancellor that she is his wife and Strephon is his son, she subjects herself to the penalty of death under fairy law, which forbids marrying a mortal. Happily for all, the Queen spares Iolanthe – and her sister fairies, all of whom have married peers – by amending the rule to require every fairy to wed a mortal, so the peers leave Parliament to join their betrothed in Fairyland.

As the lovers, David Macaluso and Laurelyn Watson Chase were charming in the lyrical ‘None shall part us from each other’ and, after their reconciliation, the lively ‘If we’re weak enough to tarry’. Angela Christine Smith gave a strong portrayal as the Fairy Queen, adding topical humor to Gilbert’s original list of threats to the peers, and Jennifer Piacenti and Amy Maude Helfer were fine as her stalwart lieutenants. Merrill Grant as Fleta was an energetic presence and delightfully amusing.

Gilbert’s barbs, though directed at the Lords and the Court of Chancery, still ring true in today’s intensely partisan US political atmosphere. Wages’s stirring rendition of Mountararat’s ‘When Britain really ruled the waves’, a paean to legislative inefficacy, connected with this audience, as did Private Willis’s astute observations in ‘When all night long a chap remains’ – that everyone is born either a liberal or a conservative, and that legislators follow their party leaders rather than their consciences. David Wannen was outstanding in his portrayal of the Grenadier Guardsman, who ultimately agrees to marry the Fairy Queen to “save a female in distress.”

The ensembles of fairies and peers were excellent, clearly intoning Gilbert’s words and Sullivan’s music and dancing nimbly David Auxier’s superb updating of Janis Ansley Ungar’s original choreography. The entrance of the peers was a particular highlight, as was the extended Act One finale, which combined fine vocal solos, choral numbers and intricate movement.