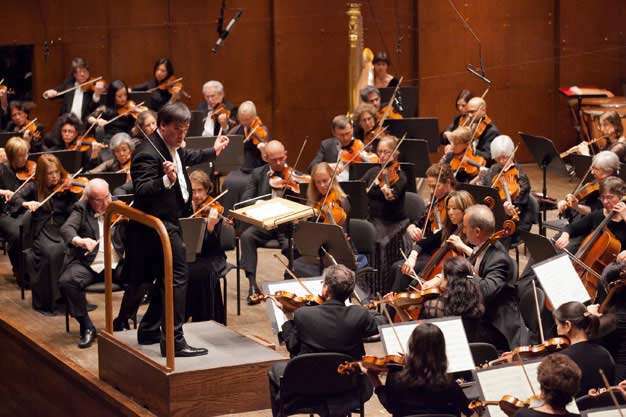 It is heartening to note the remarkable upsurge of talented young musicians these days. One such is Israeli-born, New York-based Inon Barnatan, recently named the New York Philharmonic’s first-ever Artist-in-Association for three years. In this performance of Ravel’s G major Piano Concerto, his playing had vigor, energy, enthusiasm and personality. In the opening movement, he heightened the contrast between lively passages, bursting with vitality and imbued with quirky jazz tidbits, and the quieter moments, evoking a dreamy lyricism, that was most captivating during his wistful treatment of the passage that preceded the ‘Can-Can’ reference. With virtually flawless technique, Barnatan playfully engaged Ravel’s splashy passagework, highlighting the many witticisms. The slow middle movement had a songlike quality infused with tender-hearted nostalgia, and in the Presto finale, his virtuosity imparted a sprightly, elfin character that was simply magical.

The concert began with Nyx, written in 2010 by Esa-Pekka Salonen, who is slated to begin a three-year appointment as the Philharmonic’s Composer-in-Residence this fall, and who also has been the subject of recent speculation as a possible successor to Alan Gilbert when he steps down as music director in 2017. Nyx refers to the ancient Greek goddess of night, who was associated principally with creation myths. The contrast between light and darkness pervades the work’s alternately sparse and dense textures, bathed in a brilliant display of instrumental coloration. A mystical atmosphere dominates the softer sections, enhanced by lyrically floating and fluttering string figurations and vibraphone resonance. Principal clarinetist Anthony McGill’s solos, rendered with a quasi-oriental quality, aptly evoked the elusive spirit of the mythical goddess in a confluence of high and low registers. Billowing cross-currents of string arpeggios were like gossamer wings taking us on journey, but never reaching a destination. We are transported as if at warp speed, yet moments of almost absolute stillness seem to keep us suspended in space. 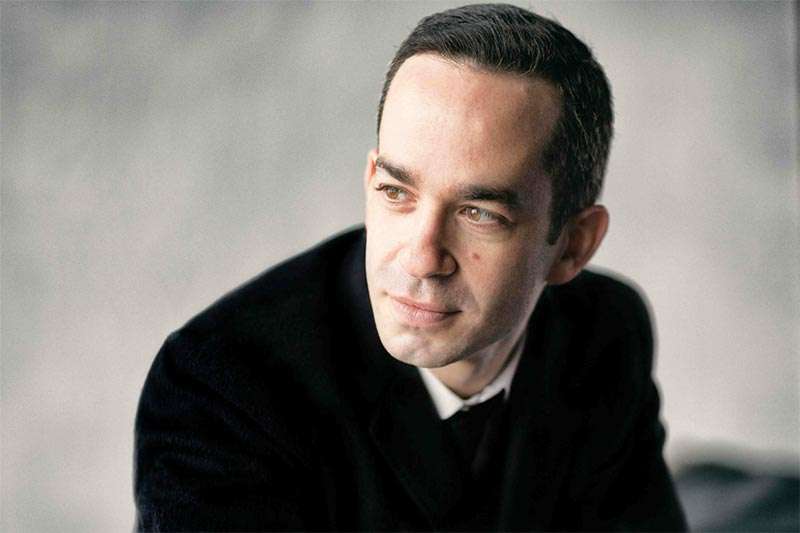 The orchestra was only moderately successful in evoking Salonen’s fascinating effects. The vibrant colors and variegated shadings seemed underdone, consequently depriving the performance of a goodly measure of atmosphere, character and drama, as well as spatial dimension. Gilbert clearly knows the score well, but was more intent on managing the instruments in minute detail than on evoking the special aural soundscape that is the work’s principal merit. Textures were certainly transparent, yet only toward the close did this account come alive with vibrant intensity until the music was scattered to the far winds. The audience reacted fervently when Salonen appeared to acknowledge the applause. Nyx is recorded on Deutsche Grammophon, conducted by the composer.

The second half began with Debussy’s final orchestral composition, Jeux. As a ballet the work was never successful; however this synoptic synthesis has been recognized as possibly the best of Debussy’s works, certainly the most seminal. The storyline is a tennis match involving a young man and two girls: a bit of flirtation arouses much jealousy. The music is an evocative orchestral poem. Here the score’s luminescent colors and delicate shadings emerged splendidly, its rhythms handled expertly. The interplay among two clarinets, strings and harp toward the close was especially beautiful.

Although Gilbert captured the spirit and evanescent quality of Debussy’s music he fared less well with Der Rosenkavalier. There is some mystery about who was responsible for this Suite. Richard Strauss made two Waltz Sequences shortly after the opera was premiered, in 1911, but the author of this 1944 transcription remains uncertain, usually taken to be by conductor Artur Rodziński. Gilbert has replaced the ending of the Suite with the conclusion of the opera itself, with instruments taking the vocal parts.

The performance unfortunately lacked the gemütlich quality that makes Strauss’s music so engaging. The violins made every effort to generate that languid, free-flowing style that is a quintessential element of the music. But the ‘Presentation of the Rose’ seemed too casual for what that great producer and lecturer Boris Goldovsky called “the most beautiful passage in all of opera”. Baron Ochs’s lazy music was nicely done. I suspect that those of us who have a passion for the ‘Trio’ in Act Three will never be satisfied with an orchestra-only version. I think Gilbert’s emendation of the scene that closes the opera is a wise choice.