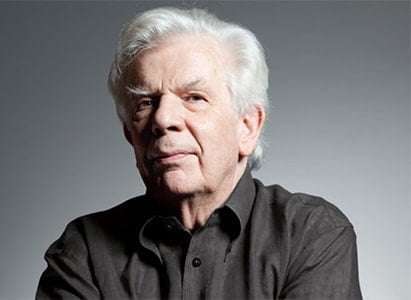 In October 2000, the Cleveland Orchestra under Christoph von Dohnányi, then its music director, opened the Carnegie Hall season with a gala concert that paired Brahms’s Second Piano Concerto (with Maurizio Pollini) and Schumann’s Second Symphony. Dohnányi had hurt his right shoulder carrying a suitcase full of scores and thus had to communicate his intentions without beating time, using only body language, nods, and shaping the music with his left hand. It turned out to be one of the most enjoyable and expressive performances I had ever heard him give.

Now, at age 84, it would be reasonable to expect Dohnányi’s conducting style to have become similarly economical. However, he seems to have lost none of his habitual vigor, and here led an emphatic and energetic performance of the same Schumann Symphony. One might quibble with the choice of a particularly slow opening tempo, making it even more difficult than usual for the brass to precisely place its sixteenth notes, but by the time the Allegro arrived the pace was perfect for expressing the movement’s buoyancy without making it seem superficial. Schumann called for the scherzo to follow with the same metronome marking of 144 to the quarter note, a demanding challenge to the violins, met with aplomb, and the pertinent use of having the two violin sections sitting antiphonally spotlighted the interchanges between them. Another kind of highlighting unfortunately showed up some of the weaknesses of the evening. In the Adagio, which relies heavily on the woodwinds to sustain long, expressive lines, they did not project ideally, and did not measure up to the Philharmonic’s usual beauty of sound and artistry – perhaps because most of the wind principals did not play in this concert. By the lively finale the strings again displayed their virtuosity and, a characteristic of Schumann’s orchestration, the winds and brass mainly doubled lines and provided harmonic support. 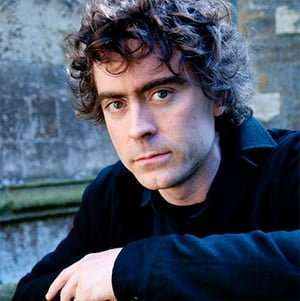 Yet, while the overall sound of the orchestra was pleasantly round and warm in lower registers, it seemed distant and turned somewhat thinner and shriller as the pitch rose. In addition, the woodwinds and cellos were under-balanced, the trumpets were too prominent, and the timpani, not always entering precisely, had to be quieted by the conductor several times.

These issues of balance also hampered the opening work, Brahms’s Piano Concerto No.1. Moreover, Dohnányi and Paul Lewis seemed to have agreed on a scaled-down approach to the piece, playing down its power in favor of a leaner sound. With the orchestral introduction, Dohnányi emphasized the lyrical elements, and Lewis took special care to continue in the same vein – at the expense of the majesty and impact this work can generate. Lewis’s instrument did not help him much either – a bright Steinway that produced neither Brahmsian mellowness nor the volume needed to soar over the orchestra at the big moments. It served the pianist best in the slow movement, and in the lighter moments of the rollicking finale. While Lewis gave a respectable performance overall, it was not particularly impressive, failing to explore the full range of the work’s dramatic potential. One was left to wonder whether he would have been better advised to choose a smaller-scale work for his Philharmonic debut.