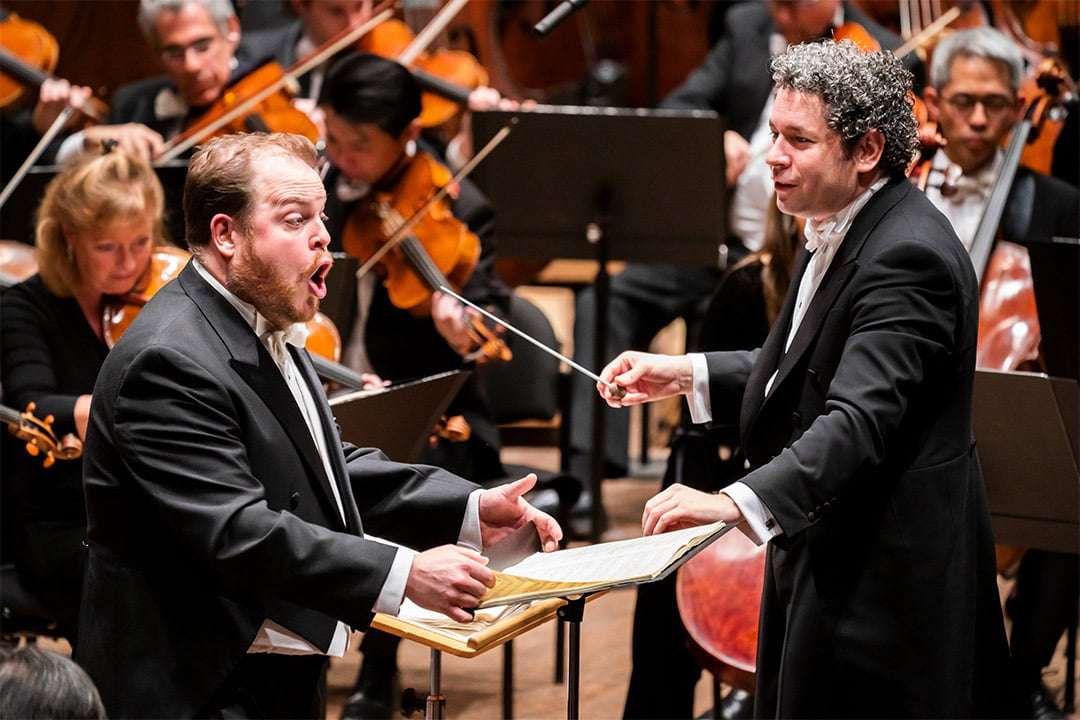 Gustavo Dudamel’s latest venture in what is projected to be a complete Mahler symphony cycle was the main attraction of this program: Das Lied von der Erde – Mahler called it a symphony. Joining Dudamel and the New York Philharmonic: mezzo-soprano Michelle DeYoung, who has had much experience performing Mahler’s music, and tenor Andrew Staples, who made his Met debut this season as Andres in Wozzeck—a last-minute substitute for the indisposed Simon O’Neill.

Dudamel, possibly hampered by having but one rehearsal with Staples and having to hold the orchestra at bay to accommodate DeYoung, rendered a mild reading of this intensely dramatic work. He concentrated on precision and coordination between the orchestra and the soloists, and although the Philharmonic musicians played splendidly, climaxes in the outer movements seemed rather threadbare, diminishing their dramatic impact. His rather routine, temperate and under-dramatized reading thus was only moderately effective.

Staples’s effort to engage with the text of the first of the six movements, ‘Das Trinklied vom Jammer der Erde’ (The Drinking Song of the Earth’s Sorrow), was successful, his properly malevolent characterization expressing the nihilism of the modern era. He approached the fifth movement, ‘Der Trunkene im Frühling’ (The Drunkard in Spring) in much the same way, aptly expressing its cynicism. His light-hearted manner in the third movement, ‘Von der Jugend’ (On Youth) was delightfully characterful. 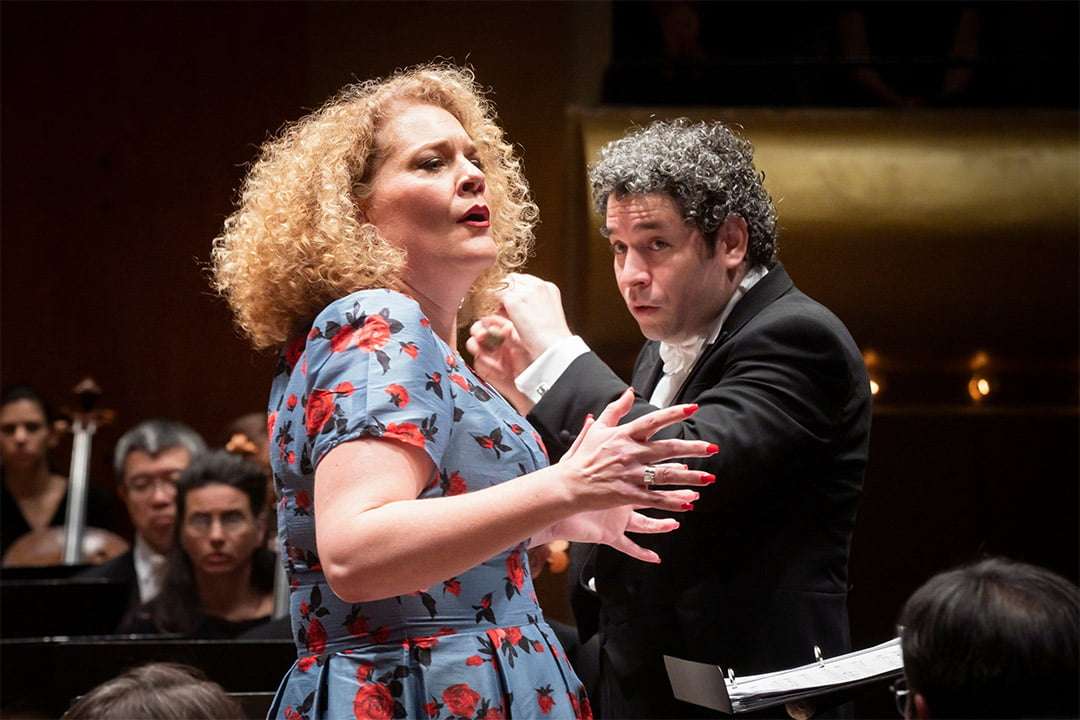 For the most part, DeYoung acquitted herself quite well, making every effort to control her sizable voice, singing softly when called for and mostly demonstrating her comprehension of the profound meaning conveyed by the ancient Chinese texts (translated into German by Hans Bethge). Her efforts to capture the sense of loneliness and near desperation that characterize the second movement, ‘Der Einsame im Herbst’ (The Lonely One in Autumn) were quite moving, although she had some difficulties during the vocally challenging fourth movement, ‘Von der Schönheit’ (On Beauty), miscarrying an important ritard and barely getting through the rapid passage that describes the bold intrusion of the young lads on horseback. Her soulful reading of the transcendental final movement, ‘Der Abschied’ (The Farewell), contained some quite lovely passages, enhanced by sublime expression. But, it was a mistake to sing the concluding verse, “Die liebe Erde allüberall blüht auf im Lenz” (Everywhere the lovely earth blossoms forth in Spring) in full voice when Mahler goes to great lengths to direct that it be sung very softly (ppp), as if emitted as an almost inexpressible inner revelation. At the close, however, DeYoung softened each succeeding repetition of “ewig”, giving the impression that they gradually dissolved into Eternal Being.

The concert opened with Schubert’s Fourth Symphony, curiously subtitled as ‘The Tragic’, for, except for the main key of C-minor, there is little in the work that could be characterized as such. Here Dudamel did an admirable job of balancing early romantic elements (influenced by Beethoven) with the otherwise late classical character of the middle movements. Tempos were well conceived and lyrical lines well shaped and embellished with strong accents, particularly in the first movement. Refined elegance well suited the slow movement; while the minuet was charming if somewhat restrained. By contrast, the Allegro finale was energetic, its themes exquisitely shaped and its impulse spirited. Overall, Dudamel’s reading and the NYP’s excellent playing produced a thoroughly delightful performance.