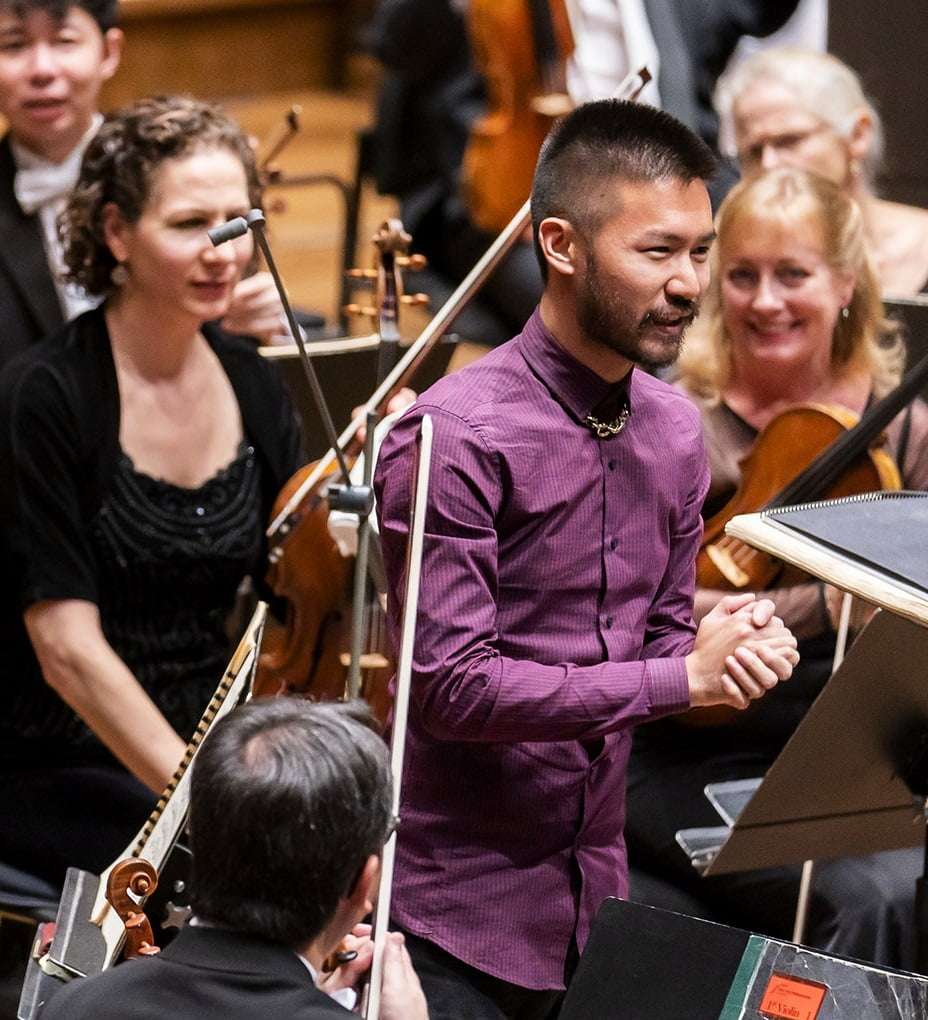 For his second program as music director of the New York Philharmonic, Jaap van Zweden combined the contemporary with the traditional, joining Conrad Tao’s Everything Must Go with Bruckner’s Eighth Symphony. As will become obvious, the use of the word “joining” should be emphasized. Although on the surface an unlikely pairing, Tao’s piece is strongly influenced by Bruckner’s masterwork.

Few have had such a meteoric career as the twenty-four-year-old American-born child prodigy, Conrad Tao, pianist and composer. Everything Must Go is the fifth work by Tao to be premiered by van Zweden.It is brief, around eleven minutes, and employs a large orchestra, including numerous percussion instruments. Tao provided a few starting points to explain this music: the image of a cathedral gaining sentience as it melts; French Overture rhythm, with its dots and double-dots; cinematic title sequences; and other influences. What is unclear whether these high-minded and intelligently conceived mannerisms “must go” or are intended as functional staples of the music itself. Titles of music are sometimes obscure, puzzling or ambiguous. The work opens with a fanfare of sorts for violins with brass cut off repeatedly by whacks of the slapstick. Huge, distorted outbursts bombard what is left of the fanfare. Then the music softens and sinks into the lower depths, becoming strangely ominous and generating an eerie atmosphere as if portending another onslaught. Jagged rhythms become increasingly profuse, creating billows of sound that recede into soft shudders penetrated by percussive shots that seem bent on doing more damage, finally engendering an aura of mystery … then without the slightest pause, we suddenly found ourselves hearing the opening of Bruckner’s Eighth! 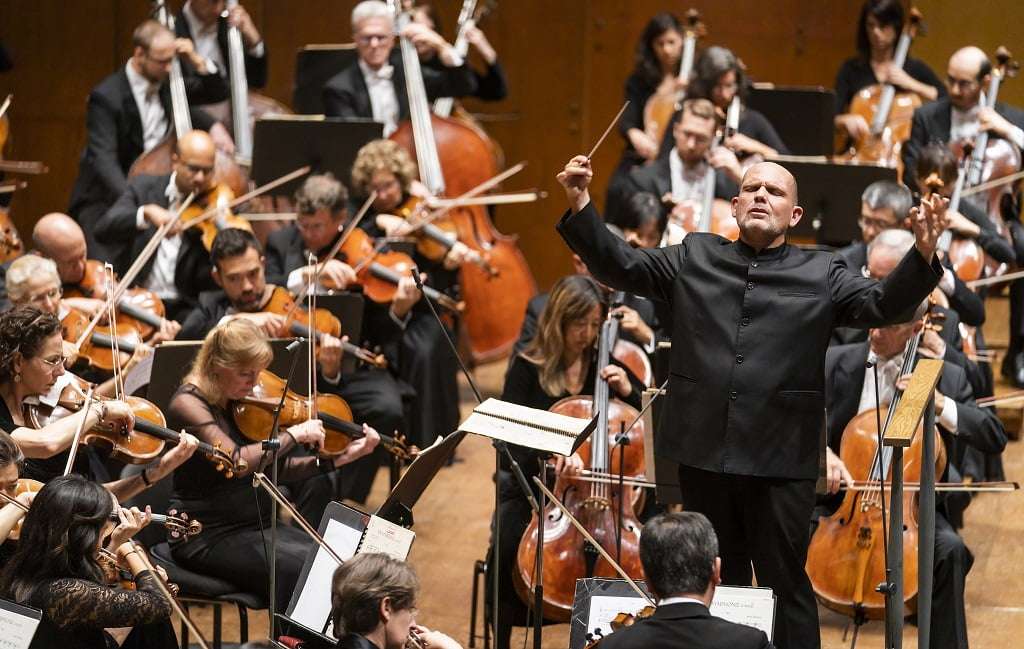 Van Zweden and the Philharmonic gave a very impressive performance, eliciting much power and dynamism in the opening movement’s dramatic first subject, enhanced by resilient brass and complemented by rhapsodic treatment of the lyrical second theme. Clarity and structural cohesion were additional strong points here and throughout. An energetic impulse kept the Scherzo’s principal section moving forward smartly, while a touch of mystery after the climax receded and slight rubato inflections during soft passages that followed had a caressingly romantic quality.

The Adagio was simply sublime; its Heaven-storming motif had all the power and grandeur required without any hesitations or heavy underlining. Although the several build-ups to a climax seemed to lack sufficient urgency, when it came to the passage that gradually reaches upward, van Zweden started slowly and paced the approach brilliantly, so that the highpoint felt as if the sky had opened. The violins’ lyrical passages were heart-rending and cello passages were stunningly rendered.

The Finale, the beginning of which reminds of John Williams’s music for the Star Wars films, was ablaze with fervent intensity and fortified with magisterial power, principally emanating from stentorian brass and vibrant strings. During the denouement of one climactic passage, van Zweden added an interesting touch by having the brass crescendo on an up-swinging phrase. His approach to the conclusion began slowly. It gradually increased in tempo and dynamic level until reaching the principal tempo and a fff statement of the main theme, ending with emphasis on the descending last three notes cueing a deserved ovation.