This unusually structured program opened with Brahms’s ever-popular Violin Concerto, with the Dutch violinist Janine Jansen. Playing the 1707 “Rivaz, Baron Gutmann” Stradivarius, Jansen produced a stunningly pure and vibrant sonority that embellished her deeply expressive style with sweetness and delicacy. Her technical prowess was note-perfect, and her delivery combined intensity, agility and softly caressing lyricism, notable especially in the first movement. Her reading of the cadenza by Joseph Joachim – for whom Brahms wrote the work – was extraordinary: alive with vigor and enthusiasm. She generated a captivatingly dreamy atmosphere during the Adagio and gave a dynamic performance of the finale, negotiating its technically daunting passages with ease and flair. 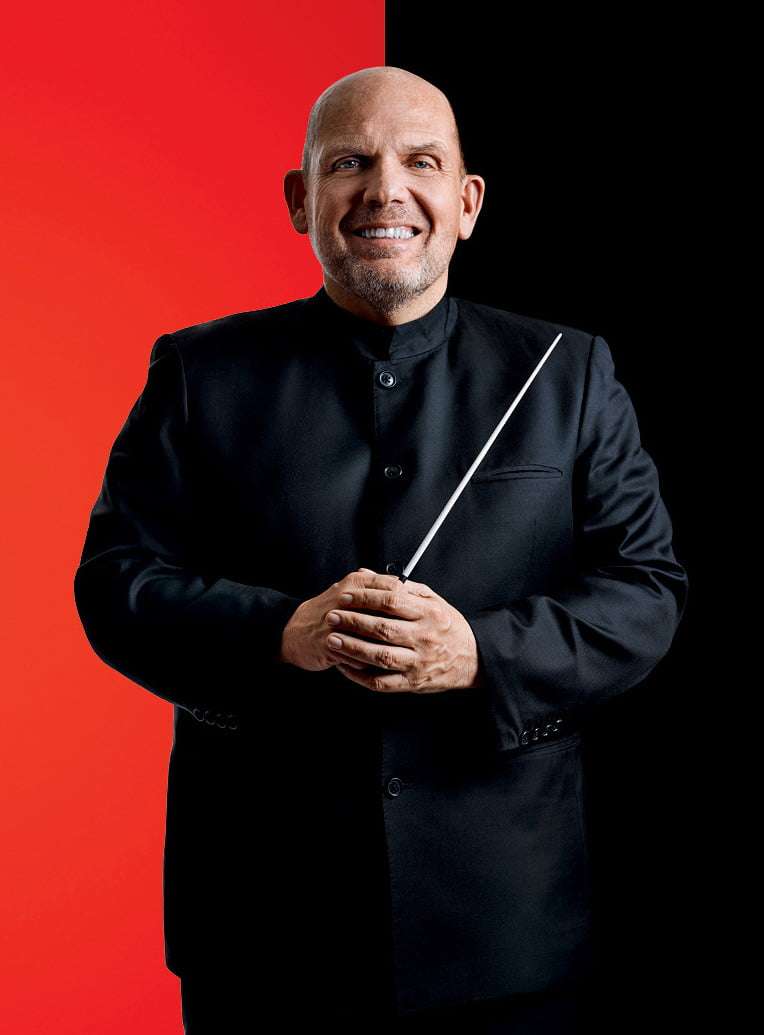 The audience demanded more, and got an encore of Loure from J. S. Bach’s Partita Number 3 in E-major (BWV1006). She played this entrancing piece with delicacy and flowery expressiveness.

After intermission the world premiere of a 15-minute composition: Stride, by the Cuban-born composer Tania León, jointly commissioned by the NYP and The Oregon Symphony as part of Project 19, under which works were commissioned from 19 women composers to celebrate the centennial of women’s suffrage (the passage of the 19th-Amendment to the U.S. Constitution that gave women the vote).

León is a truly remarkable example of the American dream. After having studied piano in her native Cuba, she left for the U.S. to settle in New York City and earned a bachelor’s and master’s degree from New York University. Her strong interest in Latin American music resulted in her becoming music adviser on the subject for the American Composers Orchestra. She was later one of the founders of the Sonidos de las Americas festivals, and was both founder and Artistic Director of Composers Now, which helps contemporary composers of diversity. From 1993 to 1997, she was New Music Adviser of the New York Philharmonic, and began to develop a conducting career. León teaches music at Brooklyn College and at the CUNY Graduate Center. In 2006, she was named Distinguished Professor of the City University of New York. She has received several awards and honors, including the New York Governors’ Lifetime Achievement Award and Grammy nominations for Best Contemporary Classical Composition.

In her compositions León concentrates on chamber music, although she also has several orchestral works and ballets to her credit. Her opera Scourge of Hyacinths received the BMW Prize for Best Composition during the 1994 Biennale in Munich and her work-in-progress in this genre is Little Rock Nine, about the integration of Arkansas’s public schools.

Stride is indicative of León’s interest in American music, but is also heavily influenced by African rhythms. According to the composer, the title connotes “[s]omething that is moving forward.” She dedicated the work to Susan B. Anthony, a leader in the fight for women’s suffrage, and to those women who have achieved celebrity since the 19th-Amendment was passed. The expansive instrumentation includes a barrage of percussion instruments, including marimba, bongos, vibraphone, roto-toms, sand blocks, crotales, djembe (a tuned drum of West African origin), timbales, tambourine and sizzle cymbal. The work opens with soft, sustained string tones that introduced resounding brass tattoos which return occasionally as the work progresses. It is rhythmically charged with punctuating strokes and fragmentary figures that flit about nervously but also seem to motivate the works “striding” forward. Although basically not melodic, strings occasionally generate some lyricism. The embellished percussion ensemble is featured in a few aleatoric passages. León’s creative use of the orchestra is especially distinctive. A mélange of contrasting sounds propelled by African rhythms here swept the music forward with riveting intensity, sometimes generating a chaotic profusion that was overwhelming. Clearly, León is a dynamic force in modern composition.

The program concluded with a rather brash and sometimes bombastic rendition of Richard Strauss’s Suite from his opera Der Rosenkavalier. Although played brilliantly by the NYP – which was in top form throughout the concert – some passages seemed rather overbearing. Jaap van Zweden captured the sheer joy of the work’s sumptuous waltz tunes with ardor and grand sweep. Strings shone brightly, woodwinds were clear and assertive, and the brass (especially the horns) resounded above the throng with stentorian luminosity. Strings were bright and articulate. Structurally, there was a discomforting, sometimes overbearing forcefulness that threatened the music’s otherwise sensuous beauty, but for the most part the performance radiated a vivid, ardent character that captivated. This is music to be enjoyed for the sheer fun of it, and van Zweden and the NYP pulled out all the stops to make that happen; an excellent conclusion to an exceptional program.