Casanova – ballet in two Acts to choreography by Kenneth Tindall to an original scenario by Ian Kelly and Kenneth Tindall, adapted from Ian Kelly’s biography of Casanova [London premiere] 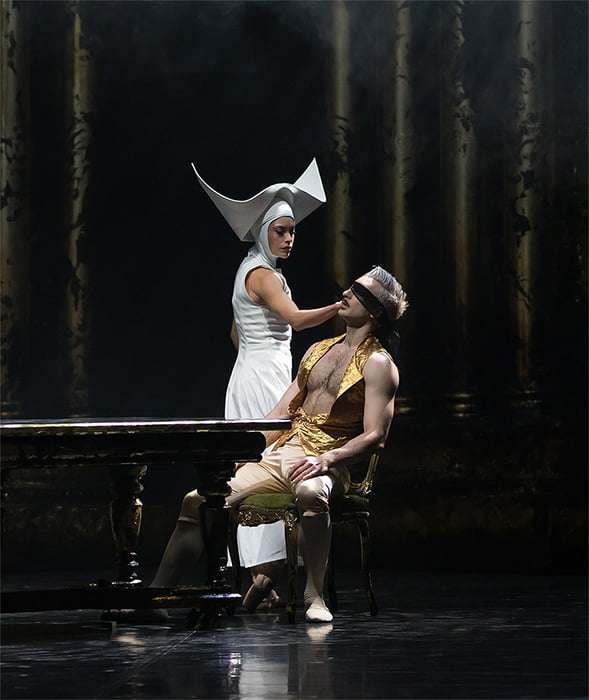 There is much to recommend Northern Ballet’s newest work, Casanova – above all, it looks splendid, Christopher Oram’s glamorous sets and costumes are artfully lit by Alastair West, and an engaging company dance full-out in this tale of more than the carnal adventures of the eponymous hero. Oram’s three block set is masterful, moving to create different locations, sometimes internally lit to produce shimmering grandeur, sometimes opened up to reveal walls of salon mirrors, and his use of furniture and props to evoke period and place is judicious. The heavy opulence of the Venice of the first half, all shadows and old gold is particularly successful. The male cast (and some cross-dressing females) wear eighteenth century wigs, which makes the decision to allow Casanova to sport his own hair, albeit dyed white, somewhat curious and not a little jarring.

The story is intriguing; using Ian Kelly’s biography of Casanova and his subsequent scenario for this dance work, choreographer Kenneth Tindall (ex-company principal) explores aspects of the man’s life and deeds other than his infamous amorous adventures. And herein the problem: Casanova the virgin, Casanova the Enlightenment thinker, Casanova the tortured soul – they may all be true, but they are just a tad uninteresting compared with the Casanova the love machine of popular belief. Tindall would have us believe that he was a good lad, more sinned against than sinning, not least by the sinister Inquisition who he has stalk the alleyways of Venice in a decidedly dastardly fashion. Clad in floor-length cassocks and prowling menacingly, they are more Dan Brown than the priesthood of the Most Serene Republic, a government which itself could give the Inquisition a few lessons in dealing with its enemies. 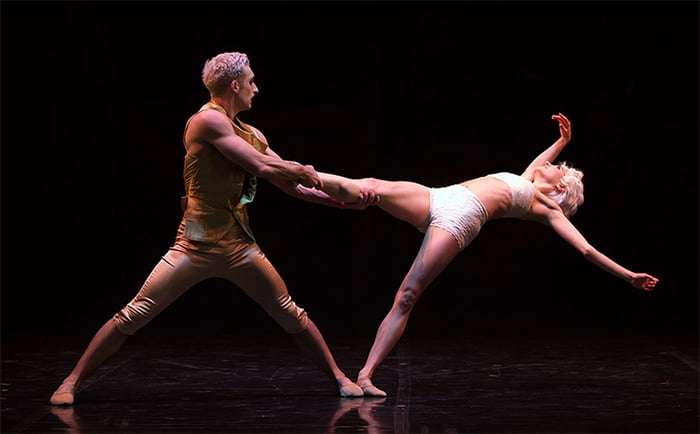 The filmic quality of this ballet is emphasised by the episodic nature of its structure – it is really a series of vignettes from Casanova’s action-packed life – and Kerry Muzzey’s score, which is more cinema soundtrack than anything, pumped full of heavy percussion, sinister strings and crashing tutti to indicate moments of crisis. It is perhaps the weakest element of this dance work, a somewhat plodding score, decidedly four-square and lacking in rhythmic variety, despite a spirited rendition by the Northern Ballet Sinfonia under John Pryce Jones.

Tindall’s choreography is also a mixed bag. He clearly understands the stage and how to use it, deploying his dancing forces with real skill and creating often striking stage pictures. At his best, he brings characterisation to the movement itself, such as with the three musicians whose leaping and fast footwork clearly evoke virtuosity on their instruments; his orgy scene with Casanova and sundry partners is a clever depiction of what cannot be shown on a public stage. But there is much story to get through in his scenario and therefore much mime and gesture, leading to several scenes which are drawn out and without much actual dancing. When he does get going, there is a tendency to staccato choreography, bursts of movement and steps which then freeze into poses and tableaux; it is rare for there to be any length of continuous movement which achieves a sweep – he comes close in some of the pas de deux, but Muzzey’s score is a hindrance, rarely taking flight in an arc of sustained invention and thus choreography follows suit. His movement palette seems influenced by some elements of Christopher Wheeldon in his fusion of classical dance and more contemporary use for the torso, and strains of Jiří Kylián and his followers.

In the second French Act, there is a confusing focus on two women, Bellino, a woman dressed as a male castrato, and Henriette, an abused wife, both of whom Casanova seems to consider as the answer to his priapic problems and his desire to settle down. They both existed in the real Casanova’s life, but in a ballet, a simplification might have been clearer. The problem with Tindall’s depiction is that it is all rather sanitised and lacking in any sense of danger or, indeed, sex – for a story littered with rampant nuns, a voyeur cardinal and a sister seduction double act, one could have hoped for more, but they all grapple and contort without hitting the balletic G-spot that Kenneth MacMillan, say, identified so accurately. 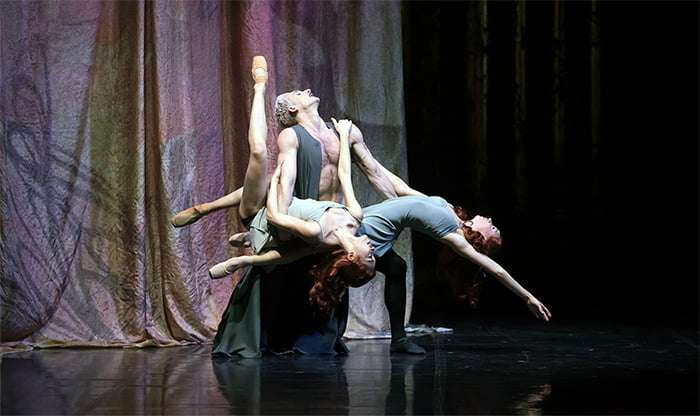 The company’s dancers give all their worth, none less so than Giuliano Contadini, an Italian sharing the same initials as the character he plays, who has a whale of an evening, appearing almost constantly throughout. He sails gamely through it all in a role which requires more dressing and undressing than perhaps any other, much emoting, agonising and, finally, rutting. The magnificent lighting which casts such eloquent shadows for the stage picture works slightly against him, as his features are not always clear. Javier Torres made his mark as Bragadin, a senator whose tastes run to Casanova himself, but who settles for being his patron and protector, and Victoria Sibson as a blowsy, likeable Madame de Pompadour. Elsewhere, other characters were less well drawn through no fault of the dancers concerned – Voltaire was made into a slightly camp aesthete sporting a wig of cocker spaniel proportions and a shiny floor-length housecoat, hardly right for the giant of the Enlightenment.

Northern ballet is known primarily for its narrative tradition, a particular form of danced drama in which the dancers excel; Tindall has identified a genuinely interesting story and done much with it, and the company respond with genuine engagement. His next work will be awaited with some anticipation.