Britten
Curlew River, Op.71 – A parable for church performance to a libretto by William Plomer [based on the Japanese Noh-play Sumidagawa by Juro Motomasa] 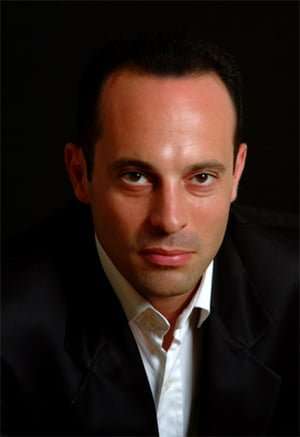 One trembles at memories of indignities heaped upon Benjamin Britten’s Curlew River, his masterpiece of musical and dramatic sparseness that transforms Sumidagawa’s Japanese Noh-play into a Christian miracle play of exceptional intensity – and it’s probably Britten’s Christianisation of the parable that has caused such extremes of directorial wriggling.

This Britten centenary staging by Richard Williams (which is touring later this month to Presteigne and in October to Canterbury and Oxford in a double-bill with Sally Beamish’s new Hagar in the Wilderness) for Nova Music’s debut, honours the spirit of the original staging, but its emotional directness is not nearly so mannered or contained. The framing device of monks processing through the church to the performing area for their re-enactment of the Madwoman’s story touches on a very English, self-conscious seriousness but expanded it very effectively. The billowing turquoise cloth drawn over the platform became the river that separates west from east, the striving and tension from Buddhist acceptance, and the raising of a sail signified the river-crossing. The Abbot’s cross and Kimono-like costume suggested an east-west fusion, and the distressed glamour of the Madwoman’s crimson gown and her odd headdress was suitably crazy. The motion of the nine monks was well choreographed and fluently executed, with the various groupings creating some powerful images, providing enough space to allow music and development its dominance – the result was overwhelming.

Mark Milhofer, a tenor who has made the Madwoman role his own, gripped from the start. He tempered the ritualisation with visceral physicality – which you could imagine not going down well at Aldeburgh – and he has a voice to match, with a ringing, superbly focussed upper register. He became one of Britten’s great outsiders, the person one avoids, with astonishing directness, nailing the Madwoman’s obsessive grief from the start with Britten’s brilliantly imagined, haunting refrain on “Let me in. Let me out.” 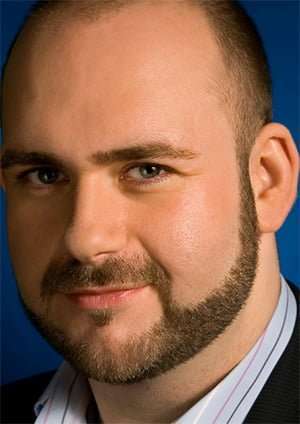 Owen Gilhooly’s Ferryman was just as fine – bracingly robust and almost denying the role its mythic status, thus making it all the stronger. From his heartless mimicking of the Madwoman’s keening to his astutely observed growing sympathy for her, Gilhooly’s performance had a vivid presence, with singing of unflagging perception and energy.Christopher Fowler was an expressive, uneasy Traveller, and Stephen Holloway evoked the Abbot’s impersonal gravitas, both singers ramping up the music’s dreamlike quality to considerable effect. The spirit of the dead boy was heard, finely sung by Nina Vinther, but, wisely, not seen, just indicated with a Loge-like flickering light.

Britten intended Curlew River to be conductor-less, which must have required acres of rehearsal time – and I’m sure that the performances I’ve seen have at least been directed from the chamber organ. The ensemble of seven instrumentalists sounded completely at home with the music’s layering of entries and discreet deference to the Noh sound, leaving George Vass, who, it was clear, knows the score intimately, free to draw a marvellously integrated response from the singers. It was also enthralling hearing the opening chant dissolving into the music of the parable, and Vass also made sure we heard how Britten put elements of A Midsummer Night’s Dream and War Requiem to use, albeit pared down to the bone. Among the instrumentalists there was a fine Curlew flute from Joanna Shaw, almost a character without words, and excellent harp-playing from Rachel Wick. What a visionary work and what a deeply satisfying performance.